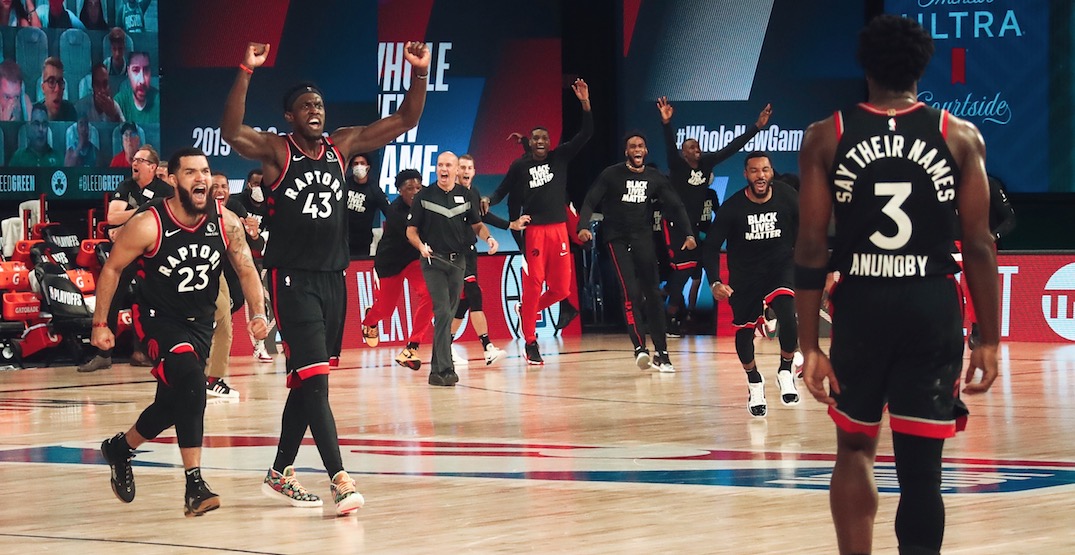 In an offseason where news of first half relocations and depressing departures were more common than happy hellos, the Raptors fanbase got a dosage of good news on Monday afternoon.

Forward OG Anunoby signed a four-year, $72 million contract extension that kicks in for 2021-22 and keeps him with the organization through 2024-25, signalling a new path forward for the Raptors after saying goodbye to Marc Gasol and Serge Ibaka earlier in the fall.

The first big contract of his NBA career, Anunoby joins Pascal Siakam and Fred VanVleet as the trio of current starters to sign long-term deals with the franchise.

And though he’s still got a year left before he officially starts getting paid big money, the pressure is now on for Anunoby to live up to the signing.

Where does Anunoby fit in?

The short answer? Wherever you want him to play.

A big bump in minutes this past year saw Anunoby’s box score stats hit career highs in every major category, with the challenge now there to see if he can replicate that jump once again.

But if you ever wanted proof that growth isn’t always linear in sports, Anunoby would be a great case study. After a solid rookie season where he cracked the starting lineup in 2017-18, the trade for a legitimate superstar in the same position in Kawhi Leonard relegated Anunoby off to the bench most nights the following year.

Anunoby then missed the entirety of the Raptors 2019 championship run due to an emergency appendectomy just prior to the playoffs, before regaining his starting role this past season. He actually started more games than any other Raptor in 2019-20, and in any era where load management is increasingly more common, Anunoby’s durability and versatility is a positive asset for any coaching staff.

It’s clear that Anunoby is by now a solid contributor on one of the NBA’s better teams, but the commitment the Raptors made shows that their expectations for his continued development are extremely high.

Head coach Nick Nurse had this to say on Tuesday:

"He hopefully understands he can become one of the league's elite defenders," – Nick Nurse says of OG Anunoby. "I love that part of the game." He's looking for continued development in transition and the post, etc, and he thinks his growth is accelerating.

Meanwhile, the praise extended to the front office.

“OG is the epitome of the skilled, powerful, determined player we want in our organization long-term. Remember, he doesn’t shoot to miss,” general manager Bobby Webster said in the team’s press release. “We’re really pleased that OG will be with us for seasons to come.”

It’s not hard to imagine he’ll see more of the ball with the departures of Serge Ibaka and Marc Gasol. The only newcomer to the starting lineup right now is centre Aron Baynes, who shoots less on average than either Gasol or Ibaka did while in Toronto.

Anunoby’s potential further offensive emergence could free up opportunities for Siakam, who cracked his first All-Star roster last season but struggled mightily come playoff time when looked to as a #1 option.

No play to date encapsulates Anunoby’s fit on the Raptors better than his buzzer beater in Game 3 against the Boston Celtics in the second round of this summer’s NBA bubble playoffs. As you might remember, Anunoby ruined a chance for the Celtics to go up 3-0 in the series with a perfect three-pointer off a beautiful assist from Kyle Lowry.

If you watch the play develop again, you see clearly what makes Anunoby such an attractive option for the Raptors. OG creates his own space and winds up uncovered after a defensive miscommunication sees the Celtics focus their energy on everybody but where the ball ended up. And that’s basically what Anunoby  is: quiet, not overly flashy but dependable night in and night out.

How many times has Lowry bought Anunoby dinner?

In the current Raptors hierarchy, Anunoby likely sits fourth behind some combination of Siakam, VanVleet, and the elder statesman in Kyle Lowry, who has one year remaining on his current contract at age 34.

Anunoby made a splash in the basketball community earlier this summer when he signed with Klutch Sports and NBA super agent Rich Paul. Paul’s reputation for being a major influence in the NBA market with clients like LeBron James, Anthony Davis, and Ben Simmons, there was talk that Anunoby would cash in elsewhere the first opportunity he got.

It was a bit tongue-in-cheek, but after seeing years of Toronto athletes departing for different avenues, it was still enough of a concern that the Raptors project could lose yet another piece. While those rumours ultimately came to pass, Anunoby’s deal is a very significant but not crippling investment for Toronto.

Per Spotrac, Anunoby’s  $16 million per year contract comes in as the 12th most expensive cap hit for small forwards starting in 2021-22, sandwiched between the names of Bogdan Bogdanovic and Davis Bertans, both very respectable veterans in their own right.  To earn his deal, Anunoby’s targets should be to be about top-15 in his own role, a very achievable task given his resume thus far.