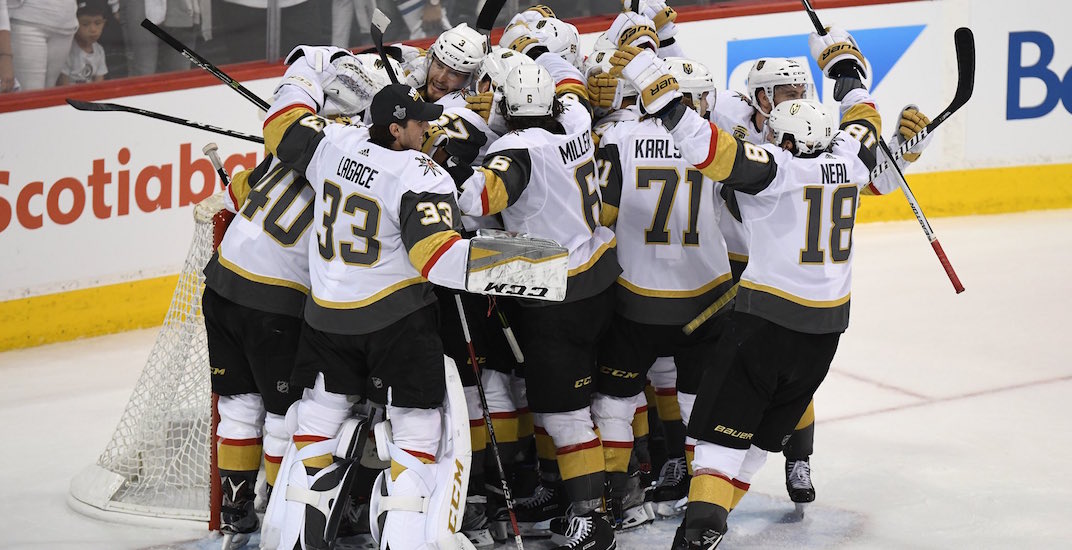 The Vegas Golden Knights are off to the Stanley Cup Final in their first year of existence, after a 2-1 win to eliminate the Winnipeg Jets in five games.

The game-winner was scored by Winnipeg native Ryan Reaves, who scored his first goal of the playoffs midway through the second period.

Vegas goaltender Marc-Andre Fleury continued his great play this spring, stopping 31 of 32 shots he faced. Fleury was also responsible for the team touching the Clarence Campbell Bowl, continuing the tradition of his old team in Pittsburgh.

While the Golden Knights aren’t the first team in NHL history to qualify for the Final in their first year of existence, they’re the only one to do it against top competition. The St. Louis Blues qualified for the Cup Final in 1967, but that was when the NHL split their playoffs between expansion and original six teams.

The ultimate underdog is not only for real, they’ve got a very real chance to win it all. Vegas will now get a week off before they find out their opponent – Tampa Bay or Washington.

You ready for the Stanley Cup Final??? pic.twitter.com/EorXOYNIaY