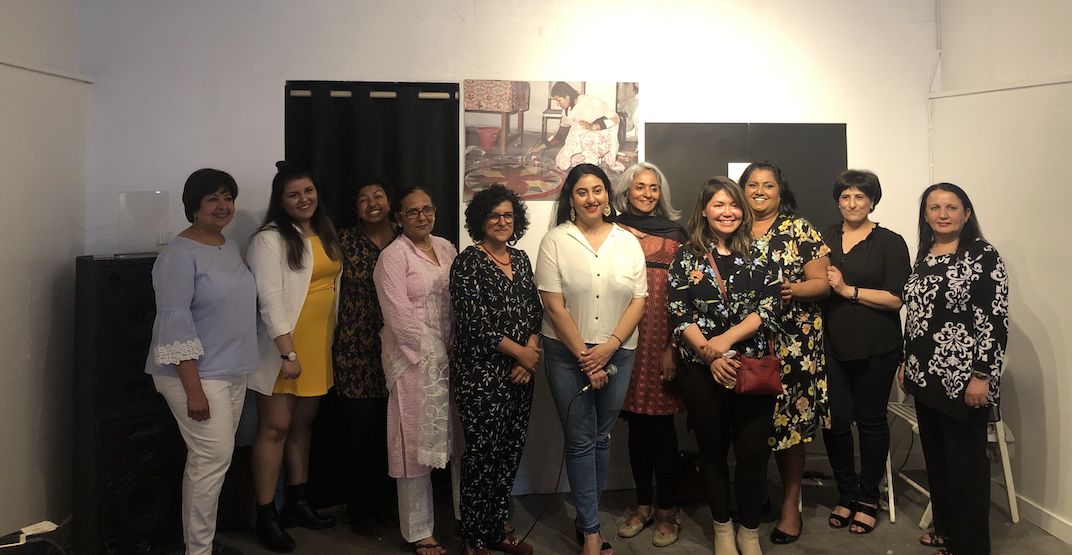 “Himmat: Celebrating the Women Around Us” is a photo-gallery exhibit profiling women within the South Asian diaspora in Vancouver, highlighting their unique stories and experiences.

“It’s often that we get asked to tell our stories as women of colour, only because we are women of colour,” says Vancouver School Board Trustee Jennifer Reddy, whose story was featured at the event.

The event was put on by South Asian creative collective Didihood, and 5XFest, a brand and online community that champions South Asian youth culture. 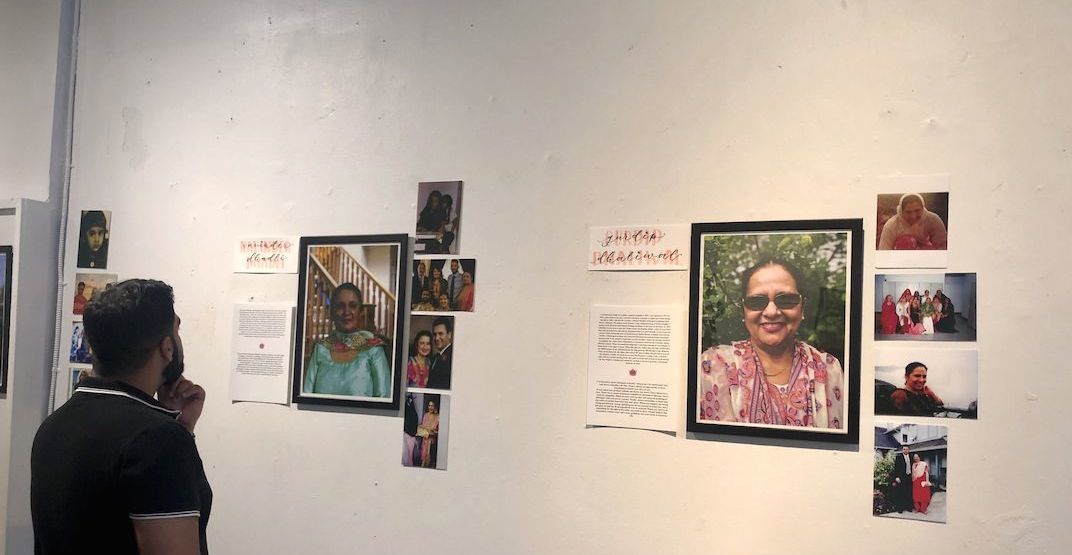 Himmat, in many South Asian languages means “strength,” and the exhibit showcased the lives of 10 diverse South Asian women from different walks of life.

“Himmat is usually thought of as a masculine word, so we named our event Himmat as a counter to that narrative by highlighting the strength and resilience of the women featured at our event,” says Roohi Sahajpal, co-founder of  Didihood. 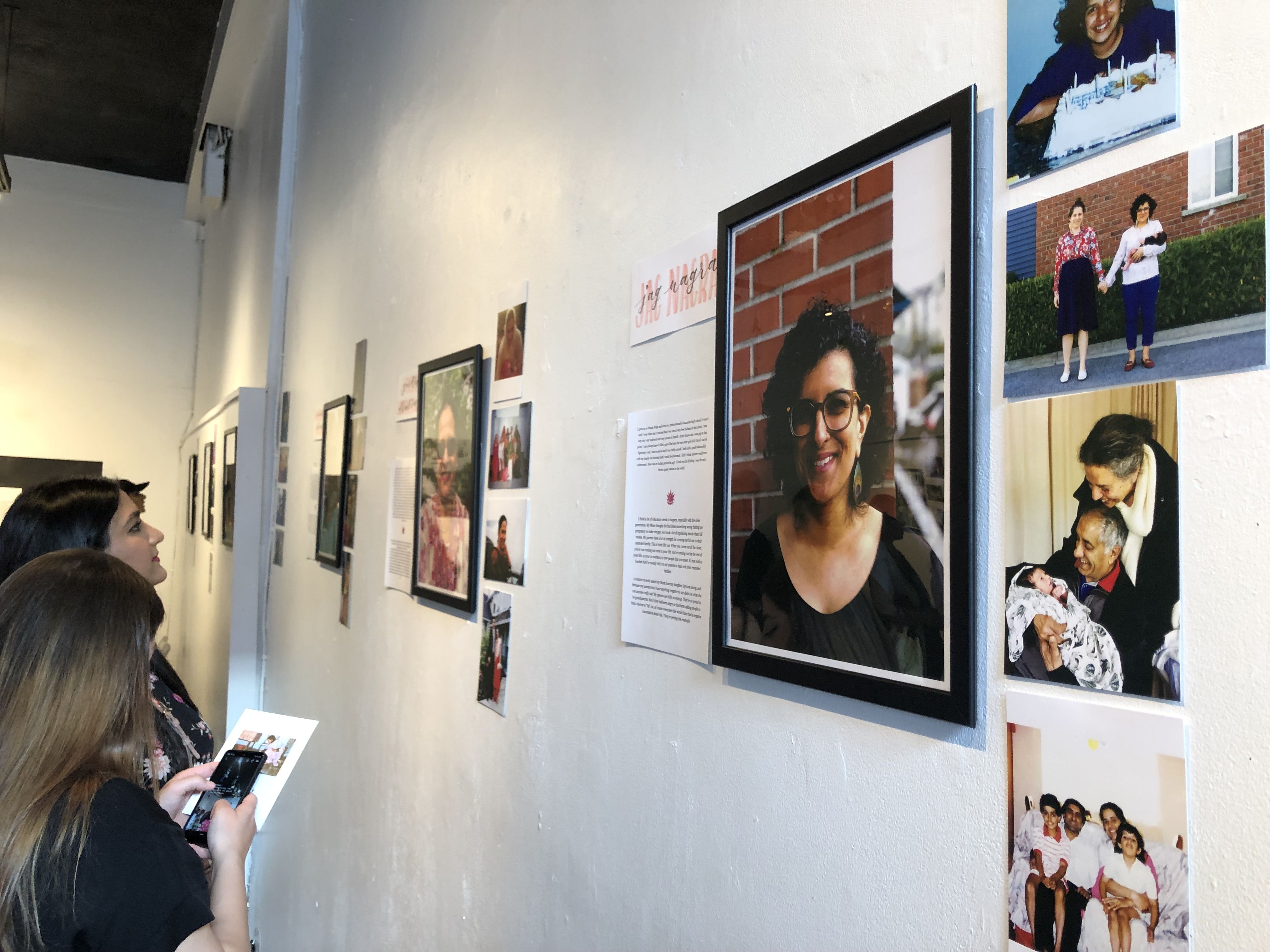 Jag Nagra responded to the call-out for the event, which was looking for South Asians with unique stories.

“I grew up thinking I was the only queer Indian in the world — that was my reality. I didn’t have any role models, I didn’t know other brown people were gay, so I think being able to share my story now, hopefully has an impact on other people who may be closeted or may be struggling with their own families,” says Nagra.

Despite both organizers being in their 20s, they had a desire to represent, learn, and hear from women from the generations that came before them.

“We found that there was no truly diverse project that highlighted the triumphs South Asian women have achieved in their lives – especially South Asian women from the generations before ours, who often get overlooked even though they play an integral role in our community and are the bridges between our generation and where we come from”, says Jagreet Dhadli, Community Manager of  5X Festival.

The event aimed to represent women from diverse religious and cultural backgrounds within the South Asian community, including women from Punjab, Fiji, and Afghanistan sharing their stories of strength and survival. 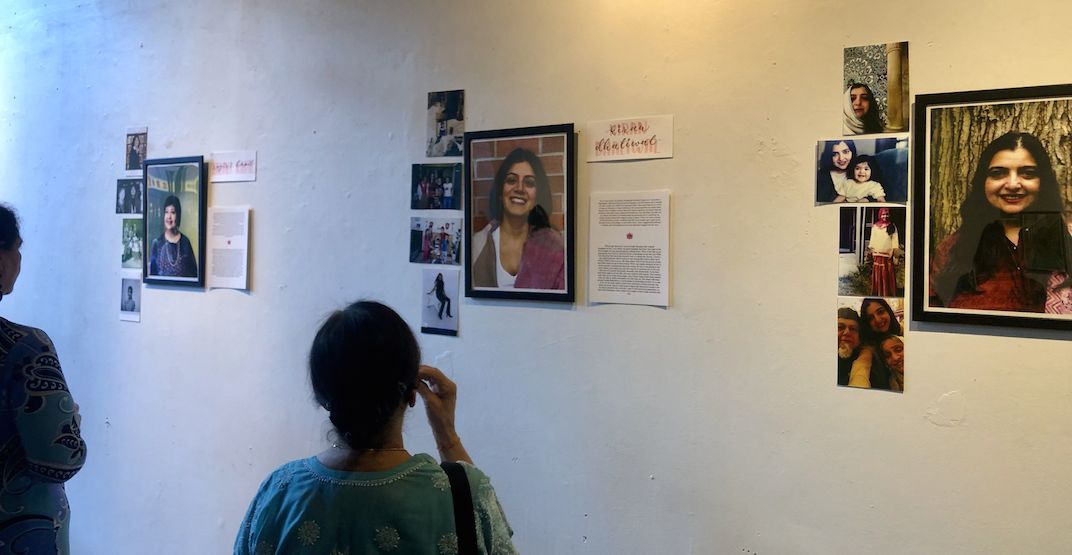 “I think about all of the stories that are going untold, or partially told because they are not being told by the right people,” says Reddy.