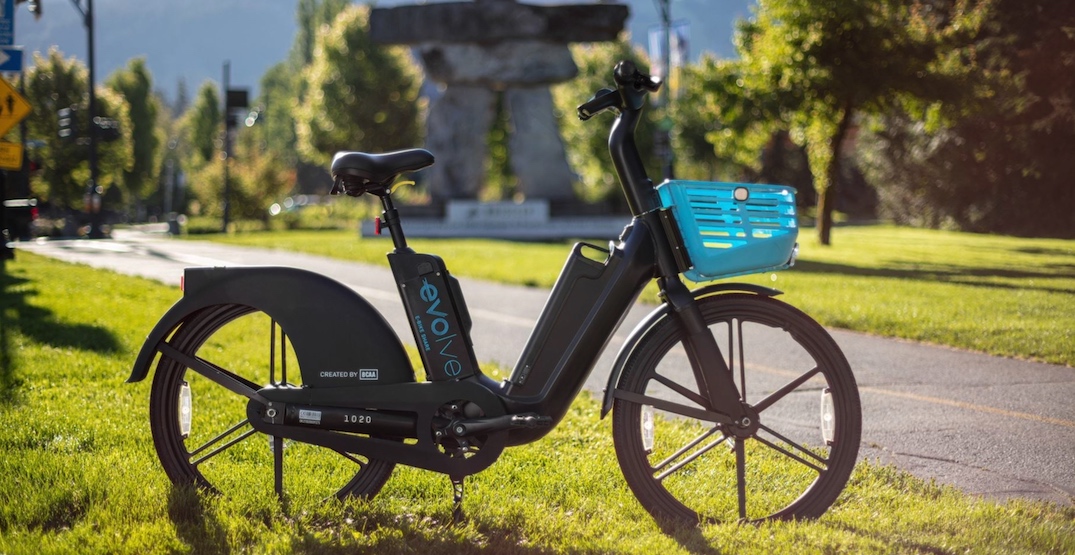 BCAA, which owns and operates the car share operations, initially launched Evolve earlier this year for the use of private organizations and companies in Vancouver, but as of this month it is now making it widely available in Whistler, in an attempt to gradually scale the service.

A total of 60 Evolve e-bikes will be made available through the Evo car share smartphone app starting this month. Similar to the apps of other e-bike and e-scooter share operators, the Evo app allows members to see where the nearest e-bike is located, book it, and start and end each trip. Each device includes a provided helmet.

The cost of using Evolve for each trip is $1.00 for the unlock fee, plus $0.35 per minute. For trips over 59 minutes, there will be a flat $20 per trip fee. All fee revenues collected by BCAA will be donated to local charities.

This pilot project will run for three months through the middle of fall 2022.

According to Jack Crompton, the mayor of Whistler, the Evolve pilot project is intended to reduce the number of short trips currently being made by private vehicles.

If the pilot project proves to be a success, a permanent bike share program could be launched in Whistler in 2023.

“We’ve customized our Whistler service for local needs and look forward to helping the Resort Municipality of Whistler learn how this sort of creative solution can play a big role by reducing emissions and lessening the burden on parking in the village and at the municipality’s increasingly busy destination parks,” said Kyla Way, the senior manager of strategic venues for BCAA.