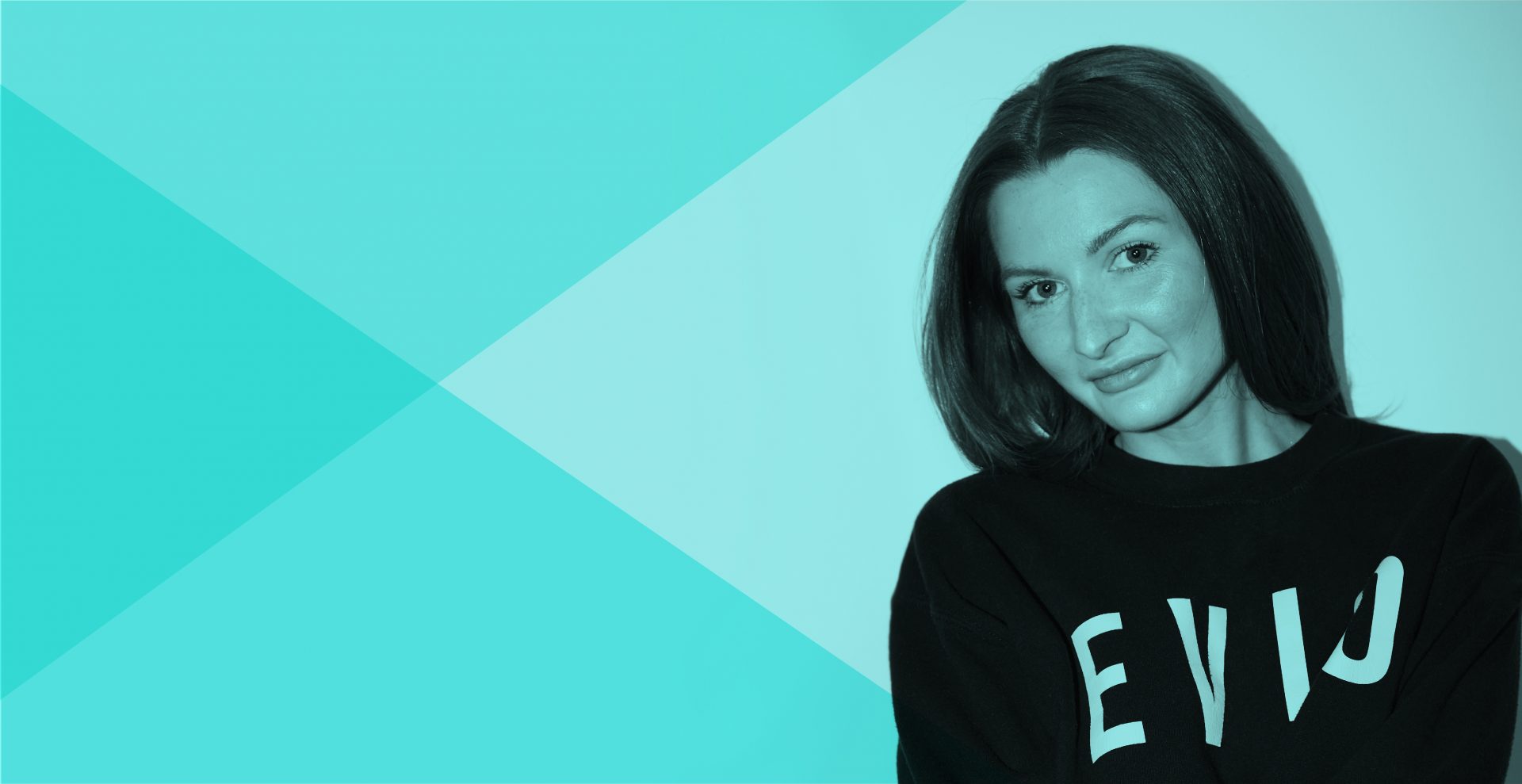 “Do the right thing when no one is looking.”

It’s a powerful statement on all of Evio Beauty‘s sleek white and blue boxes — and perhaps an unexpected slogan for a makeup and skincare company. 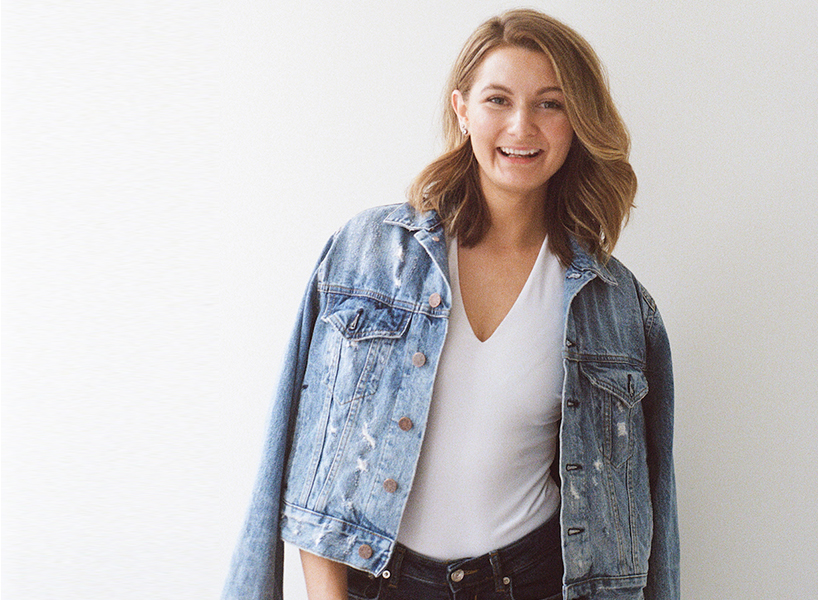 Brandi Leifso is the founder and CEO of Evio Beauty.

Growing up on a dairy farm in rural Ontario, being a beauty CEO was the last thing on Brandi’s mind.

The concept for the brand came years later in Vancouver, where, after leaving an abusive relationship, she found herself in a women’s shelter.

At the shelter, she shared a space with 30 other women and one bathroom.

It was that short daily ritual that inspired Brandi to conceptualize what became Evio.

Putting her design skills to the test, she put her creative eye to use by Photoshopping a catalogue of made-up beauty products back in 2014.

“Other women there would say, ‘Brandi won’t be here for long.’ At the time, it was hurtful to me because I felt like I wasn’t getting the same kind of bonds or support as the other people around me,” she confessed — not yet knowing that Evio would be her ticket out.

In the ultimate entrepreneurial move, she mustered up “30 minutes of mad courage” and took her catalogue to local boutiques around the city.

While she didn’t have any actual products to sell, several local retailers liked what they saw — and put in pre-orders that helped Brandi bootstrap her soon-t0-be grassroots business.

Catching the attention of Sephora, Brandi was part of the brand’s Accelerate program in 2018 which is aimed at funding and helping develop female-led and diverse beauty brands (other alums include Vancouver’s Vitruvi, Halifax’s The 7 Virtues, and Toronto’s Kaia Naturals).

Evio eventually grew with the help of venture capital, and today, the brand is worth millions.

“What really motivated me to get into beauty was the shelter system: it’s been created by people who have great intentions and have never gone through it,” she reflected, noting how she eventually connected the dots to the multi-billion dollar beauty industry.

“It’s primarily ran by men on Wall Street who don’t use the product, nor are they engaged in the community conversation,” she pondered.

“A decade ago, the second-largest online community was the beauty community,” Brandi continues, which is predominantly female — commanding over 88 billion views on YouTube, according to Statista.

“They spoke about female empowerment.”

That movement helped inspire what became Brandi’s concept of kind luxury — which is rooted in bringing women together, not dividing them.

“We define luxury as a moment that makes your life special. By kind, we mean being responsible, clean and affordable,” she explains.

The cruelty-free and vegan line’s price point is certainly attractive: a rejuvenating mask sells for $22, lip gloss for $14, and their “holy grail” cleansing wipes for $18. As a result, Brandi says, the brand can appeal to everyone from affluent housewives, women in assisted living, teenagers and everyone in between.

“Evio is that bridge connecting people together without [a] label, but instead creating a community where we can see the similarities between all of us,” she says.

“And makeup is an incredible thing to bond us since most women do wear cosmetics or use personal care products.”

Inadvertently, Evio has also found itself ahead of the curve on trends: before “clean” beauty became a movement in the late 2010s, it was already top of mind for Brandi.

“Those who are going through difficult experiences are unable to afford things to propel them forward. Now it’s a conversation about privilege,” she says, reminding us that skin is, indeed, our largest organ.

Another major move for the company was being ahead-of-the-curve when it comes to cannabis-infused beauty: Evio partnered with Aurora Cannabis in 2018, before legalization in Canada. Hemp seed oil can be found in their ever-popular wipes, Cream Concealer, and Revitalizing Oil Serum, just to name a few.

“We are thoughtful in everything we do. Evio doesn’t judge based on any viewpoint,” Brandi concludes. “We are always listening. That is what makes us so different.”