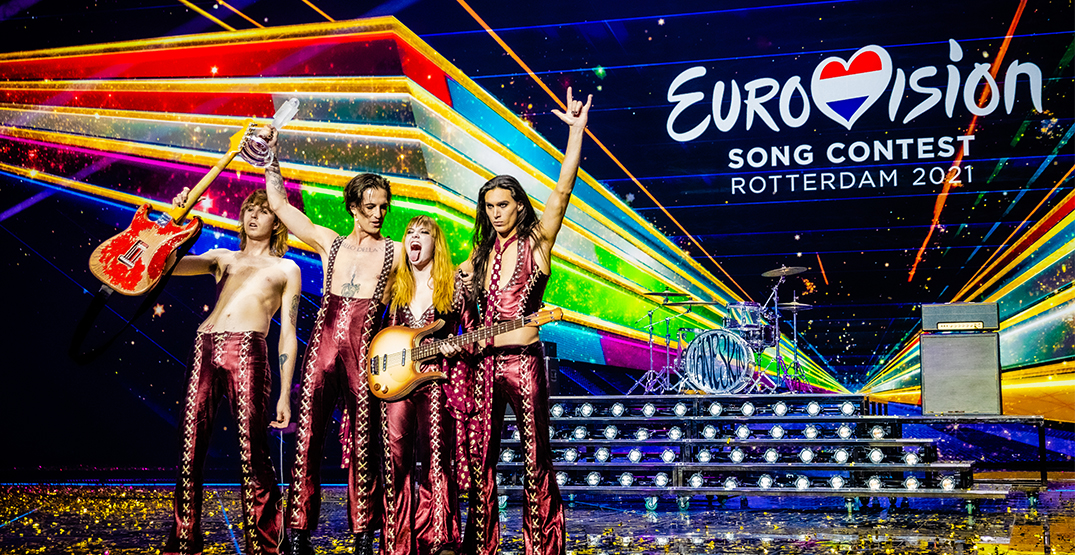 Måneskin performs at the 2021 "Eurovision Song Contest" in The Netherlands. (Ben Houdijk/Shutterstock)

One of the flashiest music competitions in the world is coming to Canada next year.

The Eurovision Song Contest has announced that Eurovision Canada will hit TV screens in 2023.

Contestants from each of the 10 provinces and three territories will compete, performing original songs representing a variety of musical genres.

It’s time for Canada to join the party 🥳

Artists from 10 provinces and 3 territories will compete in Eurovision Canada – debuting in 2023! 🇨🇦🇨🇦🇨🇦https://t.co/V1oD93gQ9Q

The Canadian spinoff will be produced by ASC, Inc. and Insight Productions, a Toronto-based company known for producing The Amazing Race Canada and Big Brother Canada.

“The phenomenal song-writing and extraordinary musicianship in this country can stand against any in the world which is why Canada is the perfect home for the next iteration of the Eurovision Song Contest,” said Lindsay Cox, showrunner at Insight Productions.

This could be the big break for Canada’s next musical sensation.

Artists will go head-to-head with other provincial and territorial contestants in a series of televised qualifier competitions before competing in semi-finals, and the ultimate primetime grand finale.

The broadcaster and host of the competition will be announced in the next coming weeks.

Since Eurovision’s start in 1956, the contest has launched the careers of the likes of ABBA, Julio Iglesias, and most recently Italian rock band Måneskin.