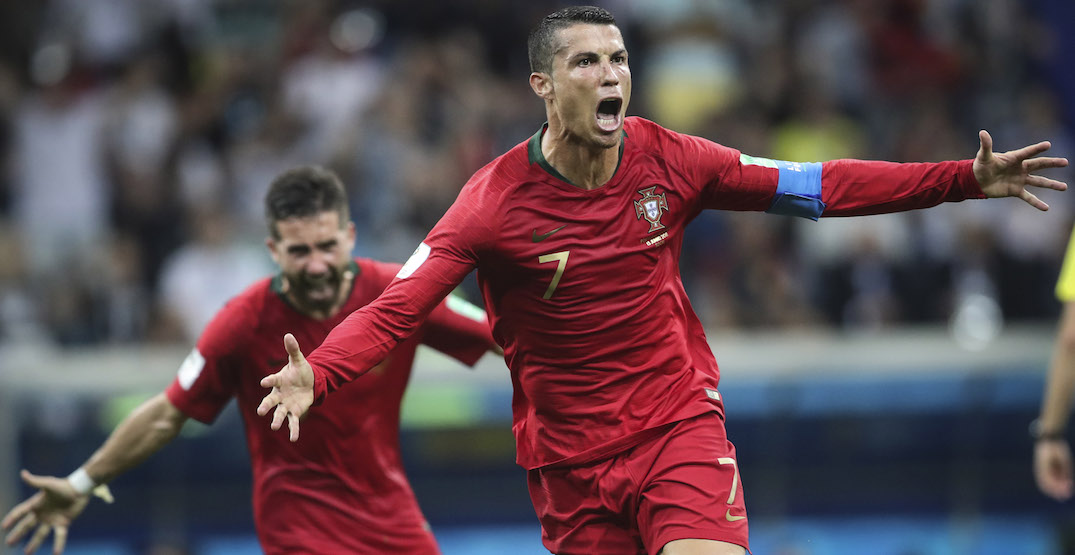 After a whirlwind final day of group stage action on Wednesday, the matches have been set for the Euro 2020 round of 16.

And perhaps more importantly, we have a much clearer picture about how each team can move on to the quarterfinals and beyond.

Here’s how the knockout shakes down, kicking off this Saturday.

All the Euro 2020 matches can be watched and streamed on TSN’s channels or TSN.ca. Matches taking place on Saturdays and Sundays, including the final, will also be available on CTV. 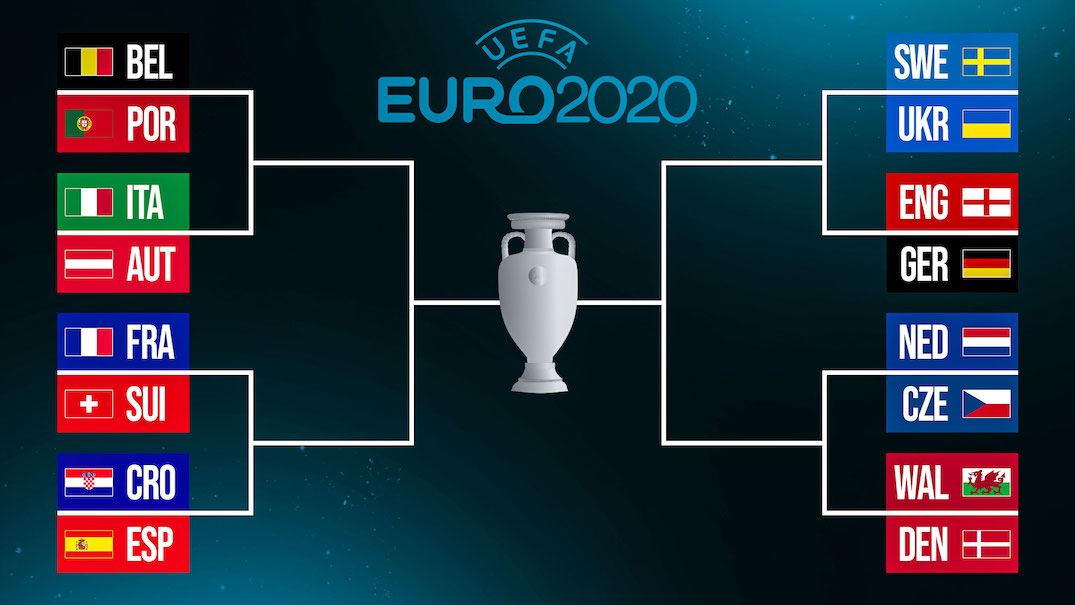 Denmark’s narrative is pretty clear: they’re looking to play in honour of captain Christian Eriksen, who suffered a cardiac arrest in their opening match.

On the other sideline, Wales captain and Tottenham Hotspur star Gareth Bale is still looking for his first goal of the tournament. Wales was a surprise semi-finalist in 2016, losing out 2-0 to eventual winners Portugal.

Italy comes in as perhaps the hottest team at the tournament, with a 3-0 record and 7 goals allowed with none against.

Austria’s won twice in three games despite scoring just four goals, and allowing three. This could be the biggest mismatch of the knockout round on paper, but of course, that’s why they play the games.

After being noticeably absent from Euro 2016, Netherlands is actually looking for their first knockout win at the European Championship since beating Sweden on penalties in the 2004 quarterfinals.

The underdog Czechs qualified through Group D as a third-place team with a 1-1-1 record: a dominant 2-0 win over Scotland, a 1-1 draw against Croatia, and a tight 1-0 loss to England.

Belgium is hoping that they can capitalize on a golden generation of players like Kevin De Bruyne, Eden Hazard and Romelu Lukaku that finished third at 2018’s FIFA World Cup.

Defending Euro champion Portugal isn’t exactly a one-man team, but with global superstar Cristiano Ronaldo scoring five of the team’s seven goals so far, it makes sense why you might think that.

Picking up just one point (and scoring just once) in their first two games against England and the Czech Republic, Croatia needed a 3-1 win over Scotland just to advance into the round of 16.

2008 and 2012 champions Spain, however, had a remarkably similar path. A 0-0 draw against Sweden was followed by a 1-1 draw against Poland, before a 5-0 shellacking of Slovakia on Wednesday secured their spot in the next round.

After topping the “Group of Death” with Portugal, Germany, and Hungary, France remains the betting favourite to win the tournament, just as they were to begin with. Euro 2016 finalists and 2018 World Cup winners, a team like Switzerland shouldn’t trouble them all that much. Easier said than done, of course.

For a 1-1-1 Switzerland this tournament, they looked heavily outclassed in a 3-0 loss to Italy, which could spell trouble for them when playing arguably the world’s most talented side in France.

It’s like a broken record: England is still looking for their first victory at a major tournament since their 1966 World Cup win at home. Of course, they’ve already played three matches at home, and could play six of seven matches this tournament (including this one, at Wembley Stadium) if they keep advancing.

Germany, meanwhile, has often looked out of sorts on the major stages since their World Cup win in 2014, including a 2018 World Cup where they finished fourth in Group F behind Sweden, Mexico, and South Korea, scoring just twice in three games.

For one of these two soccer-crazed countries, it could be a return to glory on the international stage. For the other, it’s another massive disappointment waiting to happen.

Whoever makes it through, it’s safe to say that neither of these teams are expected to win the following contest against England or Germany.

Then again, few probably expected Sweden to hold Spain to a 0-0 in their opening match, or top the group with seven points in three games.

Ukraine lost two of their three group stage games, but did put up an impressive comeback from 2-0 down in an eventual 3-2 loss to Netherlands.

In a matchup that doesn’t feature traditional soccer superpowers on either side, it could end up actually being the most memorable of the Round of 16 games as both teams really do have nothing to lose.

Quarterfinal 1 (St. Petersburg): The winners of Croatia-Spain and France-Switzerland

Tuesday, July 6
The winners of July 2’s quarterfinals meet at London’s Wembley Stadium, which hosts both Euro 2020 semifinals as well as the final.