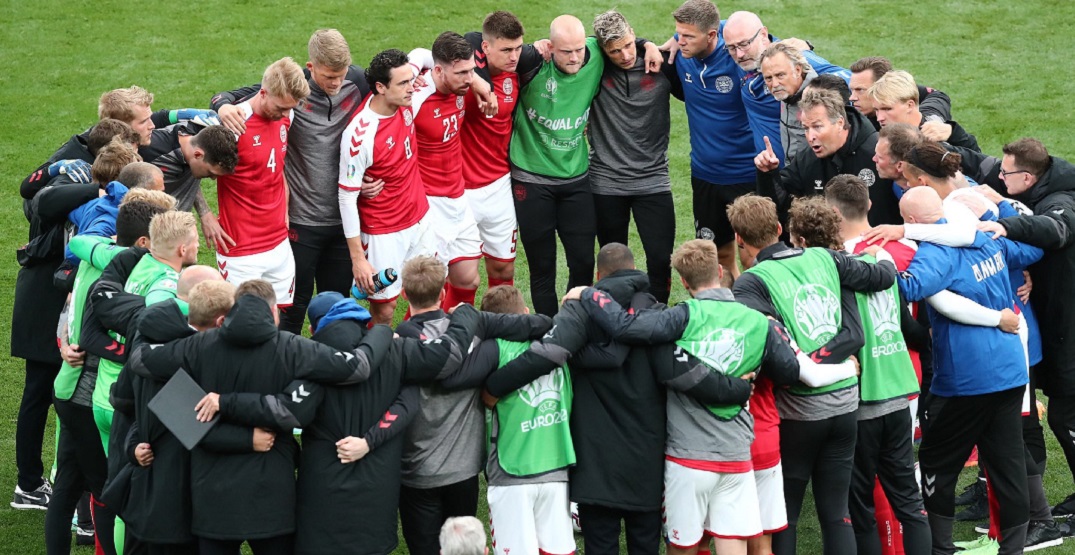 Danish soccer star Christian Eriksen suffered a cardiac arrest during Saturday’s match against Finland in an injury that rocked the sporting world.

While it was pretty unclear exactly what happened during the commotion of the game, doctors confirmed Sunday that Eriksen was medically dead before being resuscitated using an automated external defibrillator, commonly known as an AED.

“He was gone,” Danish doctor Morten Boesen said at a press conference (via TSN). “We did a cardiac resuscitation. There was a cardiac arrest.”

In events like Eriksen’s, time is of the utmost importance as to recognizing the possibility of a cardiac arrest.

The American-based FDA states that the probability of survival “decreases by seven percent to 10 percent for every minute that a victim stays in a life-threatening arrhythmia (irregular heartbeat pattern).”

Panels attached to the AED calculate whether it is needed after assessing a patient’s heart rhythm. If an arrhythmia is detected, the AED will recommend an electric shock to re-stimulate the heartbeat to a regular pace, which may be needed more than once.

“How close was he? I don’t know,” Boesen said. “We got him back after one defib. I’m not a cardiologist, so the details of why it happened I will leave to the experts.”

“All thoughts are with Christian and his family,” Danish manager Kasper Hjulmand said through a translator. “He’s one of the best players out there. And then I can say that he is an even better person. ”

Eriksen’s career has taken him through some of Europe’s most storied clubs: Netherlands’ Ajax, England’s Tottenham Hotspur, and his current home in Milan as part of an Internazionale side that won their first Serie A trophy in 11 years this past season.

His current playing future is unclear, but it appears the medical staff’s quick actions helped to avoid the most dire outcome possible.