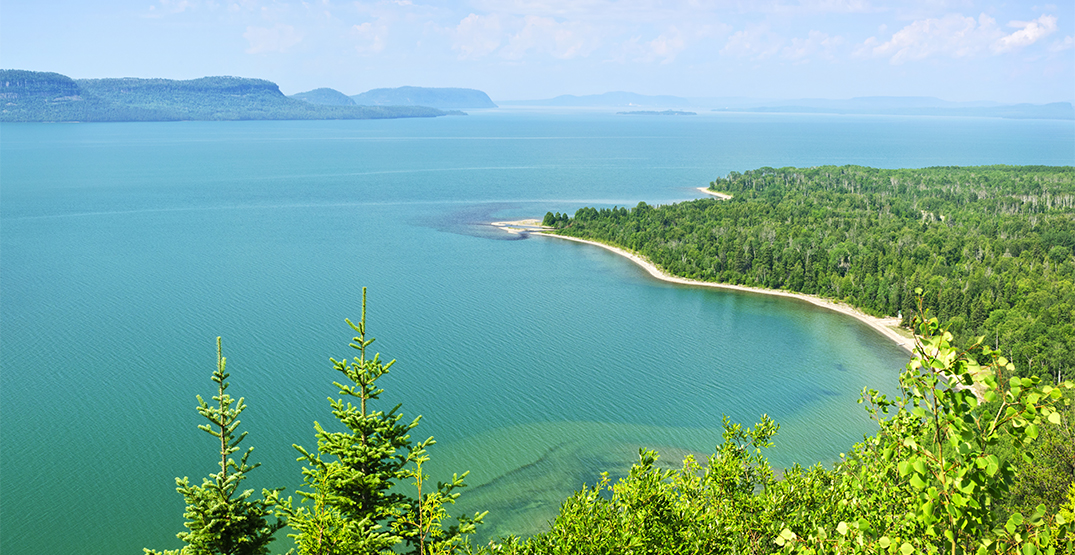 With the COVID-19 pandemic restricting international travel, now may be the perfect time to try a cross-Canada road trip.

We live in a huge and beautiful country, and traversing it is rightfully high on many people’s bucket lists.

Travellers are usually keen to get to the gorgeous Rocky Mountains in Alberta and beaches in Vancouver, but Ontario also has a few stops that are worthy of your attention.

Between Toronto and Manitoba

Given that Toronto is Canada’s biggest city, many people start here and make their way west. 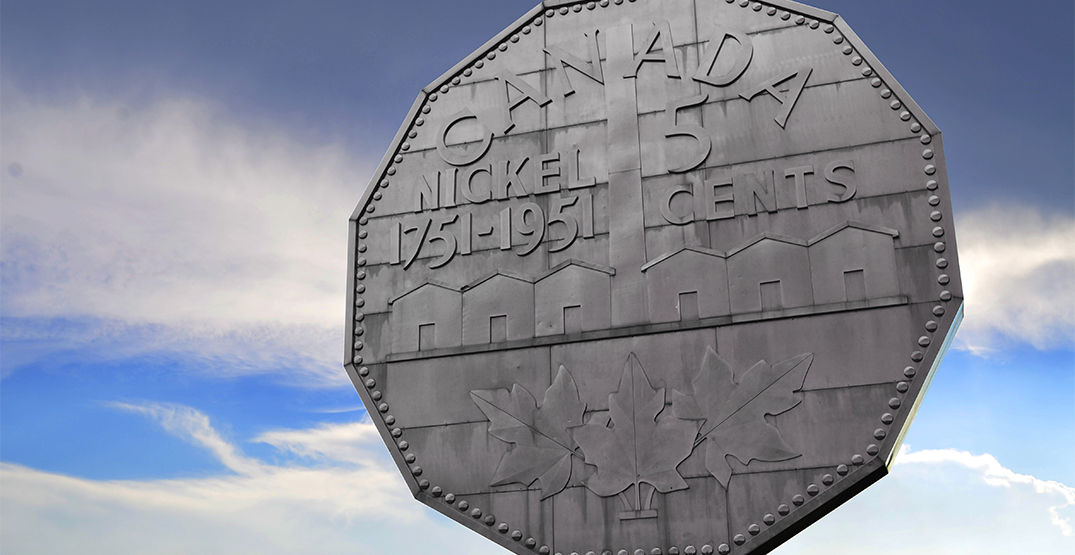 If you started out in Toronto, Sudbury is at the six-hour mark when you’re getting desperate to stretch those legs. It’s a mining town that leans into its history with the Big Nickel — a giant replica of a 1951 coin weighing 13,000 kilograms.

The Nickel stands outside of Dynamic Earth, a geology and mining science centre. Check out their guided underground tour if you have time to spare.

Killarney Provincial Park is also nearby, boasting beautiful sapphire lakes, camping and backcountry opportunities, and stunning fall foliage if you visit at the right time of year. 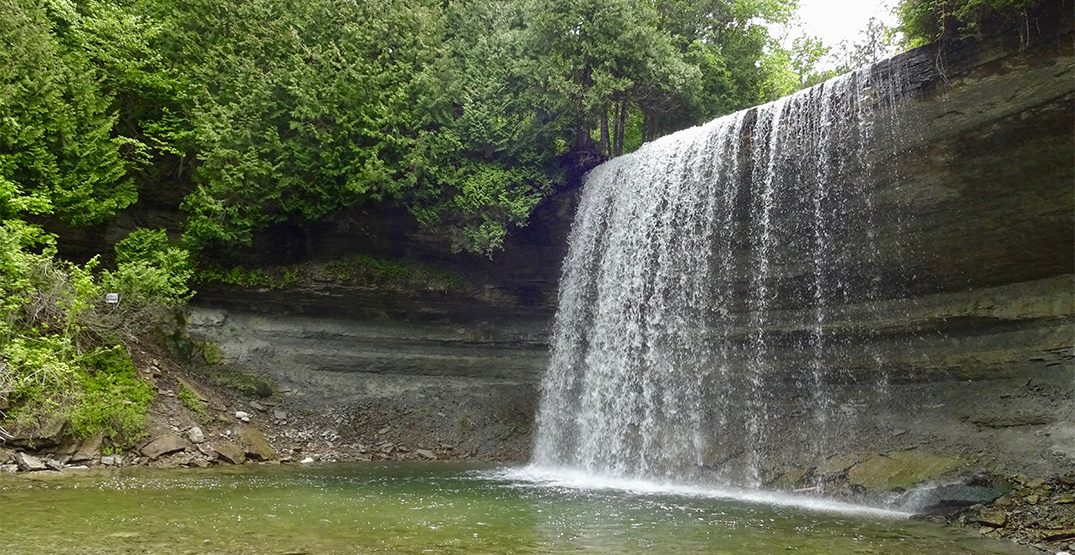 This picturesque island is the largest landmass located in a freshwater lake in the world. You can catch a ferry there from Tobermory, but road trippers can also take the vehicle bridge onto the island from the north side.

On the island you’ll find cute bed and breakfasts, hiking trails, and even a swimmable waterfall.

Manitoulin is home to several First Nation communities, and the largest of them, Wiikwemkoong, offers tour packages. 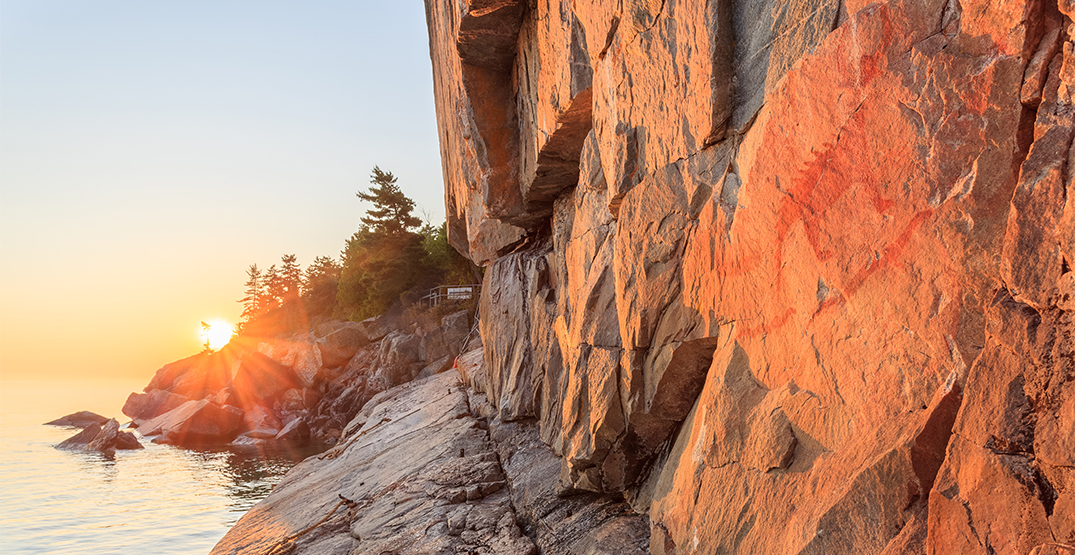 But its highlight is the Agawa Rock Pictographs. They’re Ojibwe drawings on a sheer rock face next to the water estimated to be hundreds of years old. One image is of a lynx, and another is the likeness of a canoe. 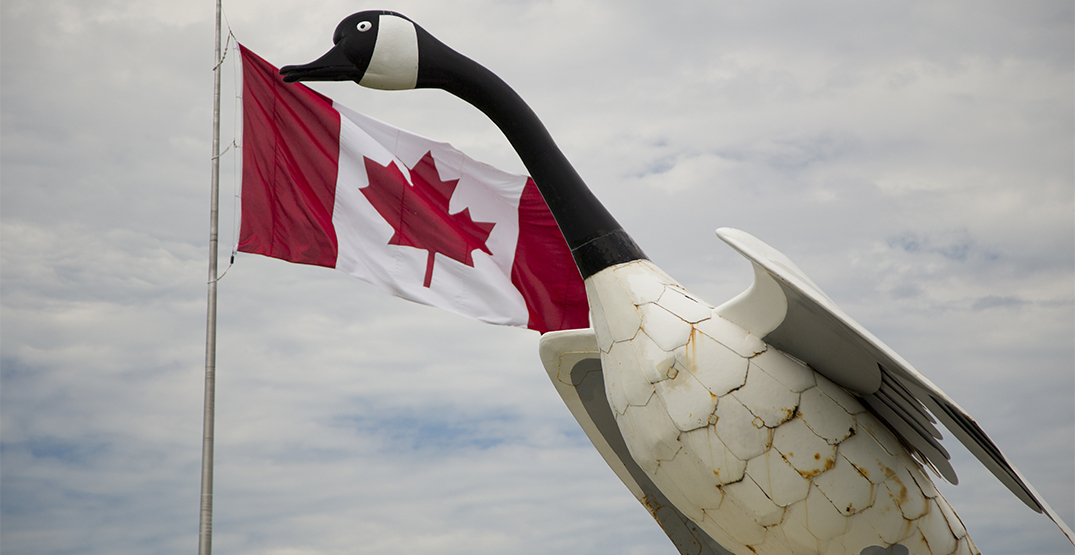 It’s a bit ridiculous, but we suppose that’s part of its charm.

The giant steel goose stands at the junction of the Trans Canada Highway and Highway 17 and was put there to attract tourists to the town after the main highway bypassed it. 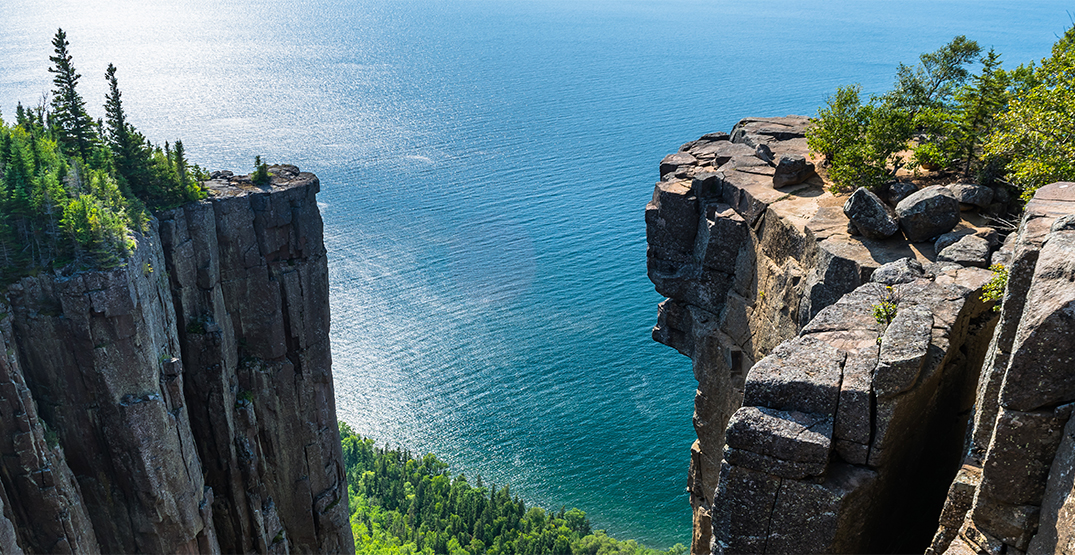 Just outside Thunder Bay, the Giant Trail is an iconic Northern Ontario hike that offers beautiful views of Lake Superior and the surrounding terrain. 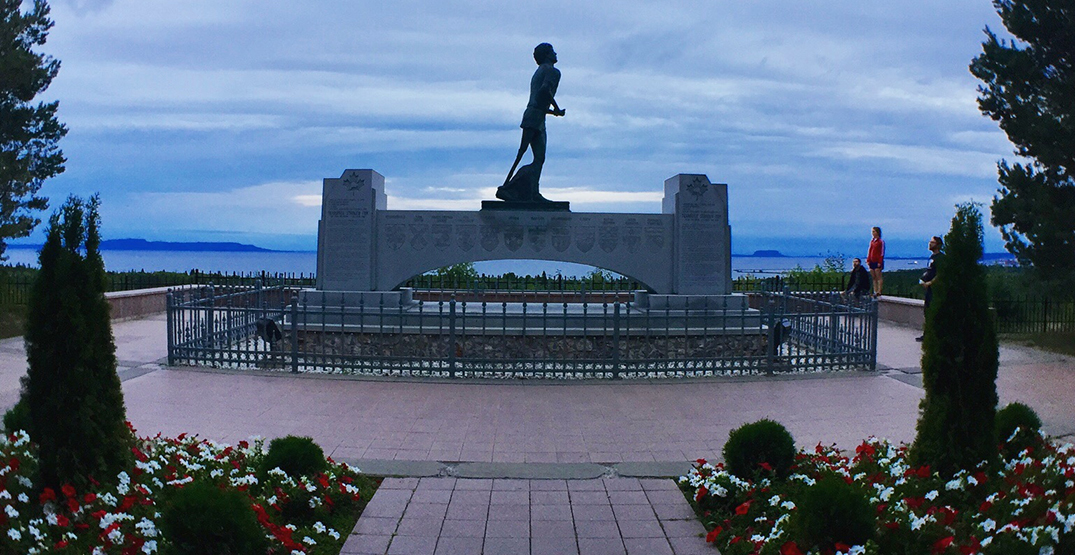 We all grew up hearing about the man behind the Marathon of Hope who raised money for cancer research by running across Canada after losing his leg to the disease.

This Terry Fox statue commemorates the place where the runner was forced to stop because of his progressing illness. It’s located in a flower garden with a panoramic view of Thunder Bay and its surroundings.

Between Toronto and Quebec

Starting in Toronto and heading to the East Coast? Or driving across the entire country? We’ve got you covered. 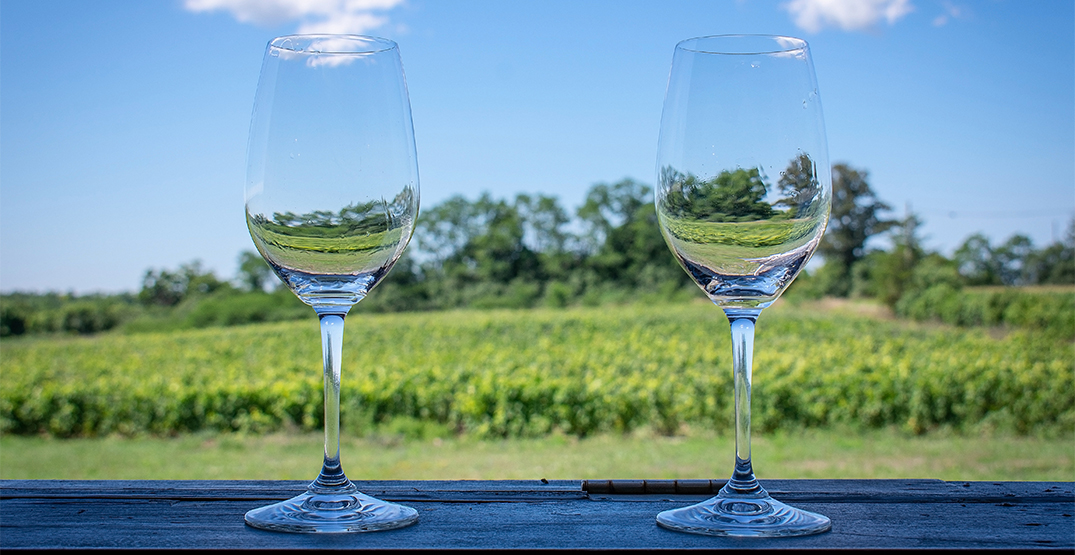 This idyllic area just east of Toronto boasts beaches, beautiful views of Lake Ontario, and dozens of wineries. There’s even have an app to help you plan a winery route.

There are also tons of places to stay, from the trendy Drake Devonshire Inn to the Netflix-documented June Motel to multiple lakefront resorts and Airbnbs. 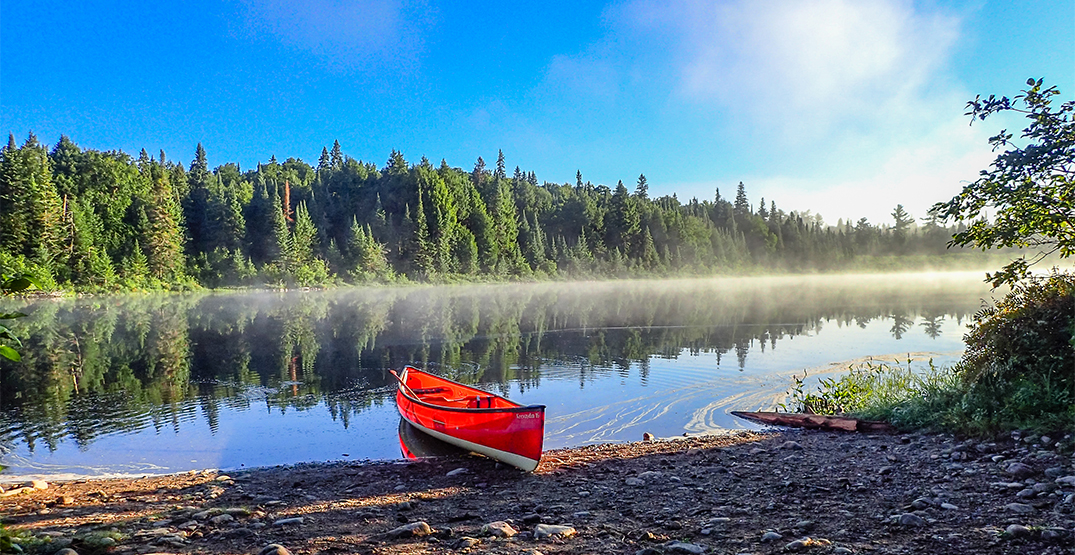 Stopping here makes sense only if you’re bypassing Toronto and staying on the Trans Canada Highway, but it’s arguably Ontario’s most iconic provincial park popular with hikers, campers, and canoers.

There are clear lakes, expansive forests, and tons of wildlife including loons, moose, and wolves. 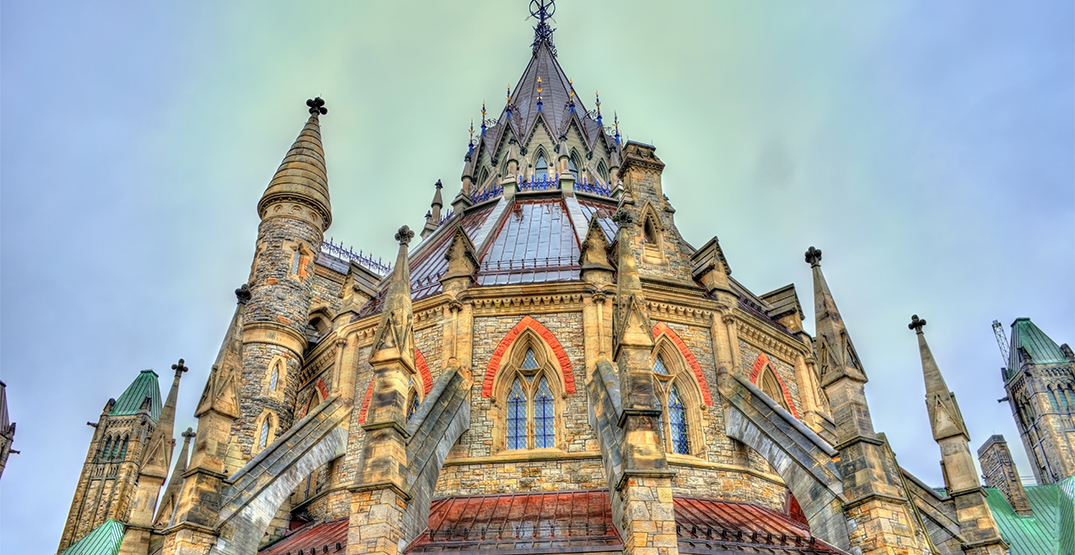 These elegant buildings are the seat of Canada’s federal government, and surrounding them are some pretty parks and fountains next to the water.

While you’re in Ottawa check out the cute Byward Market neighbourhood or grab a Montreal-style bagel from 24-hour Kettlemans Bagels.