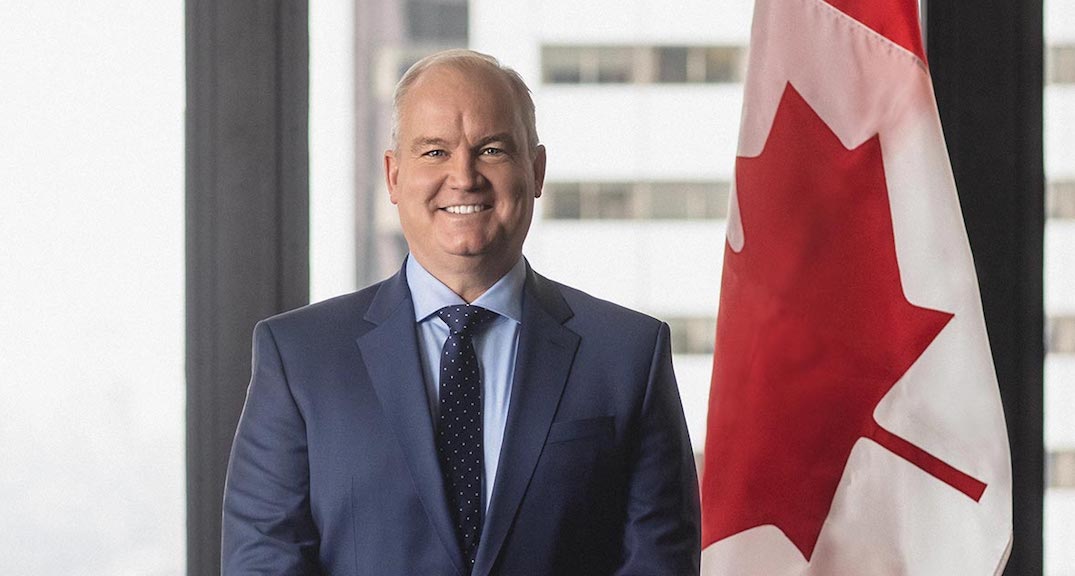 Erin O’Toole was named the new leader of the Conservative Party of Canada, after “record voter participation” on Sunday night.

According to the party, there was a six hour delay due to “recorder vote participation” and the new COVID-19 regulations, but O’Toole took 57% of the votes on the third and final ballot, with Peter MacKay in second place at 43%.

During his acceptance speech, the new leader said he will unite the party and hold Prime Minister Justin Trudeau accountable.

“We must continue to point out Liberal failings and corruption, but we must also show Canadians our vision for a stronger, more prosperous and more united Canada,” he said.

“Canada can and must do better and Conservatives will work hard to earn the trust and confidence of Canadians in the next election.”

O’Toole also reached out to Canadians of all backgrounds, “I believe that whether you are Black, white, brown, or from any race or creed, whether you are LGBT or straight, whether you are an Indigenous Canadian or have joined the Canadian family three weeks ago, or three generations ago. Whether you’re doing well or barely getting by. Whether you worship on Friday, Saturday, or Sunday, or not at all… you are an important part of Canada and you have a home in the Conservative Party of Canada.”

Congratulations to my friend, long-time colleague, Erin O’Toole on winning the @CPC_HQ leadership. More than ever, our country needs a strong, united @CPC_HQ ready to form government. Laureen and I send best wishes to you and Rebecca as you lead our great party forward.

The Liberal Party also congratulated O’Toole on his win, saying Trudeau and the Liberal team will work him and all parties in the weeks ahead.

But, they had some words of advice for the new leader.

“We also hope Mr. O’Toole will reconsider continuing to push the same policies of Stephen Harper and Andrew Scheer that he also proposed in this leadership campaign. They would take Canada backward by making harmful cuts to services that Canadians count on, weakening Canada’s gun control laws, rolling back our work to fight climate change, and much more,” Suzanne Cowan, president of the Liberal Party of Canada, said in a statement.

She added that the Conservatives haven’t proposed a plan to support Canadians during the pandemic and wanted to cancel emergency support programs.

The New Democratic Party (NDP) has not yet issued a statement on O’Toole’s win.