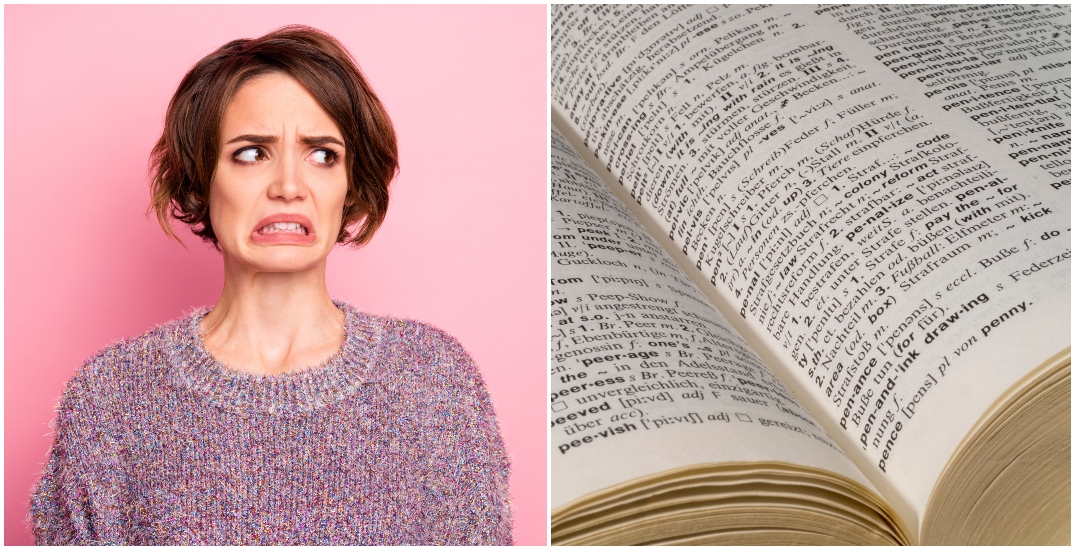 Some words in the English language are absolutely putrid. You know, those types of words that go in through your ears but make you crinkle your nose.

The online language platform Preply has compiled votes from the internet to rank the 10 grossest words in the English language and guess what? They’re not pretty…

And no, they’re not pretty.

Preply says a number of words describing bodily fluids cracked the top ten list, specifically ones that “described the leaking of fluids.”

Are you feeling grossed out yet?

A spokesperson for the online platform says many people “feel queasy towards certain words or phrases,” a phenomenon known as “word aversion,” meaning having a strong dislike or even repulsion towards a specific word.

Some of these words are definitely repulsion-inducing and it proves just how powerful the English language can be… even gross.

We use English to emote positive emotions like love and happiness, but all the uncomfortableness and grossness have to come with it.

If you’re feeling icky, you’d best step away now because here are the grossest words in the English language, as voted on by thousands of internet users.

We’ve taken the liberty of adding definitions courtesy of the Oxford Dictionary, in case some slang words have dampened the actual meaning of the word.

Here it is, folks. The ickiest of the icky.

“A soft, white substance formed when milk coagulates, used as the basis for cheese.”

“Decaying or rotting and emitting a fetid smell.”

“(of a fluid) slowly trickle or seep out of something.”

“A slimy substance secreted by the mucous membranes and glands of animals for lubrication, protection, etc.”

“(of a wound or sore) become septic; suppurate.”

“To spill or splat.”

“The slow escape of a liquid or gas through porous material or small holes.”

“The thick viscous substance secreted by the mucous membranes of the respiratory passages, especially when produced in excessive quantities during a cold.”