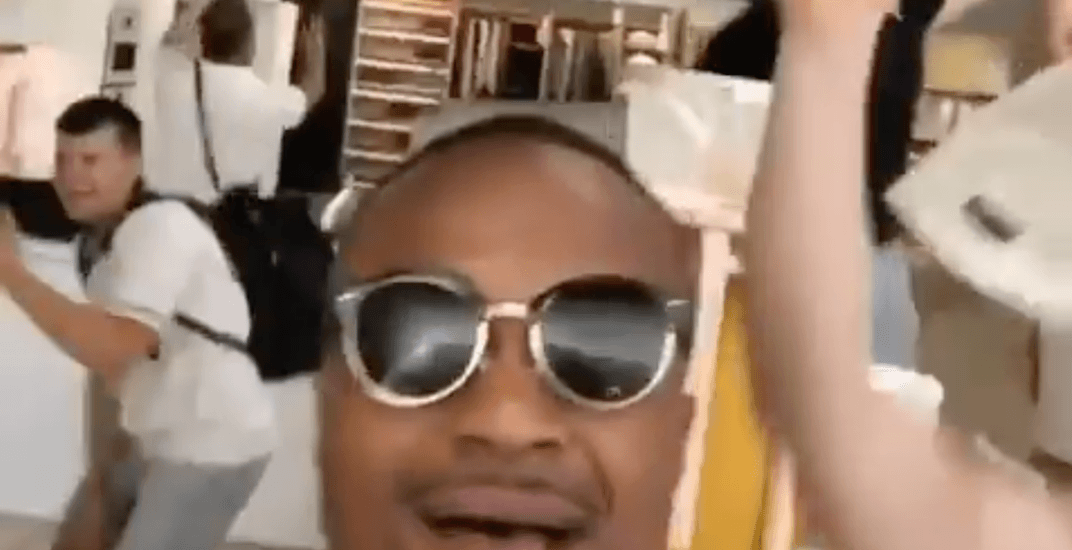 What will they do if they actually win the whole damn thing?

I mean, just check out these videos from Boxpark Crydon pub:

It’s one thing for fans to celebrate – even to that level – at a place meant for celebrating. It’s quite another to storm into a furniture store.

But that’s what more than a few England supporters did after their 2-0 win over Sweden in the quarter-finals.

Singing “it’s coming home” English soccer fans invaded an Ikea in Stratford, east London, jumping up and down on furniture as they celebrated their triumph.

Was it obnoxious? Sure. Was it disrespectful? Of course.

But, on some level, it was kind of funny…

“We are aware of a small group of fans celebrating the match result in one of our stores,” an Ikea spokeswoman said. “Being both British and Swedish, we were on the edge of our seats during the game and we would like to say ‘Grattis!’ (that’s congratulations in Swedish) to the England team for getting through to the semi-finals.”

England fans will be on the edge of their seats again on Wednesday, as they play Croatia with a trip to the final on the line.