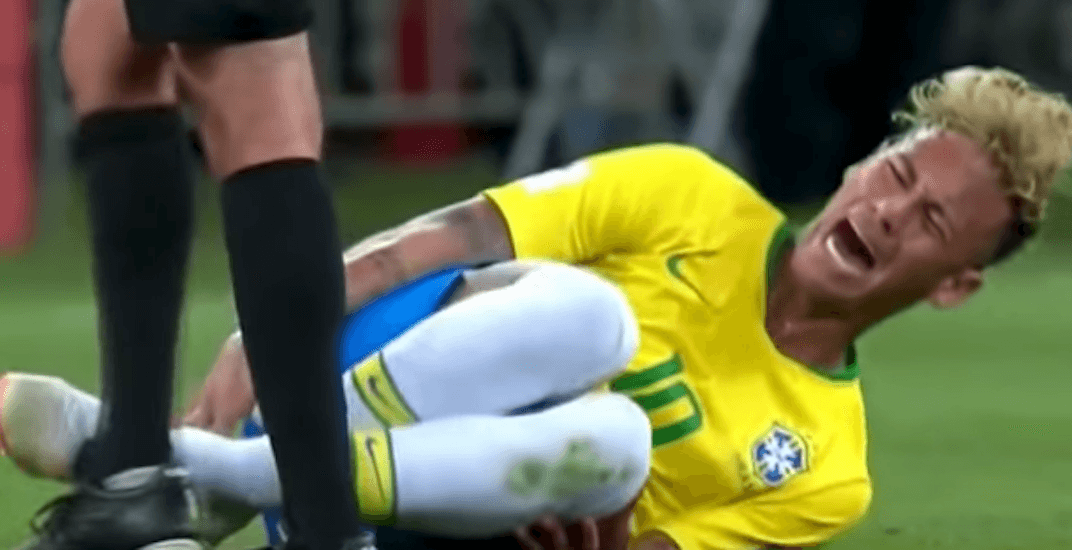 I love the World Cup.

The biggest sporting event on the planet, you can’t beat the passion the players and spectators have for the beautiful game.

But not everything is beautiful about the world’s favourite sport.

In a sport like soccer where the margin of victory is razor thin and penalties lead to near-certain goals, there’s incentive to cheat.

So players dive. They flop. They embellish. They participate in the ‘dark arts.’

It can be infuriating to watch. It can also be hilarious.

Here’s a selection of the funniest ones so far:

With the help of Celine Dion…

#suarez is at it again! Different #worldcup – same fool! Was that really necessary – the second dive, push & theatrics? Well played to the rest of the Uruguay team! #WorldCupRussia #Worldcup2018Russia pic.twitter.com/G6hM7XNn2Z

The limb better literally not be attached to your body if you're gonna pull this… pic.twitter.com/OTMIJlAHBD

Just because he didn’t get hit in the head doesn’t mean his head can’t hurt.

Hey @doug987FM I know you like a good World Cup dive, I give this one an 8.1 #AusVFra #WorldCup18 pic.twitter.com/K7VKltolhz

Stopped him with his bare hand.