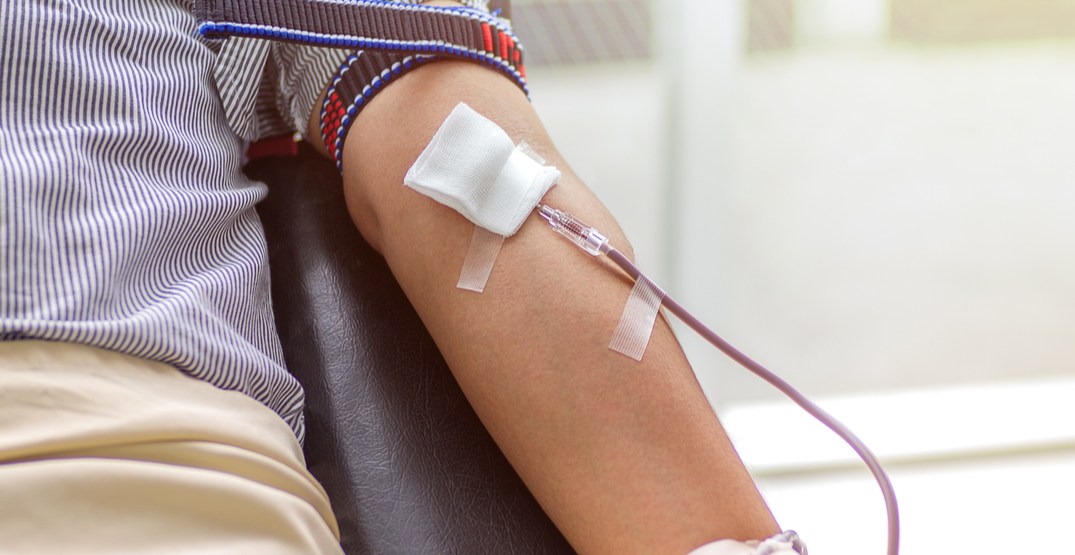 Canadian Blood Services formally asked Health Canada on Wednesday to adopt a behaviour-based screening model for all donors instead of a blanket ban on donations from gay and bisexual men.

“Canadian Blood Services’ goal is to stop asking men if they’ve had sex with another man and instead focus on high-risk sexual behaviour among all donors,” the agency said in a statement.

Right now, men can only give blood if it’s been three months since their last sexual contact with another man. Men who’ve had sex with other men used to be banned for life from donating blood, but in 2013 Health Canada allowed that to change to a five-year ban since last sexual contact.

That waiting period was reduced to one year in 2016, and to three months in 2019, according to a Health Canada statement.

“Health Canada is steadfast in its commitment to protecting the safety of Canada’s blood system and the recipients of donor blood and plasma,” it said. “We are also committed to supporting blood and plasma donation policies in Canada that are non-discriminatory and scientifically based.”

According to Canadian Blood Service’s website, the ban on donations from gay men was introduced in 1977 to protect the blood supply from potential contamination with HIV.

HIV can infect anyone, but it became stigmatized after devastating the gay community in the 1980s before modern treatments were available. Anti-LGBTQ stigma and discrimination from that era still lingers to this day.

If left untreated, HIV can progress to full-blown AIDS, which is deadly. There are now treatments available to suppress viral load in the body so that patients can live comfortably for decades without the condition ever progressing to AIDS.

Being on antiretrovirals reduces the risk of transmission to one’s sexual partners, and there is also a treatment option called PrEP available for people having sex with HIV-positive partners to prevent them from catching the virus.

Health Canada has received a submission from Canadian Blood Services to move to sexual behaviour-based screening criteria for all blood and plasma donors, including men who have sex with men. The Department is reviewing the submission: https://t.co/SRpvQ2hRKt