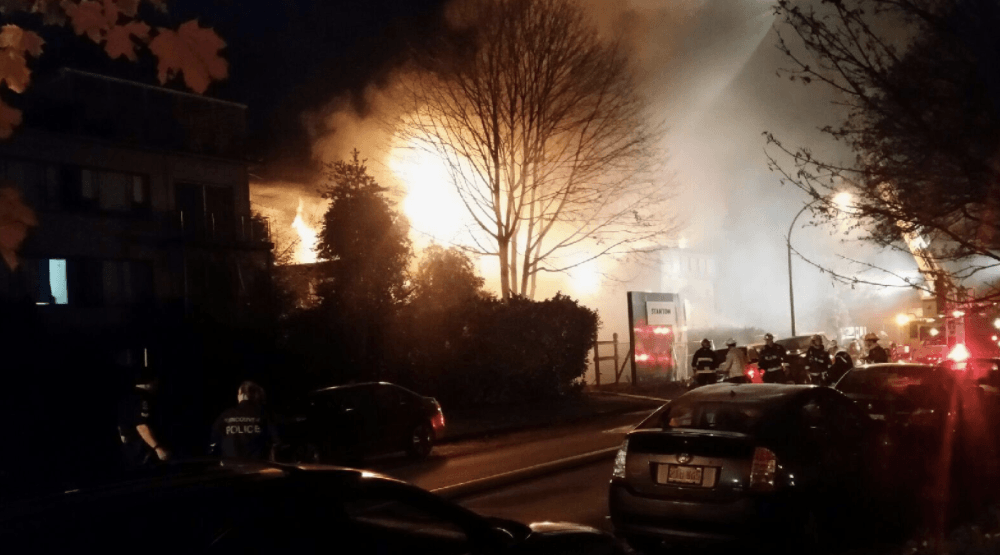 A rash of fires in empty properties in Vancouver is igniting concern among local police.

According to Vancouver Police, there have been at least 25 suspicious fires in vacant homes so far this year. Eight of those fires have occurred since October 23. The two most recent happened Tuesday night in Kerrisdale after a church and a nearby house went up in flames.

It’s not yet clear if an arsonist may be to blame. Police say they are investigating each case thoroughly to see if there are any similarities between them or if more than one person may be responsible.

The fires have occurred throughout the city and are not concentrated to one single neighbourhood. None have resulted in serious injury, but police say they are becoming increasing concerned about their frequency.

“If someone is knowingly lighting a fire to cause damage, it’s common sense that there could be other repercussions,” says VPD Const. Jason Doucette. “If it spreads to a nearby home and people are injured — we’re not going to stop at the arson. We’re going to investigate it thoroughly and apply the appropriate criminal charges.”

Police are asking Vancouver residents to keep an eye on empty homes in their neighbourhoods and o report any suspicious behaviour immediately.