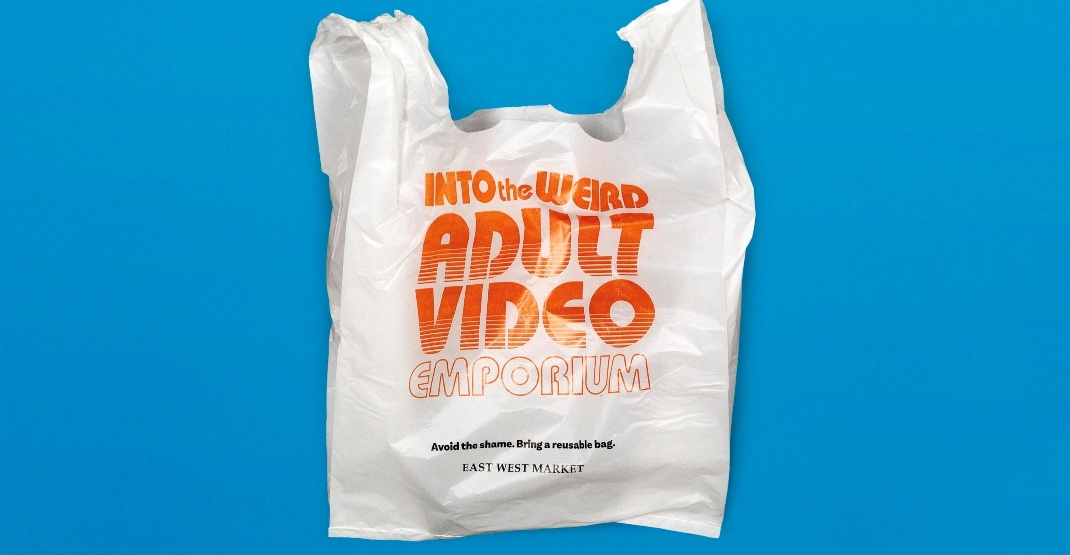 A Vancouver grocery store is hoping that if their plastic bags are embarrassing enough, you won’t forget to bring your reusable bag next time you come back to shop.

“We want to help customers remember their reusable bags in a way that will really stick with them,” said David Lee Kwen, the owner of East West, in a statement to Daily Hive.

The Main Street market is trying to use humour to encourage sustainable habits. Maybe if you remember trying to hide your bag that says “Into The Weird Adult Video Emporium,”  “Dr. Toew’s Wart Ointment Wholesale,” or “The Colon Care Co-Op,” you’ll remember to bring your own bag.

But if you really are in need of a plastic bag, East West Market sells theirs for 5 cents a pop. 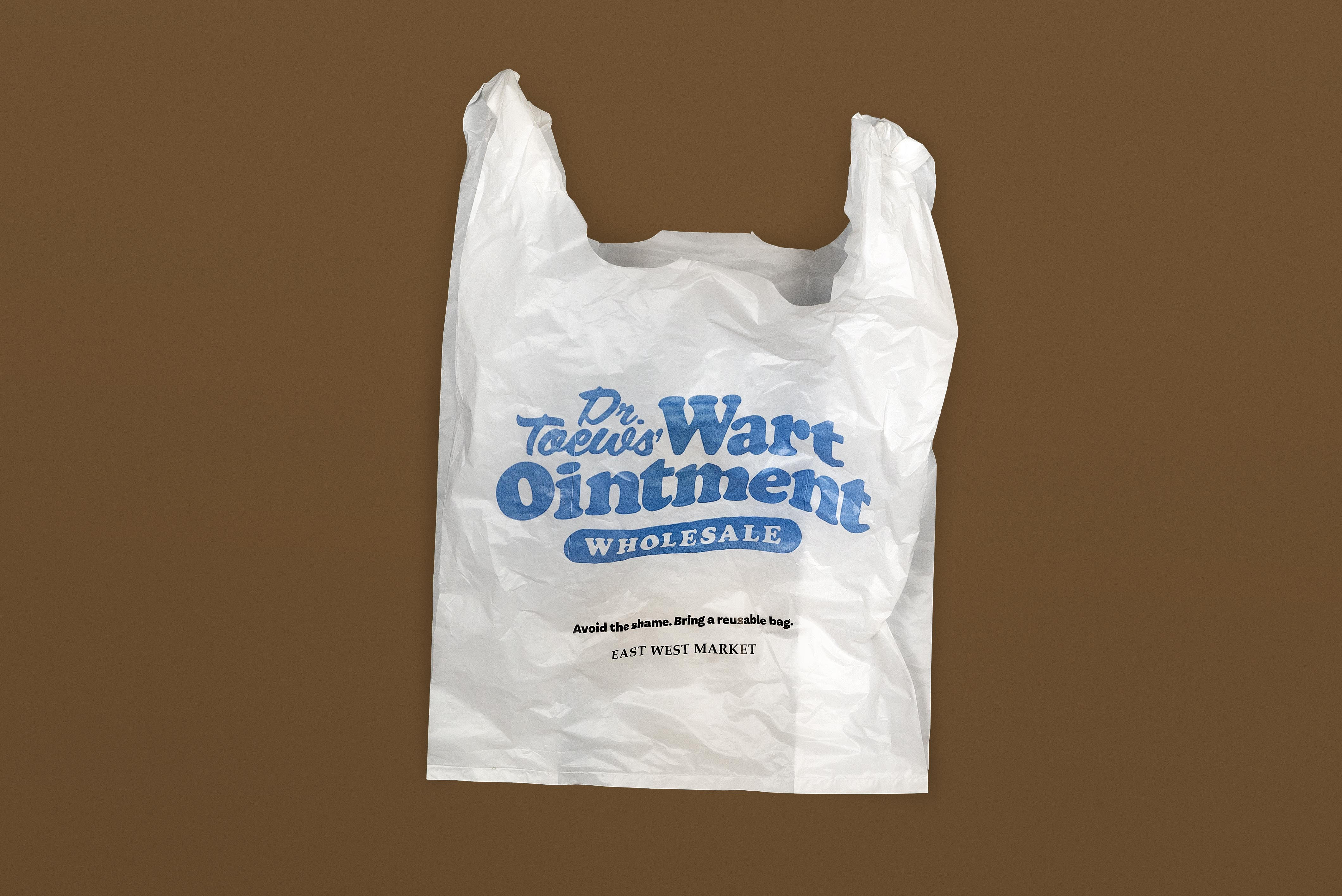 The bags were redesigned specifically “to stop people from taking them,” says East West in a video on their Facebook page.

And the designs are pretty convincing. If the family of four walking down the street next to you saw you holding a bag that said “Into The Weird Adult Video Emporium,” you’d probably get a judge-y look and a couple of snickers.

There’s been a lot of talk around banning the use of plastic straws, but East West wants to start a conversation about plastic bags.

“Most [plastic bags] are filled once, then discarded,” they say.

East West Market’s timing couldn’t be any better. Prime Minister Justin Trudeau just announced that the government will ban single-use plastics by 2021, provided he is re-elected later this year.

According to the federal government, the world is collectively dumping an estimated 150 million tonnes of discarded plastics in oceans.

Less than 10% of the plastic that we use is getting recycled and an entire third of our waste is made up of plastic bags, utensils, and take-out containers.

Check out the video below to learn more about what East West Market is doing: