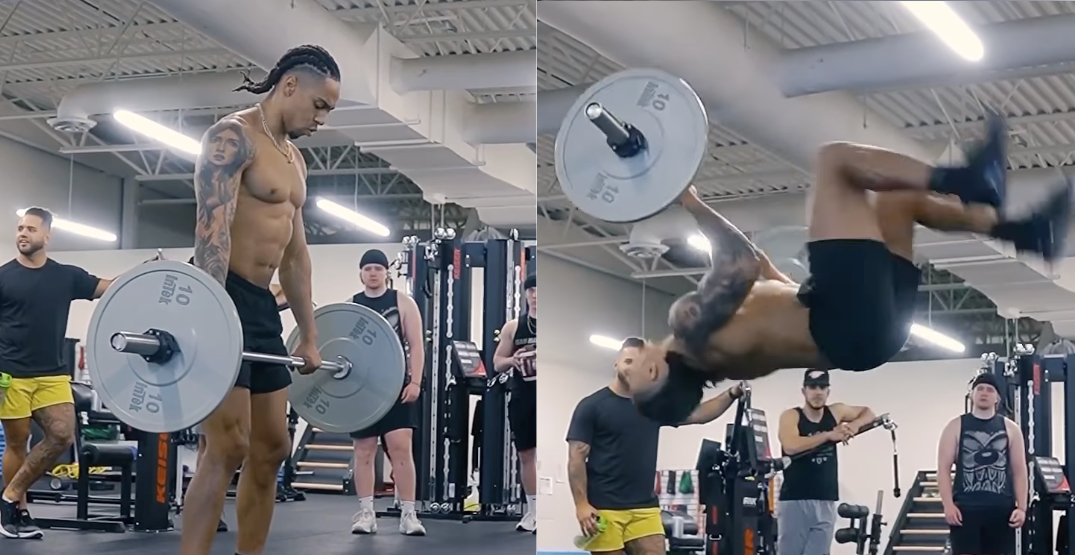 Shai Ross of the Edmonton Elks is dropping jaws.

The 28-year-old pulled off the stunt of the NFL offseason Monday when he was filmed executing a flawless “barbell backflip,” an on-the-nose name for exactly what Ross did — a backflip while holding a barbell.

He posted the clip to his own Instagram page, and the CFL shared the video on Instagram yesterday.

Ross, a wide receiver, played 14 games for the Elks last season, catching 27 of 42 passes for 369 yards and four touchdowns. He also played five games for Edmonton in 2019.

It’s not the first time a video featuring one of his athletic feats has gone viral, either.

In a clip from 2021, the Winnipeg, Manitoba, product is shown displaying some incredible gymnastics skills — dunking an Oreo into a glass of milk while in mid-backflip.

No word on what Ross has planned for an encore just yet.