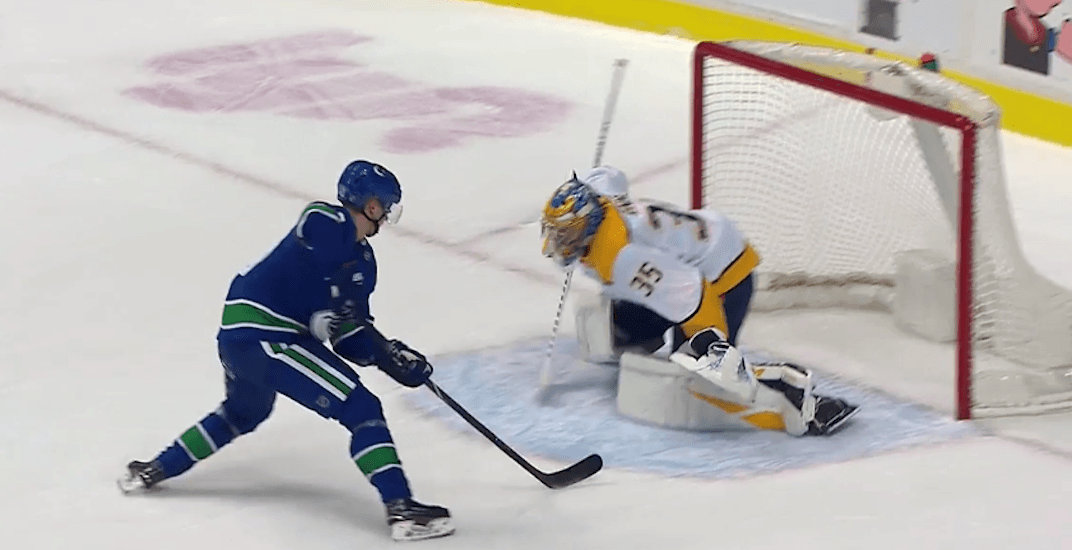 Oh, right. It was miserable.

The Vancouver Canucks’ 20-year-old star added another chapter in his amazing rookie season on Thursday, scoring a highlight reel goal against the Nashville Predators.

Pettersson was awarded a penalty shot after he was crosschecked into the net by Predators defenceman Mattias Ekholm while on a breakaway. The Canucks’ rookie dusted himself off, stared down the reigning Vezina Trophy winner Pekka Rinne, and deked the pants off of him.

With the puck seemingly on a string, Rinne bit hard on Pettersson’s fake to the backhand. Pettersson pulled the puck back onto his forehand and slid the puck under Rinne’s pad, as the Preds’ goalie lunged in desperation. 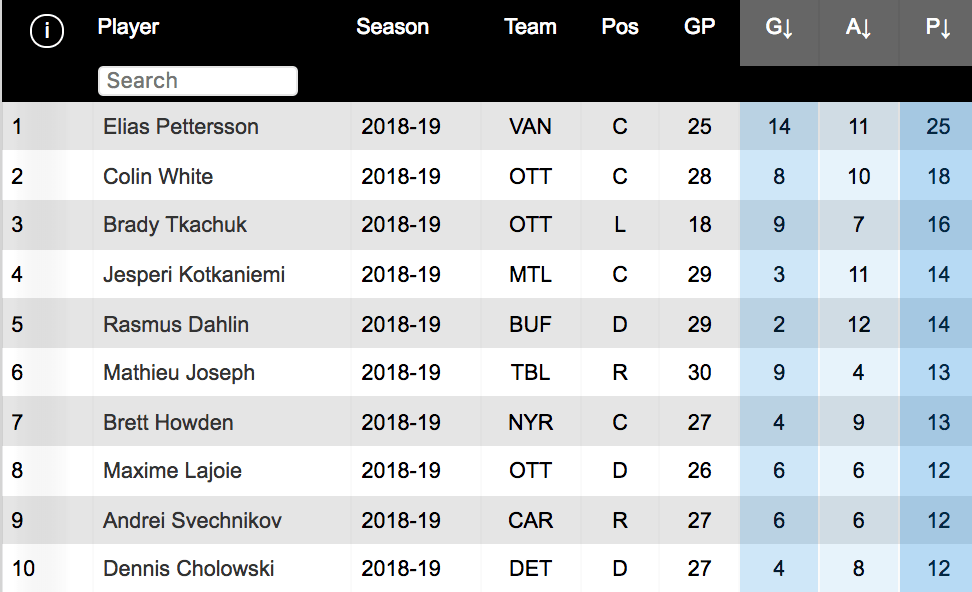 The goal was Pettersson’s second point of the night and gave the Canucks a 4-1 lead. It also chased Rinne from the net for the third period, as Vancouver held on for a 5-3 win.

The victory was a big one for the desperate Canucks, who had just one win in 13 games coming into the night. It was also their first win at home in over a month.

Goaltender Jacob Markstrom stopped 25 of 28 shots for the win.

The Canucks will now head out on the road for three games in St Louis, Columbus, and Nashville, beginning on Sunday.