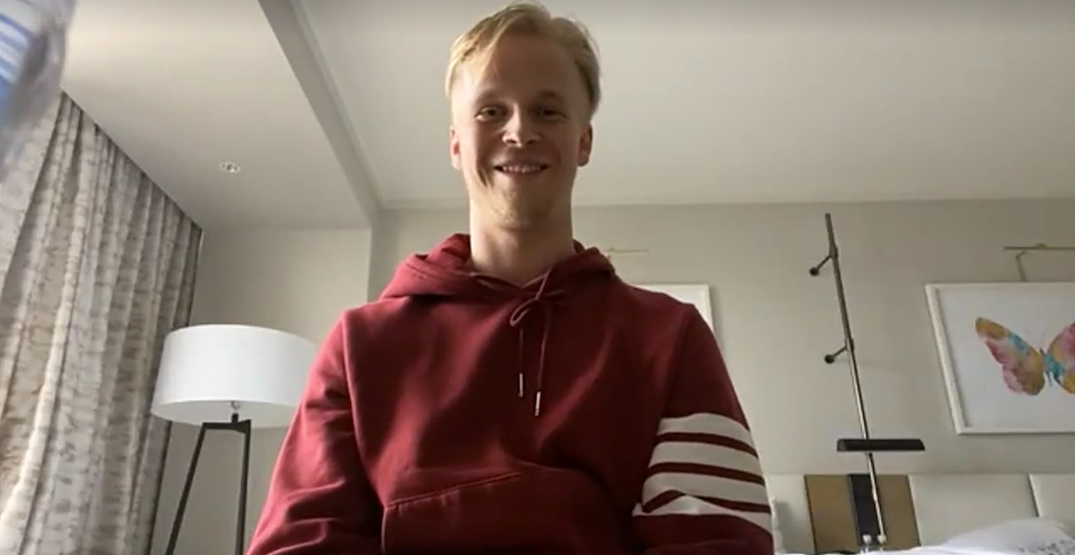 Back in Vancouver, Elias Pettersson is skating at Rogers Arena with many of his Canucks teammates, but life certainly isn’t back to normal.

Having flown back to Vancouver from Sweden, Pettersson is subject to Canada’s mandatory 14-day quarantine rule, albeit as a cohort with other teammates that were out of country.

That means he’s allowed to go to the rink to practice on the ice and work out in the gym, then back to team hotel. And that’s about it. No trips to Celebrities for this guy.

“Life is how I thought it would be the next two weeks,” said Pettersson. “We’re in a hotel room. We’re getting food from the rink, from the Canucks. We’re able to order take away from restaurants.

While his buddies like Brock Boeser and Quinn Hughes are also staying in the same hotel, Pettersson says he’s communicating with them through PS4 gaming.

That’s a little ironic given that Canucks players banned video games on the road two years ago because they wanted teammates to bond with each other.

Now? Well, it appears Pettersson and Boeser are bonding through their love of the show Gossip Girl.

if you’re telling me that brock boeser and elias pettersson are quarantining in vancouver & watching gossip girl together i am going to perish pic.twitter.com/o4N86AOW8d

“I’ve never watched it. Brock said it was really good, I gave it a try. It was good,” Pettersson admitted.

But is he binging it?

“Uhh no,” Pettersson before cracking a smile and winking.

As for life at the rink, Pettersson says he’s about 90% right now, given ice wasn’t available to him near his home in Sweden.

“I feel good. When you’re not on the ice every day, you lose timing, you lose conditioning in your legs. It will come back soon.”

Players skating at team facilities have to undergo frequent testing, which certainly doesn’t look like an enjoyable experience.

“Testing was a little odd, a little uncomfortable when you do it, but it goes over fast. It’s not too bad,” said Pettersson.

Players have to physically-distance themselves on the ice as well.