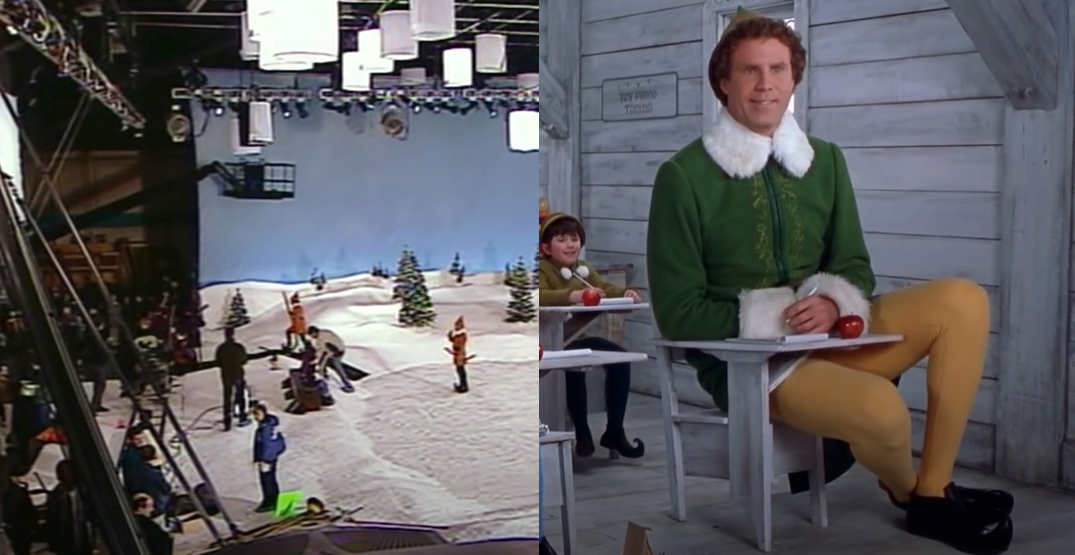 We have known for nearly two decades that Vancouver played a big role in the film production of New Line Cinema’s Elf, and it has since become a legit contemporary Christmas cult classic.

A new behind-the-scenes video by Netflix on the 2003-released movie features interviews of the production team, covering why they chose to film in Hollywood North for a plot largely set in New York City.

As is usually the case with many film and television productions that come up north, it came down to the matter of money.

“We could have shot the whole movie in New York if we could afford it,” said photography director Greg Gardner, and second assistant director Kristin Bernstein added that “it’s much cheaper to shoot on stages in Canada.” 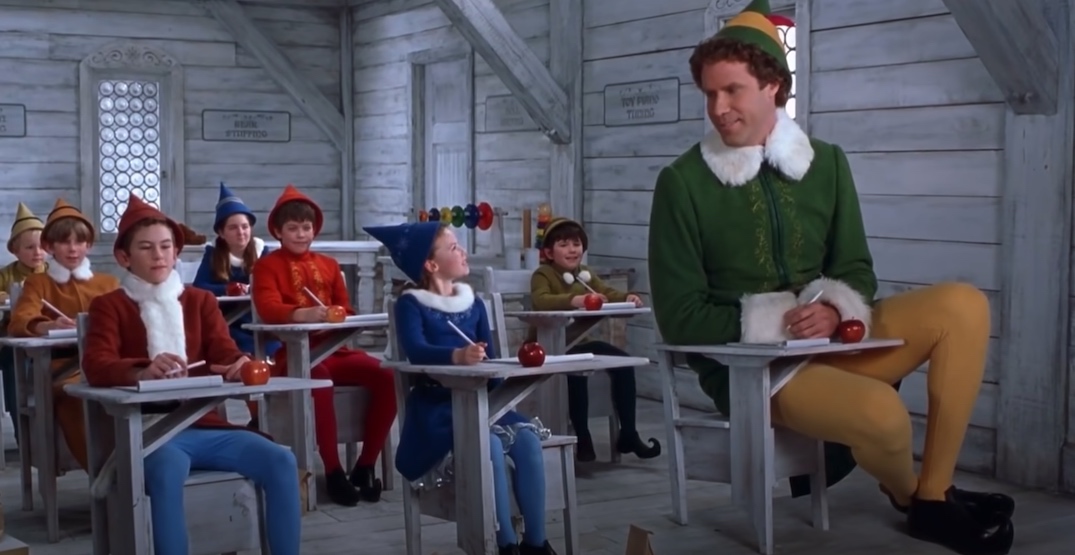 The film, starring Will Ferrell and directed by Jon Favreau, who is now best known for his work in the Marvel Cinematic Universe, had a small budget of USD$33 million.

In fact, the production’s budget was so limited that they had to “shoot on the fly” in New York with a small crew using “guerrilla” style. All of the scenes were “real,” everything from Ferrell walking through traffic to interacting with people on the street.

There were no extras, hired actors, or street closures during the limited filming that happened in New York, so they simply had Ferrell wander through the city streets and interacting with real people. These scenes were filmed in early December 2002, so New York was already looking festive. 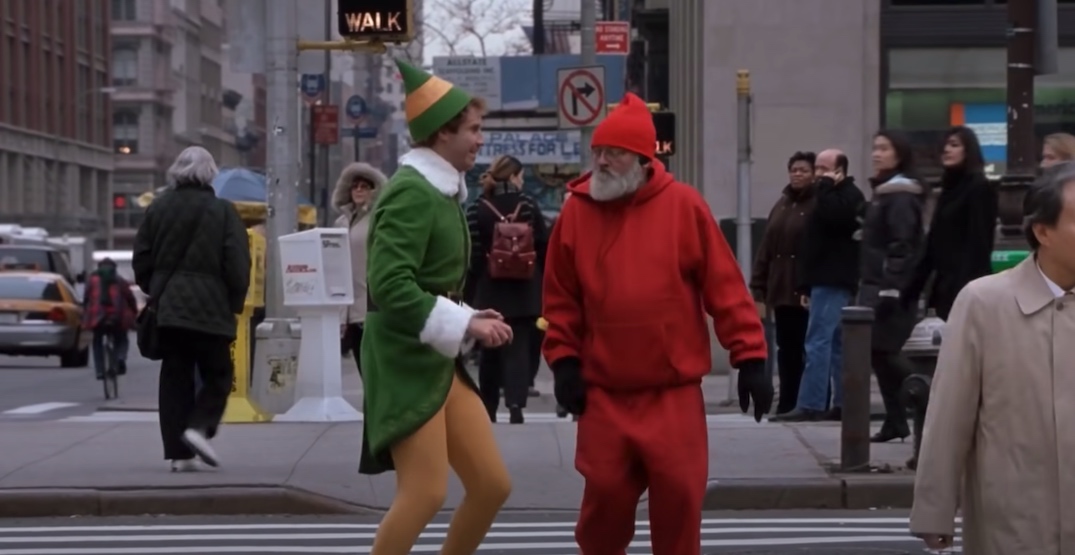 There is an unforgettable scene of Ferrell’s character, after arriving in the city, spotting a man with a white beard wearing a red jogging suit, and calling him Santa. Apparently this was a real-life encounter; the man was “just there” crossing the street, not a paid actor, according to Gardner.

“Anything could happen, that’s what I was most worried about,” continued Bernstein when recollecting on how they filmed in New York.

Much of the film, both interior and exterior shots, were filmed in sound stages in Vancouver, but there were also a number of on-location filming sites.

The production crew turned the Pacific Coliseum at the PNE into the North Pole and Santa’s Village, as none of the available sound stages in the region at the time were wide enough without any obstructions to create the setting they wanted.

In a 2013 interview with Rolling Stone, Favreau recalled filming at Riverview Hospital in Coquitlam, where they turned the mental health facility’s vast grounds into New York’s Central Park. 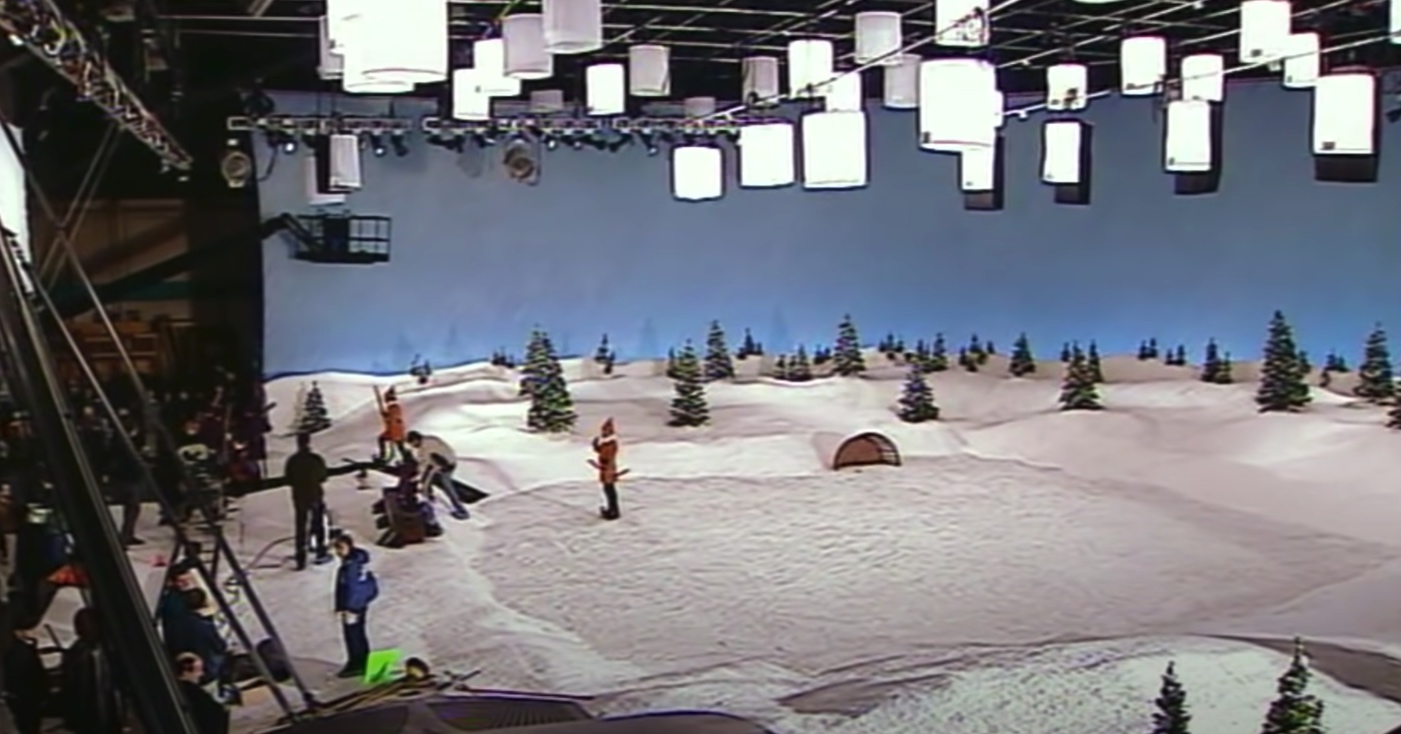 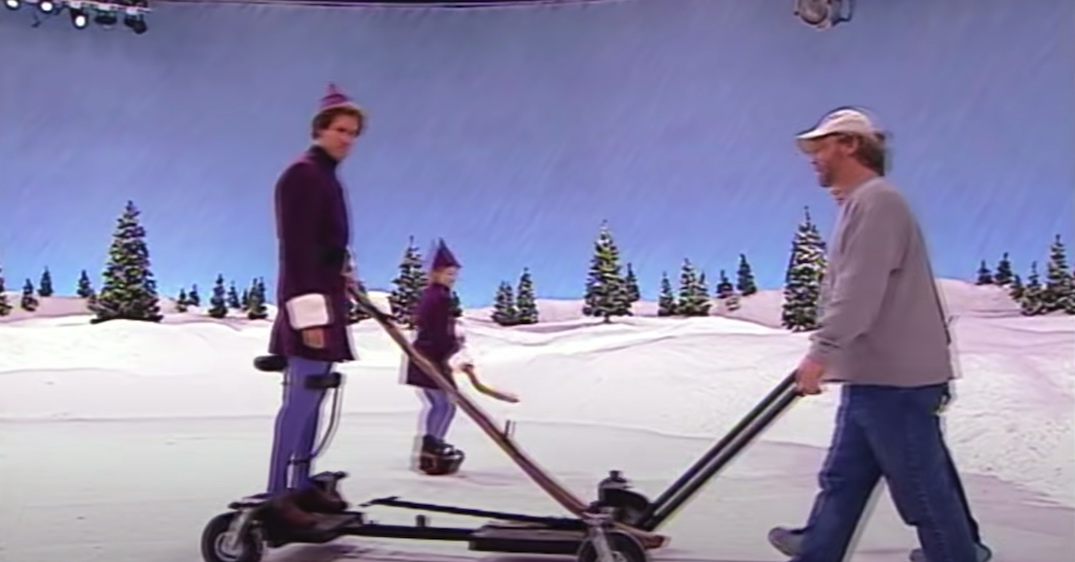 The Netflix video touched on the film’s extensive use of old fashioned movie magic, forced perspective, to make Buddy, who is actually human, look far bigger than other elves.

Making Ferrell’s character size believable involved a combination of considerations to set design, and placing him closer to the camera and others further back in most scenarios. These scenes in the first acts of the movie were filmed at the Pacific Coliseum and sound stages.

Elf was released in theatres on November 7, 2003, and went on to rake in USD$223 million worldwide.

Just weeks earlier after the start of Elf’s filming in Vancouver, local studios wrapped up the production of X2: X-Men United.

Scene in the “Elf” movie: 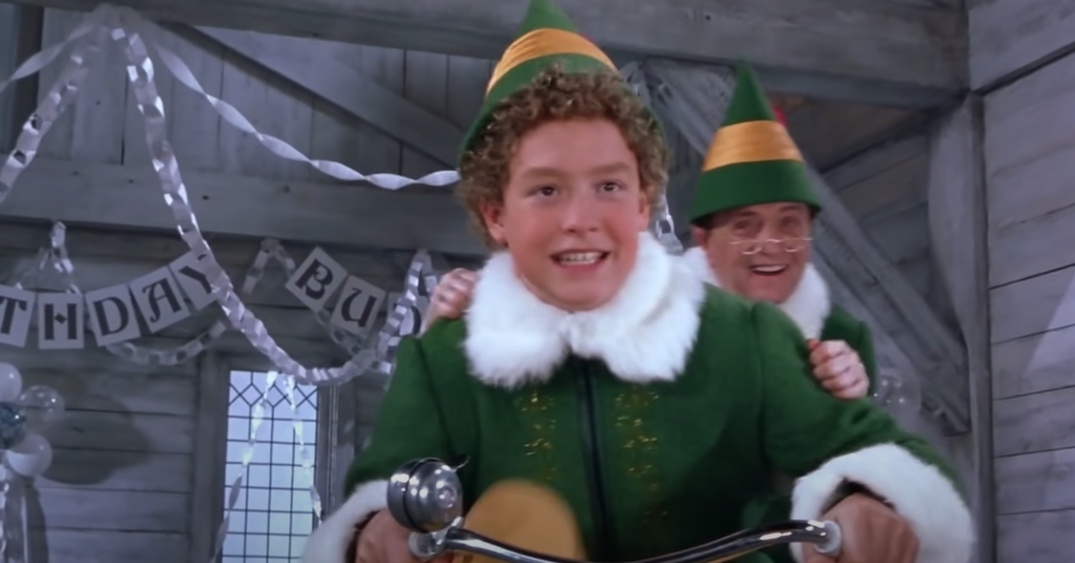 How this “Elf” scene was filmed: 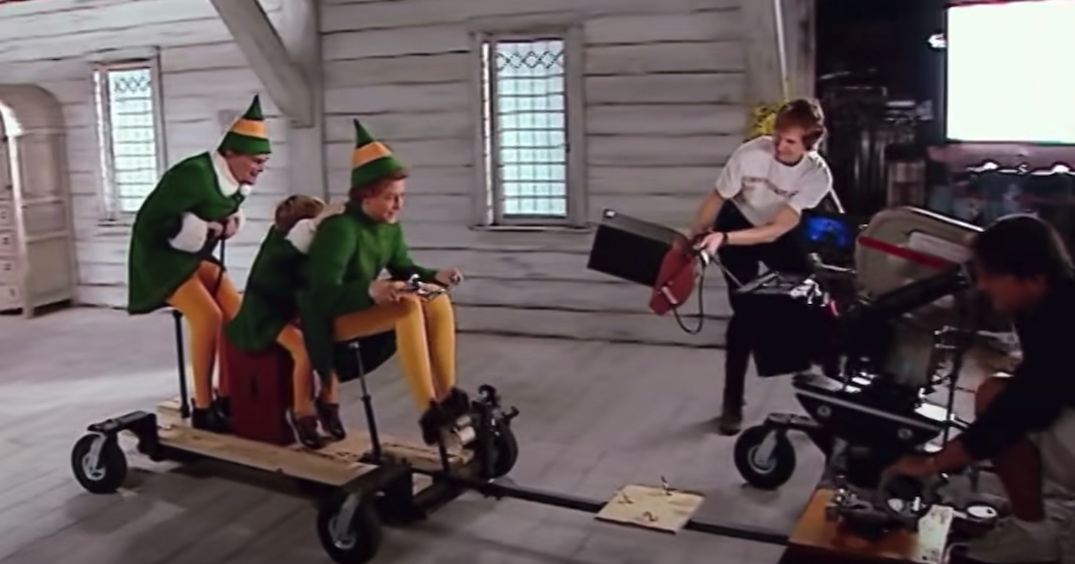