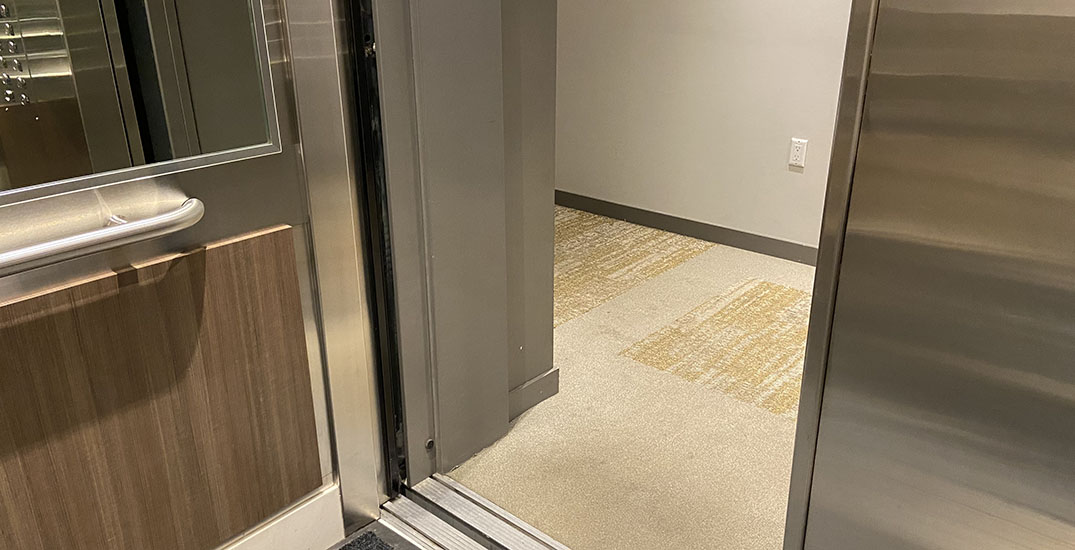 A Metro Vancouver family endured a troubling incident at their Richmond condo Friday afternoon when a fellow resident refused to follow physical distancing protocol in the elevator.

Daily Hive has agreed to keep the family’s identity private so they can avoid retaliation.

The husband and wife boarded the elevator with their one-year-old daughter to take her outside for some sunshine around 1 pm. But one floor away from their destination, a man entered the elevator.

“We asked, ‘Would you mind waiting for the next elevator?’ We would like to social distance,” the wife told Daily Hive in a phone interview.

But instead, the man rolled his eyes and stepped inside, she said.

Their building has a policy that only members of the same household should ride the elevator together to allow appropriate physical distancing. According to the family, people are usually polite and respect the policy.

But not this time. When the wife told the man he was being disrespectful, he started mocking her.

“Oh, look in the mirror when you say that, woman,” the man says in a video recorded by the husband and provided to Daily Hive.

“Close your mouth, you don’t know what you’re talking about,” he also says.

At that point, the man told the family they were the type of people he “sees everywhere.”

The family is of Asian descent and the man appeared to be white.

The husband told Daily Hive he was shaken by the comment, especially in light of recent anti-Asian crimes in Metro Vancouver during the pandemic.

(despite a policy in the building for one household to ride the elevator at a time) pic.twitter.com/7EGFdPvPkk

The family ended up exiting the elevator, and reported the incident to their strata council.

“I’m just trying to protect my family and follow instructions,” the wife said, adding it’s impossible to put six feet of space between people in the elevator.

“He’s putting his community at risk,” she said. “But also … my biggest concern is that this pandemic is causing these hurtful, racist remarks [to be] thrown at me.”

Chris Churchill, spokesperson for the strata council, said in a statement to Daily Hive that it’s reviewing the incident.

“On behalf of the strata council, we denounce all forms of hate speech, discrimination and behaviours that recklessly endanger the wellbeing and security of any resident,” he said.

The strata corporation supports all health recommendations by the provincial government to fight the spread of coronavirus, he added. To comply with mitigation measures, the strata has put up notices that no more than two individuals should be in the elevator at a time unless they’re from the same household.

The family sent Daily Hive a cropped version of the video that obscures the man’s face because they don’t want him to be harmed.