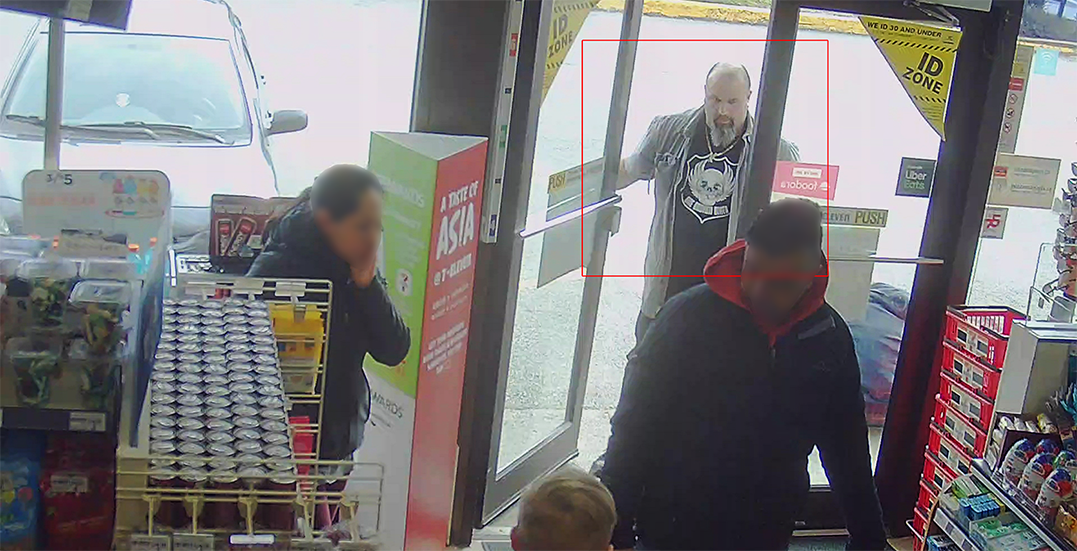 Police are searching for a suspect who assaulted an elderly Asian man with dementia in East Vancouver.

The incident took place on March 13, 2020, in the afternoon. The victim, a 92-year-old man with severe dementia, wandered into a convenience store near Nanaimo Street and East 1st Avenue.

Police say that as staff at the store were attempting to help the man, a white male in his 50s “began yelling racist remarks at the victim,” including comments about COVID-19. 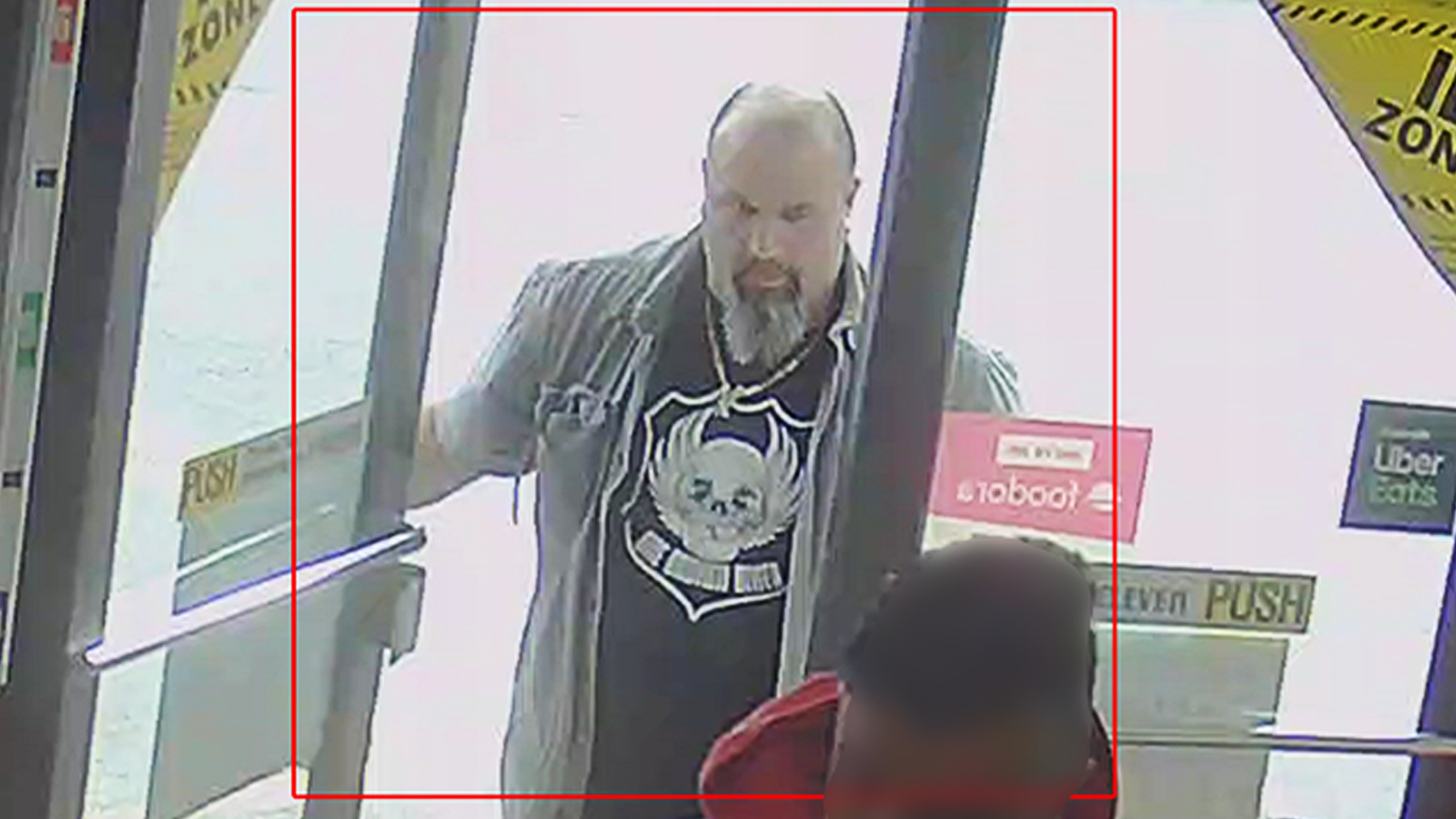 The suspect allegedly shoved the 92-year-old outside of the store, causing him to fall and hit his head. He fled the scene before police could arrive, however.

The Vancouver Police Department (VPD) has shared footage and photos of the incident and says that the assault is being investigated as a hate crime. Now, they’re asking for members of the public to step forward and help identify the individual.

“Everything about this assault and the behaviour of the suspect is despicable,” says Constable Tania Visintin. “As a police department, we do not tolerate incidents motivated by bias, prejudice, or hate. It’s even more disturbing considering the victim’s age.” 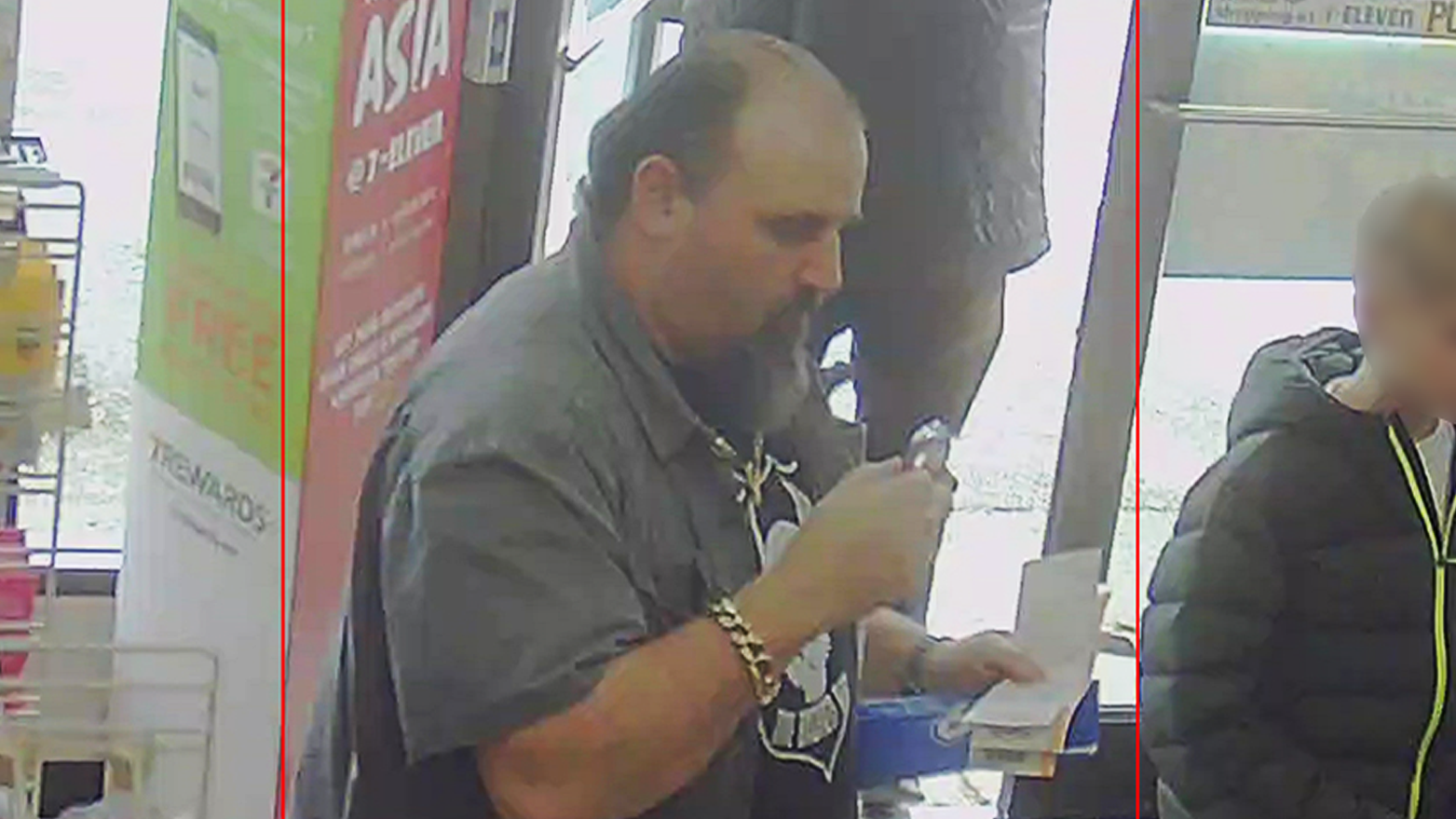 The suspect is described as a white man in his 50s, approximately 6’0″ with a heavy build. He has dark, short hair and is balding at the top. At the time of the incident, he wore a grey button-up shirt over a black T-shirt, black pants, and black running shoes.

He was also wearing a thick gold bracelet, a gold necklace, and several gold rings.

The VPD adds that they have seen an “increase in reports of anti-Asian hate-motivated incidents and criminal behaviour.”

Eleven hate crimes were reported to police in March, five of which had “an anti-Asian element.”

“We know that hate crimes and hate-motivated incidents are generally underreported. We believe the increase in March is indicative of a larger issue,” notes Visintin. “We are making a plea to victims or people who witness hate crimes to please come forward and report the incidents to police so they can be investigated.”