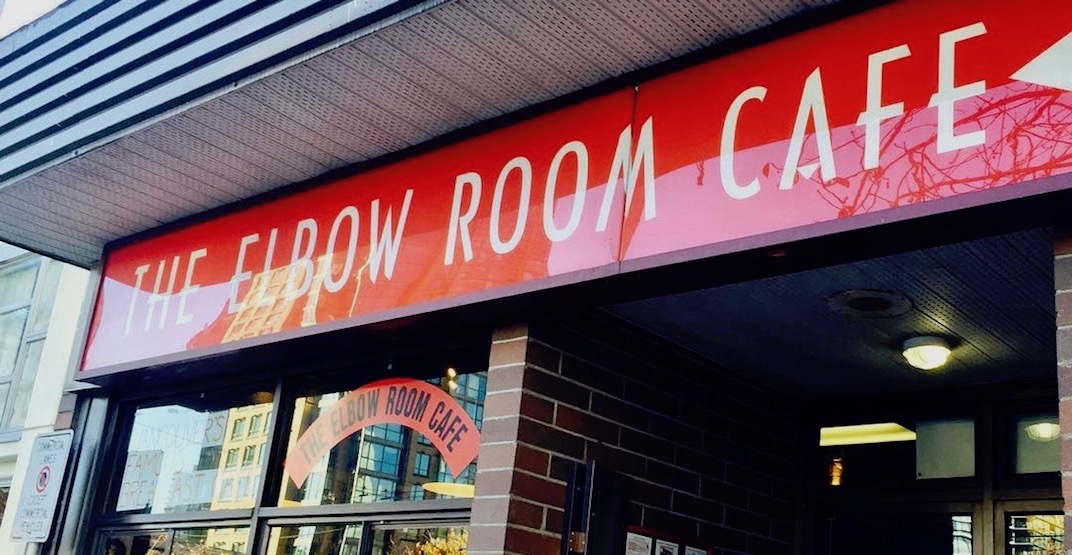 A popular Vancouver breakfast, brunch, and lunch spot, the Elbow Room Cafe, (known to serve their food with a hefty helping of sass) has shut its doors for good.

The 560 Davie Street eatery’s last day of operation was Tuesday, October 30, but owners left a public note on the door encouraging patrons to come by on October 31 from 5 to 9 pm to share their favourite Elbow Room stories and honour its 35-year legacy (no food will be served).

It was no secret that the downtown Vancouver gem was facing an impending closure.

This restaurant would be one of a handful of businesses closing to make way for approximately 146 units of new affordable rental housing in a mixed-use development.

This location was part of 900 new affordable rental units planned at city-owned sites, which was first announced last year. The units were officially approved and updated last spring.

Back in May Elbow Room staff told Daily Hive that while there wasn’t an exact date set but the lease was up in October.