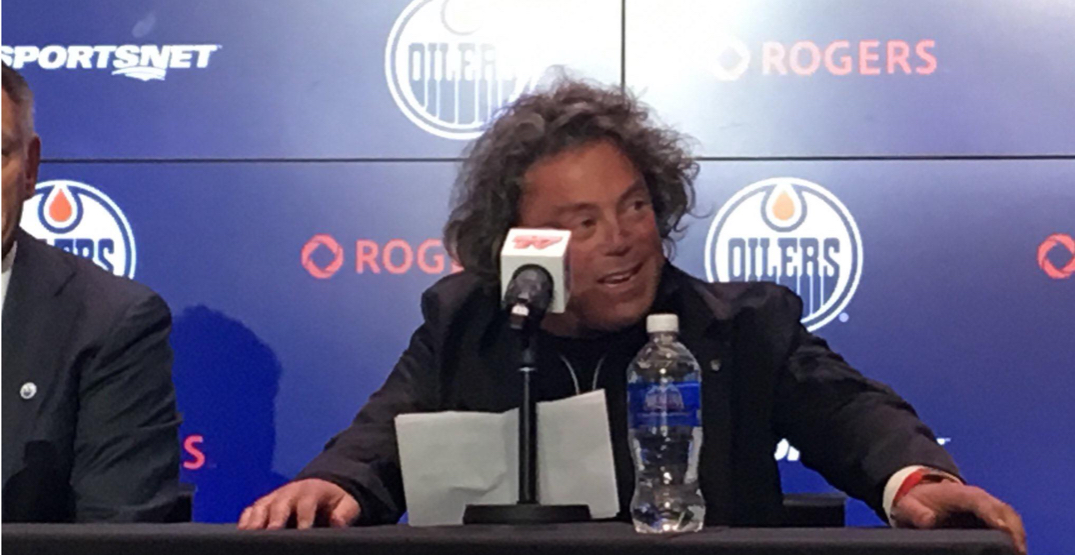 The owner of the Edmonton Oilers, Daryl Katz, is being accused of paying a teenage ballet student $75,000 in exchange for “her sexual favours.”

The civil suit, filed in the US, was brought about after a sexual abuse lawsuit was launched by seven aspiring ballerinas in 2021, according to a CBC News report.

In that filing, a husband and wife involved in ballet admitted to having had a “throuple sexual relationship” with dancer Sage Humphries — the lead plaintiff — who was 18 at the time.

But details included in the documents allege that before that relationship, Humphries had prior sexual relationships with older men — including Katz — when she was underage.

A lawyer for Katz denied the allegations, telling CBC News his client never had a sexual relationship the teen.

“Humphries was literally a child prostitute to a billionaire,” the claim says. “And her mother assisted her in laundering the money she was paid and in trafficking her to Katz.”

Robert Klieger, Katz’s lawyer, told CBC News that the pair did meet twice back in 2016 to talk about a film project the 17-year-old was pitching to Katz’s film company, Silver Pictures.

Klieger said Katz will “vigorously defend his reputation” against the “baseless and scurrilous” claims in the suit.

“It’s designed to be a distraction and a shakedown,” he said to CBC News.

Katz purchased the Edmonton Oilers in 2008, and has a net worth of $4.4B, according to Forbes.