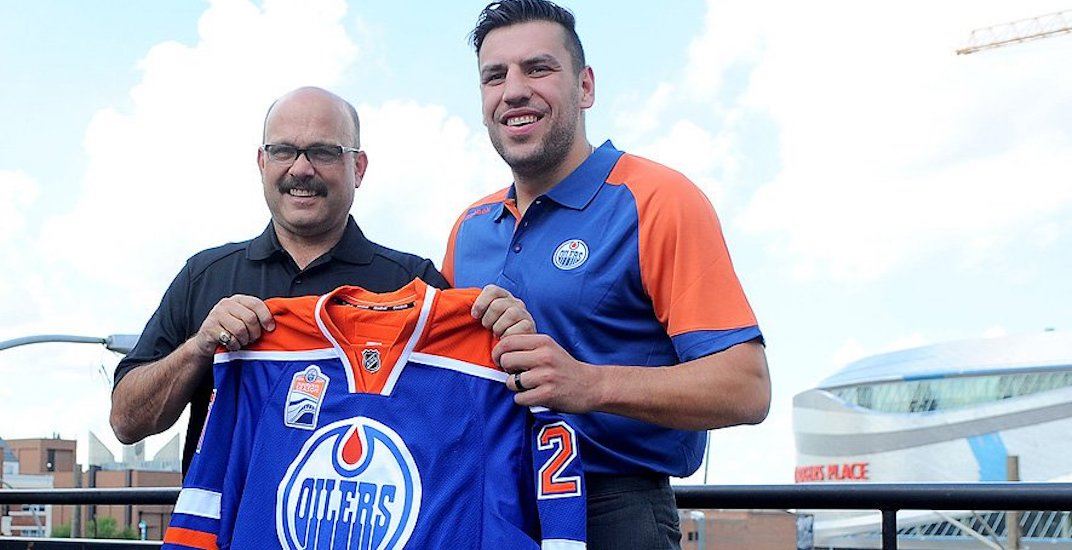 The day the Edmonton Oilers won the NHL’s draft lottery in 2015 – the fourth time they had won it in six years – and got to pick Connor McDavid first overall, was the day their sad-sack franchise stopped being a league laughing stock.

And yet here we are, nearly four years later, and we’re still laughing.

McDavid has been as good as advertised. He is indeed a generational talent, scoring 328 points in 257 career games. He’s the best player in the world.

Yet somehow Edmonton has found a way to still screw it up.

McDavid didn’t win the Hart Trophy last year, not because he wasn’t the best player in the world, but because his team missed the playoffs. The Hart Trophy was instead won by Taylor Hall, a player the Oilers traded away for second-pairing defenceman Adam Larsson.

After missing the playoffs for 10 straight years, the Oilers had an excellent season in 2016-17, making the postseason and even winning a round. The laughing stopped… but only momentarily.

In the summer, they dealt away Jordan Eberle, who was coming off a down year by his standards, but still produced 20 goals and 51 points. They got Ryan Strome in return, who was a disappointment in Edmonton before they traded him to the New York Rangers for Ryan Spooner this season.

On Monday, the Oilers put Spooner on waivers.

Last year it was back to square one, missing the playoffs by 17 points. The team was reportedly desperately looking to acquire a scoring winger via trade.

Edmonton might make the playoffs this season, but it’s not looking good. They’re currently three points back of the Vancouver Canucks, of all teams, for the last spot in the Western Conference.

Somehow, some way, Peter Chiarelli still has a job.

Hired as GM shortly after the team won the McDavid draft lottery, he began with the gift of all gifts. He also had Leon Draisaitl.

A remarkable series of wrong moves since then has stunted the team’s growth.

He signed Milan Lucic to a regrettable seven-year, $42 million contract on July 1, 2016. Lucic, who turned 30 last year, has just five goals in 49 games this season.

They effectively spat in the face of the advanced stats community when they signed defenceman Kris Russel to a four-year $16 million contract in 2017. Russell, who was 30 at the time, also got a no-movement clause put into his contract.

Is it any wonder the team is pressed up against the salary cap?

But the bad contracts are still coming, as recently as today.

Mikko Koskinen, a 30-year-old goaltender that played in the KHL prior to this season, will get paid $4.5 million in each of the next three years to stop pucks for the Oilers. He has a .911 save percentage, which ranks 19th out of 42 goalies with 20+ games played this season.

Doesn’t exactly scream “No. 1 goalie” to me.

Bad trades, they’ve made a few.

The trades haven’t all been poor (Patrick Maroon for Martin Gernat and a fourth-round pick was a good deal), but they’re completely outweighed by these blunders.

Edmonton was desperate for a reliable defenceman when they traded Hall, but they clearly should have looked to improve in a different way.

Management misread Strome’s value, while giving up on Schultz too soon.

The Reinhart move was one of their worst though, given the opportunity lost with the first-round pick. The Islanders selected Calder Trophy winner Mathew Barzal with it. The Jets took Kyle Connor and the Senators grabbed Thomas Chabot with the next two picks.

Chabot, a defenceman, would have made sense for Edmonton to pick. He’s going to play in the All-Star Game this weekend. So is Barzal.

You can make the case that the Oilers would be better off had they done nothing major in free agency and didn’t make a single trade since Chiarelli took over.

It’s been that bad.