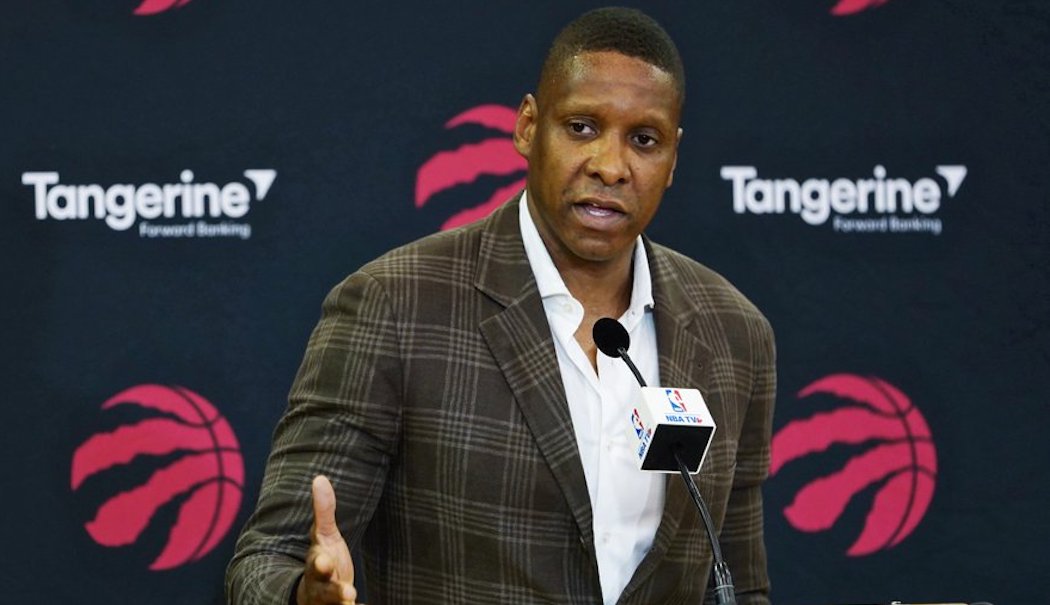 Toronto Raptors president Masai Ujiri says conversations about racism “can no longer be avoided because it is hard.”

“We have to have it. Now,” said Ujiri in an opinion piece written on Sunday in The Globe and Mail.

Ujiri, who is also co-founder of Giants of Africa, said the video of George Floyd was sent to him without explanation, and he initially thought it was filmed years ago and was shared to make a point.

“I watched it again, and again before I understood. This was new,” said Ujiri. “It was a police officer choosing to place his knee on the neck of a Black man until he was bleeding from his nose, and he lost control of his bladder, and then he died. It began right there on the street in Minneapolis, as people pleaded for his life and he asked for his mother. That man’s name was George Floyd, and he was 46.”

Ujiri said it was just a few weeks ago that we mourned the death of Ahmaud Arbery, a Black man who was shot as he was jogging in Georgia, and Breonna Taylor, who “could be killed in her own home in Louisville, Ky.? The list grows, and things don’t change.”

Since he first saw the video, Ujiri said he has been thinking about the cycle.

“A death like this happens, and we rage about it, and the headlines recede, and the world moves on, and then a few weeks later something else happens and we’re outraged again and then we move on, again. We have to stop that cycle,” he wrote.

Ujiri acknowledges that police have a tough job but adds “they are peace officers. They are supposed to protect all of us.”

“We all came into this world the same way – as humans. No one is born to be racist and none of us sees colour at first. I believe there are far more good people than bad people, but sometimes the good must do more than simply be good. They must overwhelm the bad,” said Ujiri, who wrote about his own experience during the NBA championship in June 2019.

“Our team had just won the NBA championship and I was rushing to get on the court to celebrate. I was stopped, physically stopped, by a police officer, and the confrontation turned nasty. There’s a lawsuit that’s still before the courts – he is suing me – so I can’t say too much,” wrote the team president.

“But I will say this: If it was another team president heading for the court – a white team president – would he have been stopped by that officer? I’ve wondered that.”

In his Opinion piece, Ujiri said that racism also exists in Canada.

“Canada is my home, and I know we are not immune to the disease of racism here,” he said. “But I know I also owe much to the United States, a country that has given me tremendous opportunities. However, my enormous gratitude is, at this moment, matched by an enormous sorrow for what America still needs to reconcile for all its citizens.”

While he says conversations about racism and inequality can be difficult, Ujiri said they are conversations we need to have with “our children, our neighbours, our co-workers, our classmates, our community and our leaders.”

“So many of you are asking: What can I do? There is a sense of helplessness, but that must not paralyze us. Your voice matters, especially when you are a leader or influential figure, and especially if you are White. Leaders have to be bold enough to state the obvious and call out racism,” said Ujiri.

“The conversation can no longer be avoided because it is hard. We have to have it. Now.”