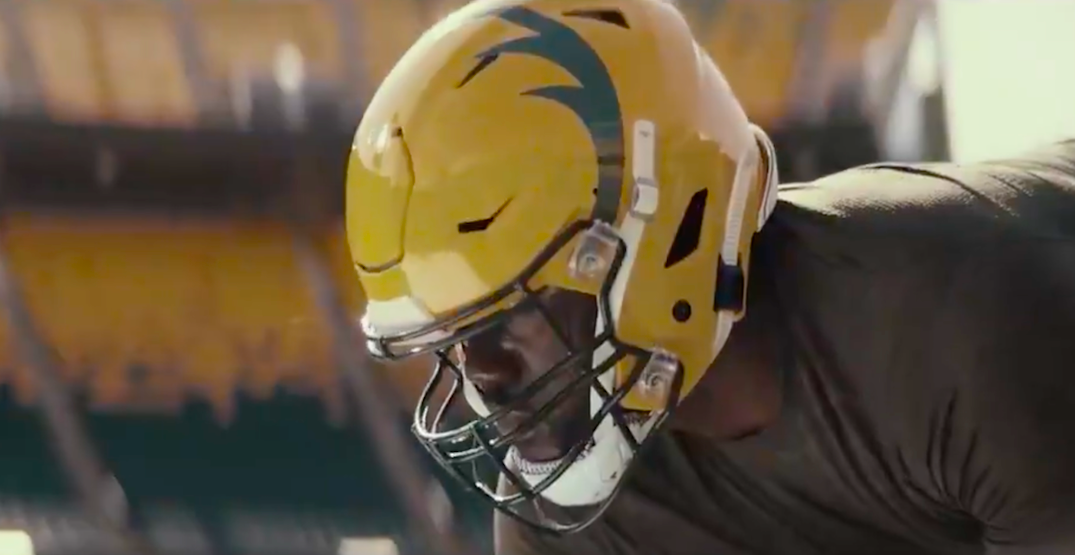 After dropping the name “Eskimos” last year, the CFL franchise officially unveiled a new name and a new logo today. They’ll be called the Edmonton Elks, and will keep the same green and yellow colour scheme.

And for those asking, yeah we got new gear!

Head to https://t.co/fuunWL4aMp to be among the first to rep the new logo. #ElksCharge pic.twitter.com/wdLOgE7iaj

The team’s logo features an elk head. The logo won’t be featured on the helmets, with the team instead opting to go with elk horns on the sides.

Edmonton opted to change its nickname last year, citing that “views regarding the team name are shifting” and that many people are “increasingly uncomfortable with the moniker.”

By choosing “Elks,” the team will still use its old Double E logo.