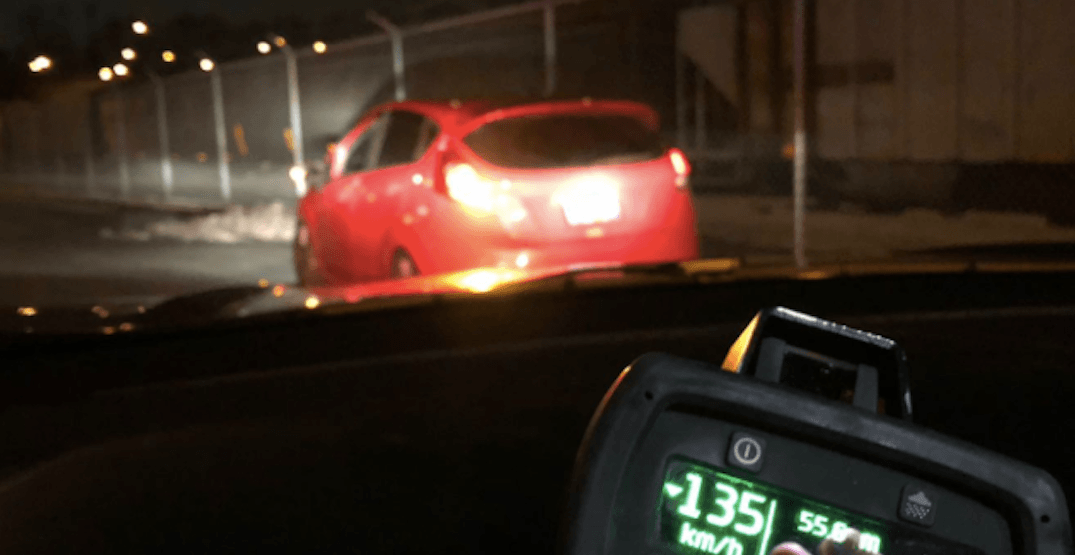 Even “small cars” are capable of excessive speed. The drivers of these cars are equally as capable at getting caught by police for doing so, like this Monday night incident in East Vancouver.

That’s the message from the VPD traffic unit, after the driver of a Ford Fiesta was caught doing 135 km/h in a 50 km/h zone on McGill Street.

Police tweeted a picture of the car and the speed, reportedly while “waiting for the tow truck.”

Small cars can speed excessively too! The #VPD just caught the driver of this Ford Fiesta at 135kph in a 50kph zone on McGill at 8:50 pm this evening. Just filling out the paper work while waiting for the tow truck! #slowdown @icbc #DriveSafe pic.twitter.com/xQFc90qDER

The Fiesta is not the first small car in recent memory to be caught for big speeds within city limits, though.

Last summer, the driver of a smart car was clocked doing 139 km/hr over the Lions Gate Bridge.

So it seems that no matter what people decide to drive, the message is the same: slow down and obey the posted limits – especially on city streets.