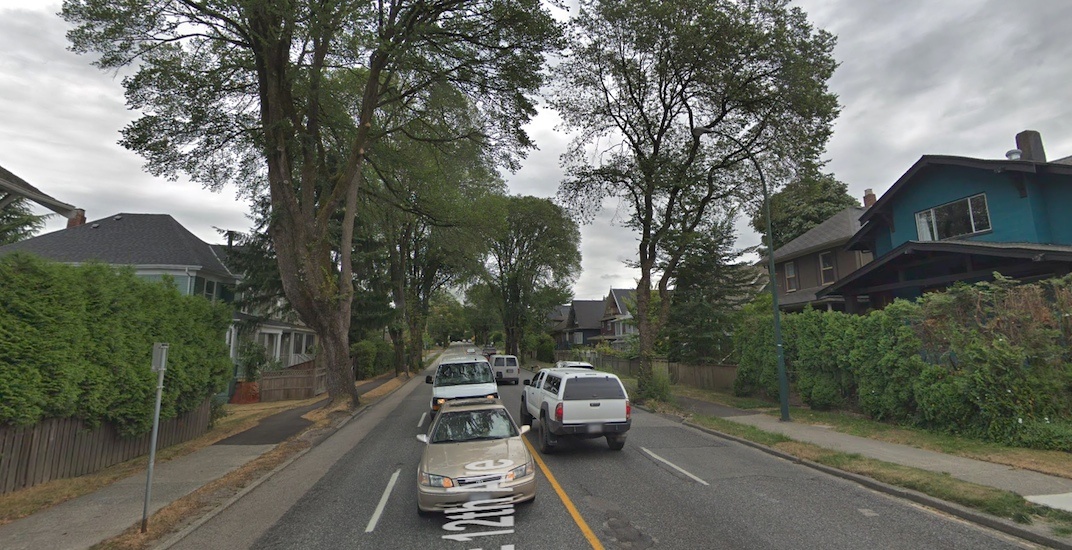 A major east-west arterial route in the city of Vancouver that leads to Highway 1 will be closed from now until Labour Day.

The City of Vancouver has completely closed the four-lane roadway of East 12th Avenue between Kingsway and Fraser Street to allow for an “urgent replacement” of a water main to be conducted.

According to the municipal government, the water main dates back to the early 1900s and is now in “critical condition following a series of recent leaks.” The major route is not expected to reopen until September 2.

The road lanes through this stretch of East 12th Avenue are also particularly narrow due to the large, tall trees that line the street. It is unclear whether the roots of these trees have had an impact on the water main’s deterioration.

Earlier this year, an area resident brought concerns to Daily Hive over the possibility that more of the tall trees on this section of East 12th Avenue could topple over onto the roadway and homes. According to the resident, trees have toppled during every major windstorm in recent years, and they should all be cut down as a precaution. 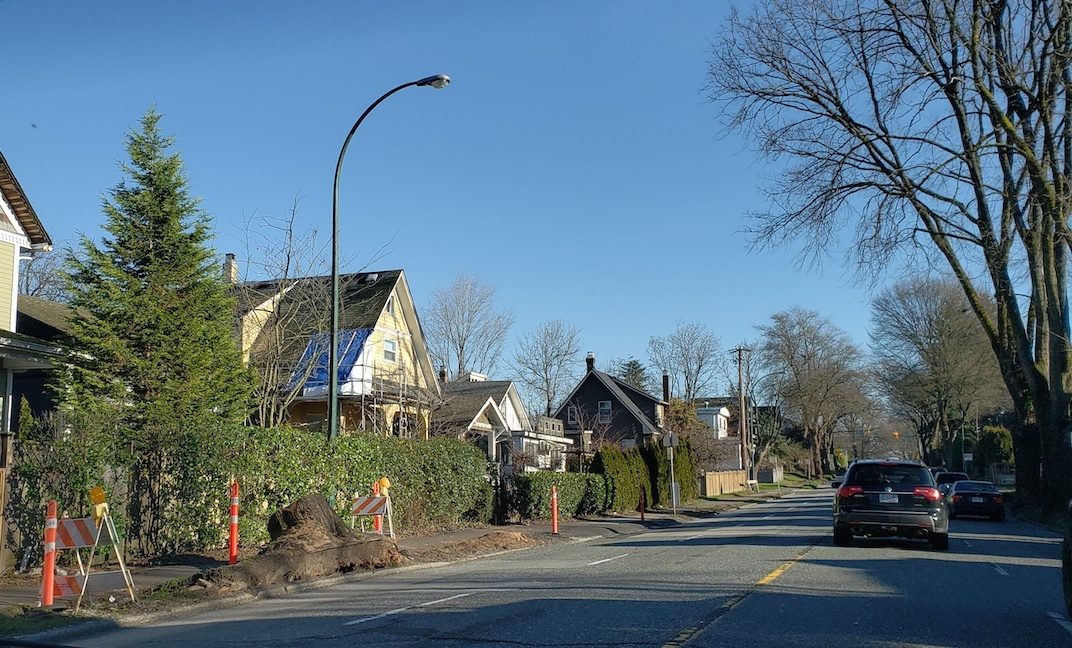 Houses on 12th Avenue between Kingsway and Prince Albert Street damaged by large trees that fell during the December 20, 2018 windstorm. (submitted)