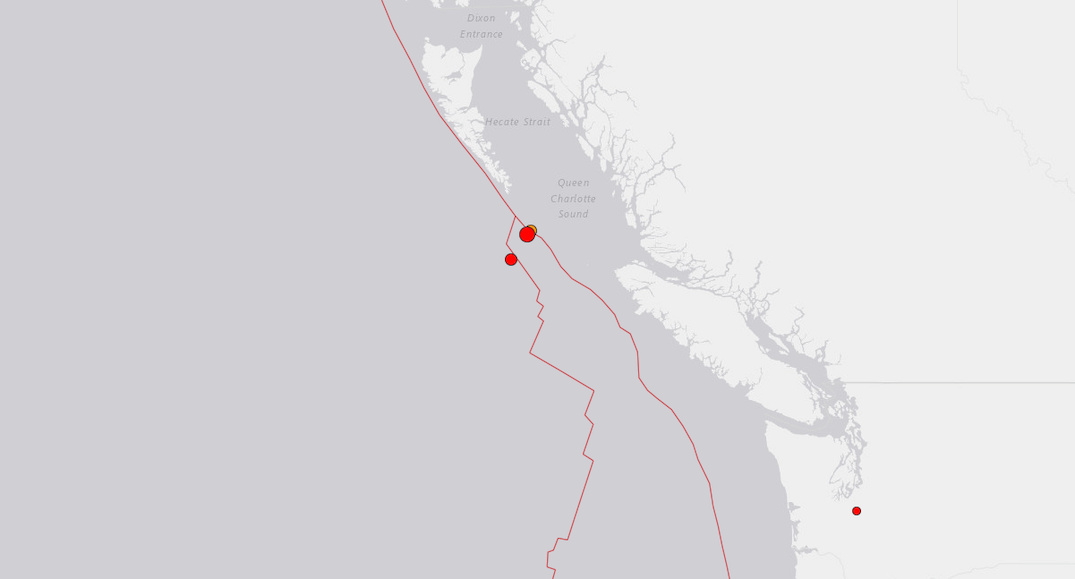 For the third day in a row, earthquakes rocked the coast of BC early Friday morning.

According the US Geological Survey, three earthquakes struck near Bella Bella throughout the morning hours.

The second was the strongest at 5.6, and was 192 km west of Bella Bella and struck seven minutes later at 5:58 am PT.

In terms of depth, the first and third were at 10 km, and the strongest one was shallow at 5.1 km.

There was no tsunami warning issued following this morning’s earthquake.

No tsunami threat to #BC https://t.co/E8k4MymgrQ

On Wednesday evening, a magnitude 6.2 earthquake struck the coast of British Columbia and a separate 4.3 magnitude earthquake was detected farther north in the region on Thursday, according to the US Geological Survey.

Thousands of earthquake occur in the province every year, but only a small fraction have a magnitude of 3.0 and over. Wednesday’s 6.2 was the most powerful earthquake in BC since October 21, 2018.