Hours after a magnitude 6.2 earthquake struck the coast of British Columbia late Wednesday, a separate 4.3 magnitude earthquake was detected farther north in the region, according to the US Geological Survey.

The second seismic event occurred just before 6 am PT on Thursday, and had an epicentre 110 km west of Craig, Alaska, in an area north west of Haida Gwaii.

The epicentre was also near the fault line that divides the Explorer Plate and the North American Plate. The depth of the earthquake was shallow at 5 km. 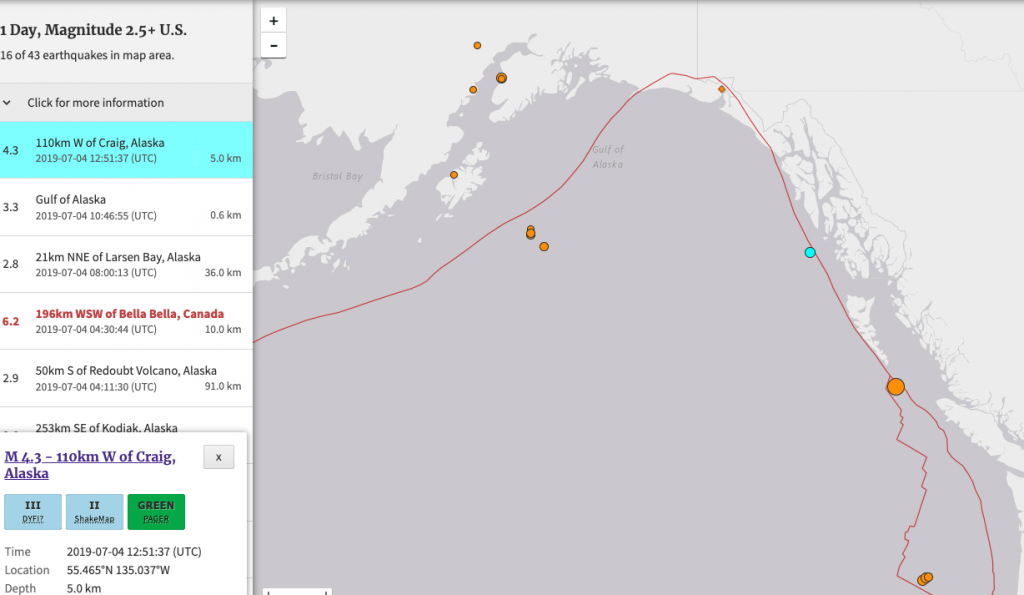 There was no tsunami warning issued following either Wednesday or Thursday’s earthquake.

Thousands of earthquake occur in the province every year, but only a small fraction have a magnitude of 3.0 and over. Wednesday’s 6.2 was the most powerful earthquake in BC since October 21, 2018.