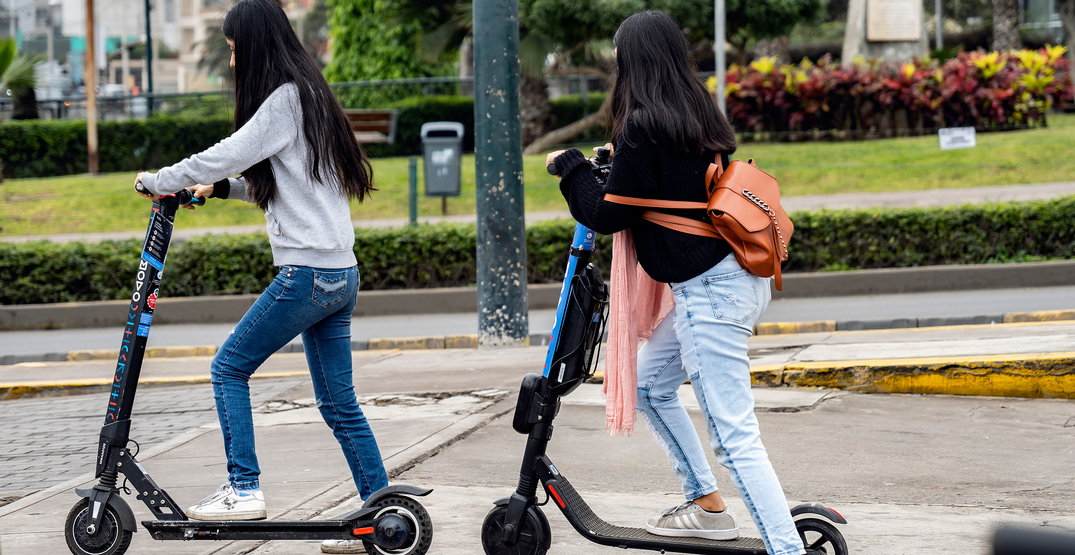 Thanks to the launch of a new pilot project, BC residents “are one step closer to hopping on e-scooters to get around town,” according to the provincial government.

Now, the province is inviting communities who are “interested in being on the front lines” of testing new and emerging transportation technologies (such as e-scooters and electric skateboards) to submit their proposals to the Ministry of Transportation and Infrastructure.

The invite comes after the provincial government released its pilot project proposal package earlier this month, following recent changes to the Motor Vehicle Act. The package is available online and includes detailed information on the process.

“We recognize technology and transportation are changing, and people want new ways to commute,” said Rick Glumac, Parliamentary Secretary for Technology, on behalf of Claire Trevena, Minister of Transportation and Infrastructure. “I look forward to seeing how these pilot projects will help British Columbians access modern ways of getting around their communities.”

Changes to the Motor Vehicle Act, which were approved in Fall 2019, give the government a chance to work with communities in researching and testing how new mobility technologies should be used to promote the safety of all road users and address changing public mobility needs.

The province said this invitation launches the first phase of pilot projects “aimed at modernizing the framework of rules that govern BC’s roadways.” It also “aligns with the Province’s Active Transportation Strategy” and supports the CleanBC plan to build a stronger, brighter future and make active transportation easier and safer. This will create a cleaner, healthier and more sustainable BC.

Proposals for pilot projects will be accepted until 4 pm on March 6, 2020, at which time the ministry will review and consider applications. Approved pilot projects may be implemented as early as this summer, the government said.