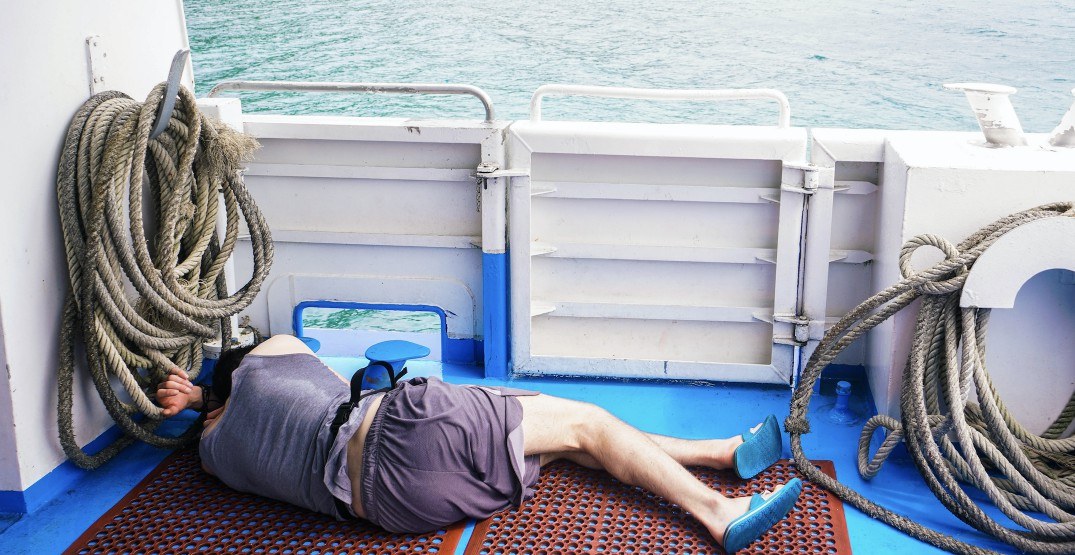 A BC man was arrested after allegedly being found drunk and sleeping behind the wheel of a fishing boat, while it was doing doughnuts off the coast of Vancouver Island.

According to Port Hardy RCMP, the incident took place at approximately 9:50 am on November 29.

Police arrived on the scene after receiving a report from the Marine Authority of a fishing vessel that was “being operated in an erratic manner” in the port, and that the driver of the boat could be impaired.

Officers were able to spot the boat through binoculars and saw that it was circling in the same spot on the open water.

With the assistance of the Canadian Coastguard,  two officers headed out to the vessel and saw a man seated at the helm, slumped over and non-responsive.

According to RCMP, the “fishing vessel was quickly and continually turning to the right in a circle that appeared to be less than 200 metres in circumference. There was concern for the well-being of the operator as he was non-responsive and clearly not in control of the moving vessel.”

One RCMP officer and the coast guard attendant managed to get on board and slow down the vessel. The driver was examined and it was determined that he was “grossly impaired” and an open container of liquor was found on board. There was also another man found sleeping on the boat.

The fishing vessel and the two men on board were brought back to Port Hardy Marina. The driver was transported to hospital for further examination, due to his extreme level of intoxication. He was also arrested for impaired operation of a vessel.

RCMP continue to investigate the incident.