The BC Coroners Service has recently reported a spike in illicit drug deaths for the month of March 2018.

According to a release from the Coroners Service, there were 161 suspected deaths that resulted from the overdose of illicit drugs in British Columbia. The 161 deaths make for the second-highest monthly total to date. The record for suspected overdose-deaths in the course of a month is 162, back in December 2016. 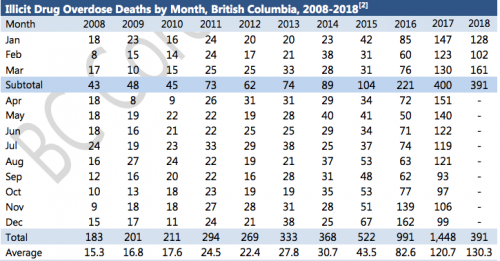 The report also shared that between January and March of 2018, fentanyl was “detected in post-mortem testing” in more than eight-in-ten deaths. For the first three months of 2018, there has been a total of 391 drug-related deaths. 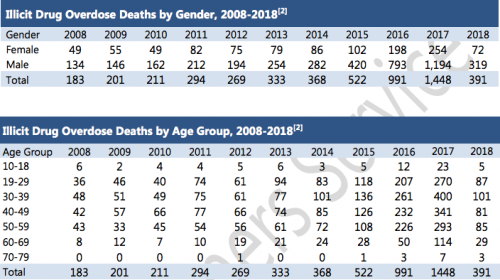 The BC Coroners service “urgently reminds those using illicit drugs not to use alone,” as the majority of decedents (90.5%) died indoors. No deaths were reported at supervised consumption sites, or drug overdose prevention sites.

More than 1,400 British Columbians died due to suspected illicit drug overdose in 2017.