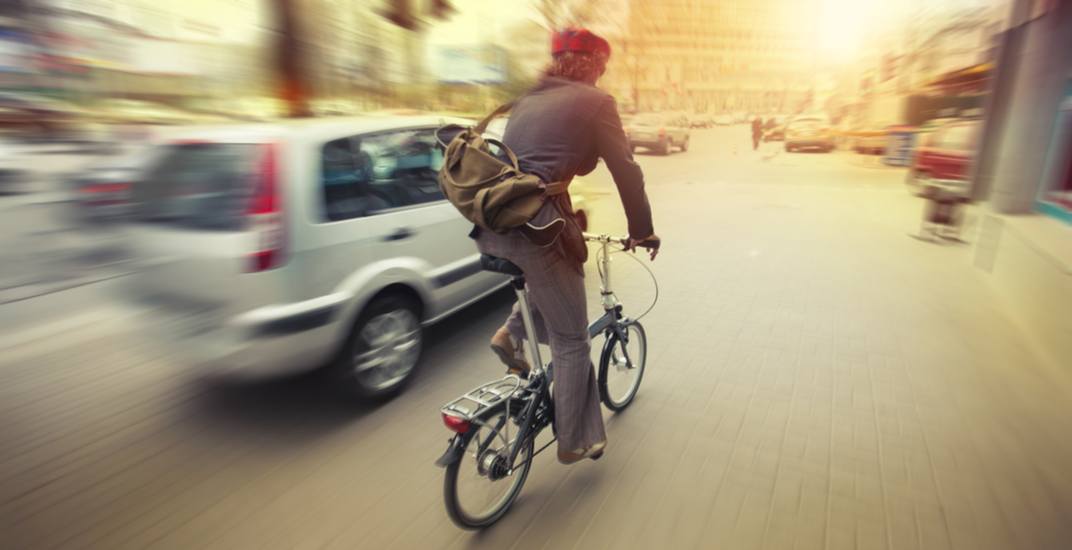 BC biking lobby group HUB is proposing a raft of cyclist-friendly changes to the Motor Vehicle Act, including legally enforcing a safe distance for drivers passing cyclists.

HUB Cycling is proposing this as part of the Road Safety Law Reform Group, which includes the BC Cycling Coalition, health researchers, and the Trial Lawyers Association of BC.

Other proposals made include legally enforcing a safe passing distance of between one and 1.5 metres when drivers are passing cyclists.

The cycling advocacy group has submitted their proposals to the BC government, and suggest the Act’s name is changed to the Road Safety Act.

“The name itself is biased,” said David Hay, Bike Lawyer and Group Chair in a release. “It’s inherently favourable to people who aren’t vulnerable road users.”

Drivers whose negligence causes injury or death to cyclists would face higher penalties, under HUB’s proposals.

As well, HUB would like to see higher fines for drivers who “door” or harass cyclists, or drive aggressively.

And under their proposals, cyclists would be allowed to pass on the right, while drivers would not. Currently, the law prohibits this for everyone.

When can cyclists ride side by side?

The proposals also require more clarity on when cyclists could ride side by side. Currently, this is prohibited when it impedes the flow of traffic.

Finally, HUB are recommending clarification over what types of e-bikes and scooters are allowed in bike lanes, and the speed limits that apply to these vehicles.

“The Motor Vehicle Act has not been substantially updated for more than 50 years”, says Kim Konnert, HUB Cycling’s Director of Communications, in the release.

“In that time, much has changed on our roads, including the presence (and desire for) more active transportation users, larger vehicles, new technology and infrastructure and higher traffic volumes.”

Editor’s Note: This story initially reported HUB proposed drivers must disprove their own negligence in cyclist-driver collisions. However, HUB has confirmed with Daily Hive they are no longer asking for this change.