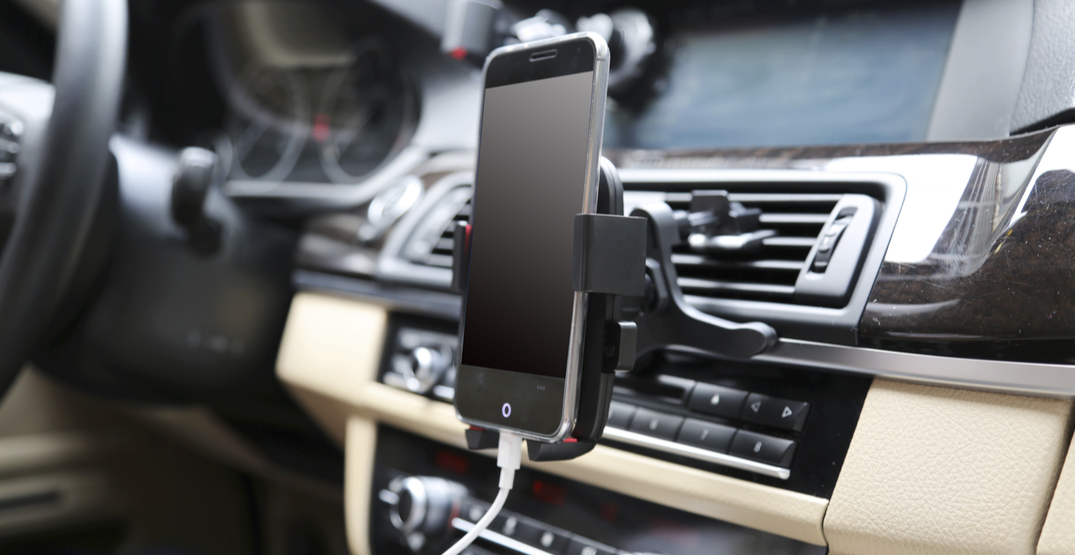 An “N” driver from Burnaby recently had his ticket acquitted after a Supreme Court judge ruled that driving within sight of an electronic device is “not enough to constitute use.”

The case dates back to April 6, 2018. According to the court document, a police officer was conducting distracted driving enforcement in Burnaby and noticed the individual in question driving with a cellphone mounted to the dashboard of his car.

The court document notes, however, that “at no point did the officer observe the [driver] holding touching, or otherwise making use of the device.” The screen was also said to have remained dark throughout the interaction, which was the basis of the driver’s court dispute.

When the driver first went to trial, the judicial justice ruled that he was guilty on the grounds that “driving with a device in plain sight constituted the use of that device.”

The driver appealed the conviction, however, saying that “it was an unreasonable verdict because there was no evidence that he had used the device in any way.”

When the matter was brought before the BC Supreme Court, the Honourable Madam Justice Watchuk was asked to “clarify the meaning of ‘use’ in this context.”

“The issue raised in this appeal is whether the presence of an electronic device in plain sight in a vehicle is sufficient to constitute ‘use’ in this context,” reads the court document.

According to the Honourable Madam Justice Watchuk, the term “use” is defined in Section 214. 1 of the Motor Vehicle Act as constituting one of the following prohibited actions:

“The definition of ‘use’ encompasses a broad range of actions,” says Honourable Madam Justice Watchuk. “To commit an offence, however, the driver must do something to actualize or heighten this latent risk of distraction.  In this sense, the offence can be said to require an ‘accompanying act’ on the part of the driver.”

Ultimately, the ticket was thrown out and the driver was acquitted.

“Merely driving within sight of a device, however, is not enough to constitute use,” writes Honourable Madam Justice Watchuk.