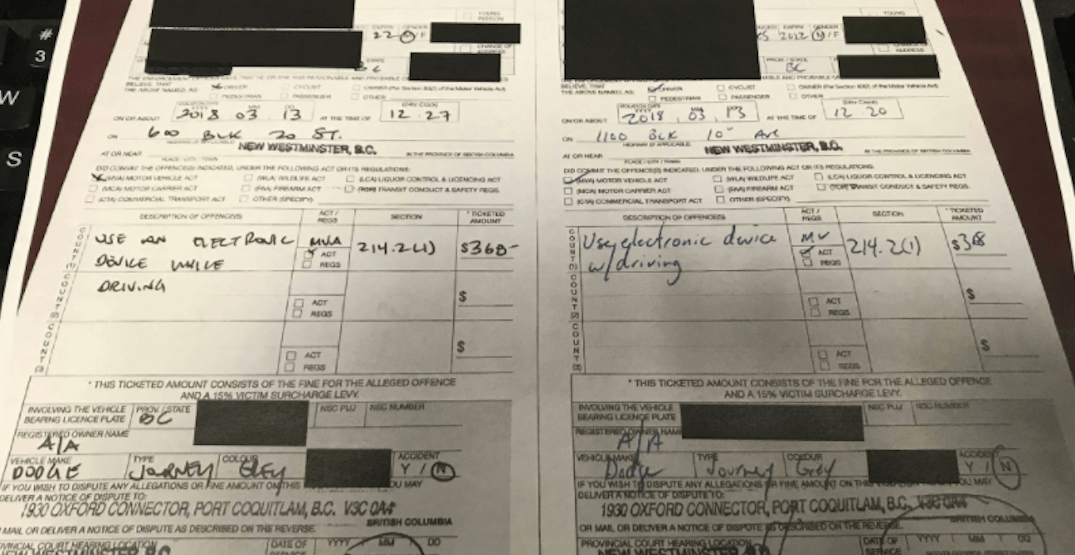 A driver in New Westminster is out over $700 after being ticketed for distracted driving twice in under 10 minutes on Wednesday.

In a tweet, New Westminster Police said the two tickets combined leave the driver with a $736 bill, and 8 demerit points.

The incident in New Westminster is just the latest in a number of similar offences that have taken place in the past couple of weeks.

Other drivers have received multiple tickets in short time periods recently, as well.

Exactly one week ago, a driver in West Vancouver received two tickets in under 15 minutes for distracted driving, while another motorist in Burnaby was found with two phones on her lap, no license, and no insurance.

Adding to all of this? March is Distracted Driving Awareness Month.

The use of personal electronic devices while driving has been banned in BC since January 1, 2010.

The fine for a single distracted driving violation ticket is $368, along with 4 penalty points that will be applied against a driver’s record.

These points will also result in a driver paying a further $175 – the ICBC Driver Penalty Point premium – for a total of $543 for a first infraction.