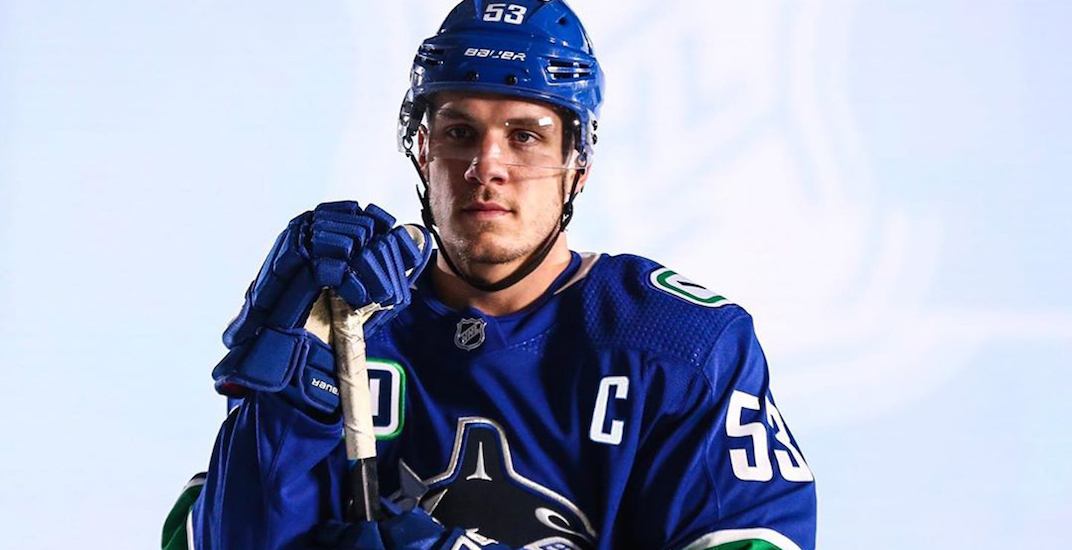 Bo Horvat has been named the 14th captain in Vancouver Canucks history.

The Canucks delayed the big announcement until tonight’s home opener against the Los Angeles Kings, making the reveal in front of fans at Rogers Arena prior to puck drop.

Vancouver hasn’t had a captain since Henrik Sedin retired at the end of the 2017-18 season. Horvat, along with Alex Edler, Chris Tanev, and Brandon Sutter served as alternate captains last season.

A native of London, Ontario, Horvat has improved every year since the Canucks selected him ninth overall in the 2013 NHL Draft. Now in his sixth NHL season, Horvat posted career-highs in goals (27), assists (34), and points (61) in 2018-19.

Horvat, 24, is the youngest player to be named Canucks captain since Trevor Linden wore the C at age 20.