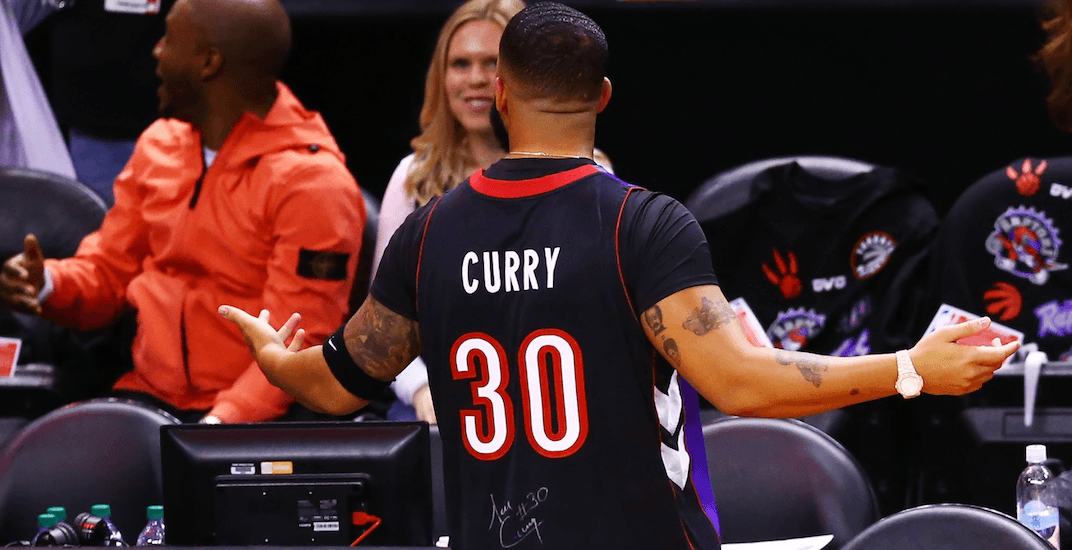 With the stakes as high as possible, you knew Drake would come up big during Game 1 of the NBA Finals.

With concerns of the Drake Curse in the air, rocking Raptors gear could be a risky proposition. But you’ve got to support your team.

Well, Drake found the best of both worlds, rocking a No. 30 Curry retro Toronto Raptors jersey.

Steph Curry, now a superstar with the Golden State Warriors, is of course the son of Dell Curry, a member of the Raptors from 1999 to 2002.