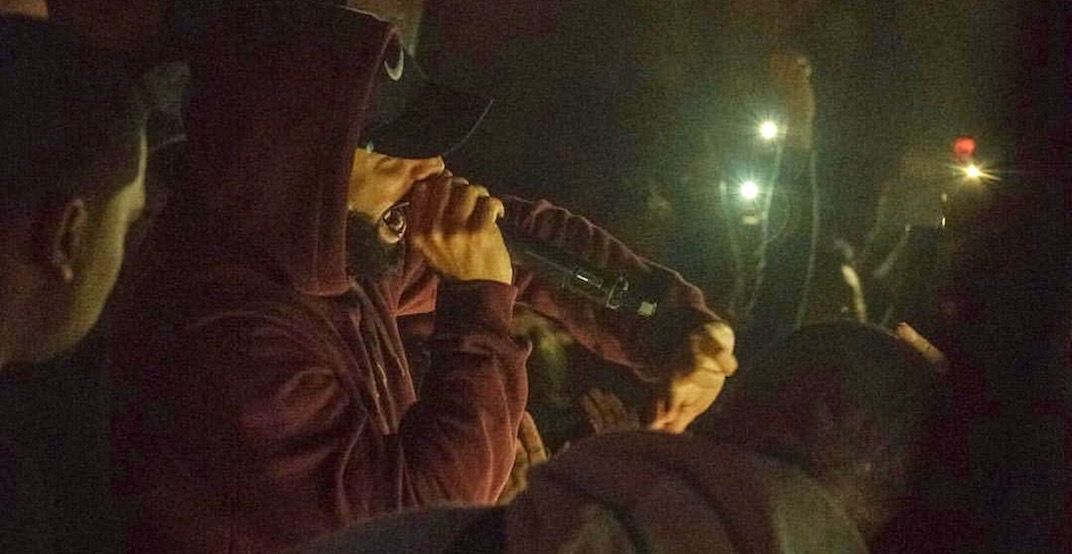 If you chose last night to be your ‘Adventures of Sabrina and chill’ night, well, we have some bad news for you.

Canada’s rap legend Drake actually popped up at the Vancouver club Fortune Sound last night, surprising fans partying at the Chinatown night spot, and giving the rest of the city some seriously FOMO.

Fortune Sound began posting images and videos of Drake in the wee hours of November 3, showing the megastar touching hands with fans while rapping on the intimate stage of the 147 E Pender Street venue.

The club also hosted some OVO up and coming talent like Toronto’s Roy Woods last night. Fortune noted on Instagram that it was “truly honoured” to host the 6 God, and it looks like fans were truly shocked.

Drake started the party early in Vancouver, because the singer/rapper is in town for his major 41-date concert tour, Aubrey and The Three Amigos Tour, which will take place November 3 and 4 at Rogers Arena.