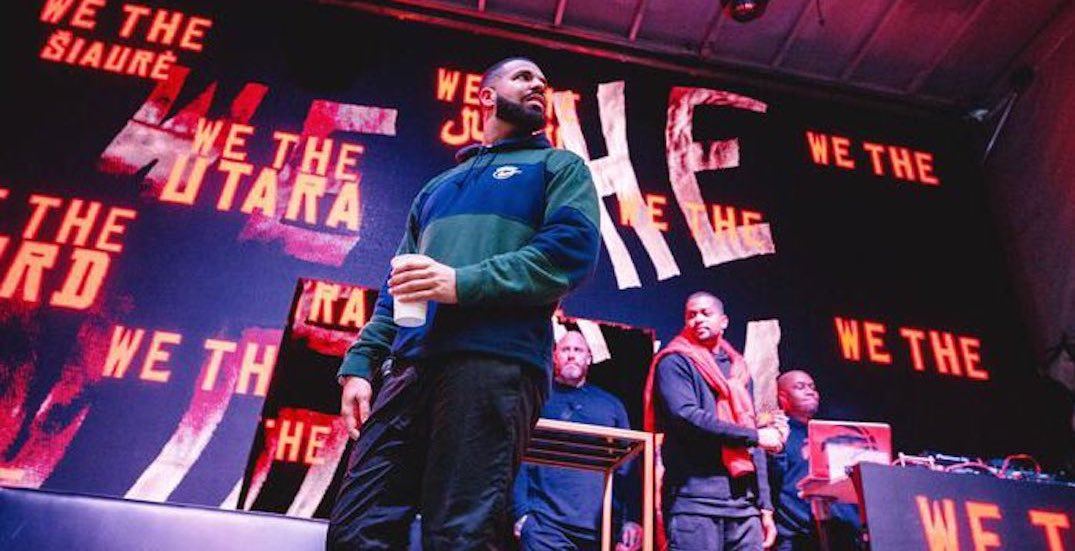 It was a big game for Toronto, so big that Drake himself was the official hypeman at Jurassic Park for the Raptors’ Game 5 win.

Before the game even started, Champagne Papi posted an Instagram story encouraging fans to go cheer on the Raps, even though it was an away game in Milwaukee.

“Meet me in Jurassic Park at 8:30, whole city should be out like the sun… History is upon us,” he shared to his 57 million followers.

And within hours, Drake was there, among other Raptors fans, watching the game.

Until last night, the Milwaukee Bucks had not lost three games in a row the entire season. And last night’s win means the Raptors are now leading this series 3-2.

Social media videos show Drake watching the game, jumping at times, and cheering on his team while getting the crowd riled up.

Following the win, his passion was shared unexpectedly.

“Look around you, we created this,” Drake said in a surprise scrum. “This didn’t exist before we were here, look around at the Square [Jurassic Park]. All we are is proud and passionate we are like a college sports team, the Toronto Raptors. I love Toronto, I love this team, and we’re going to the NBA finals.”