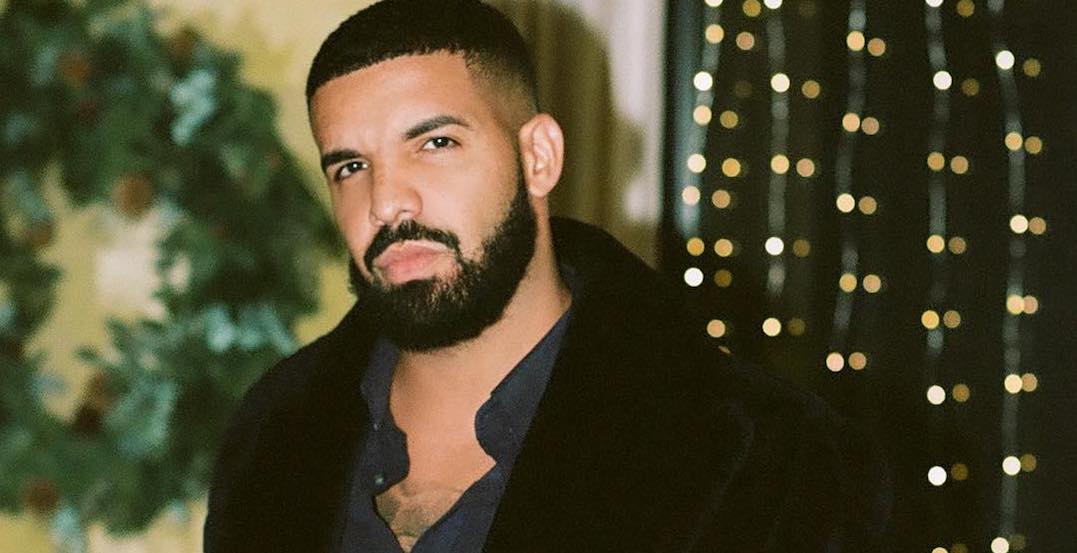 Despite someone’s best efforts, it seems like Drake won’t be performing at a fan’s wedding after all.

The Canadian rapper revealed through another series of Instagram DMs that the initial wedding request that went viral was a hoax.

An Instagram account called “drake_wedding” had been created, with one post (which was then deleted) of a fan reaching out to Drake, asking the superstar, “how many likes or follows for you to perform a couple songs at our wedding?”

After generating impressive numbers, it seemed like Drake would have to be taken up on his word and perform at the wedding.

Except, we now know the wedding was never real.

The message laid out that the supposed “husband-to-be” made up the story. 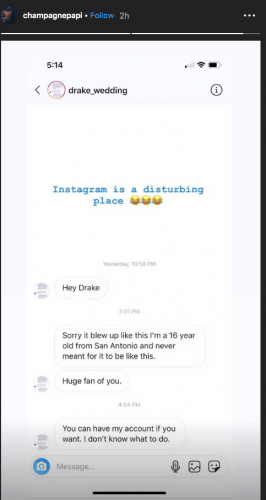 “Hey Drake,” started the revelation. “Sorry it blew up like this I’m a 16 year old from San Antonio and never meant for it to be like this. Huge fan of you.” To no response, the 16-year-old concluded with, “You can have my account if you want. I don’t know what to do.”

Kudos to the creative young fan for getting a response out of the famous rapper but it seems like he’ll be stuck in his feelings for a while to come.