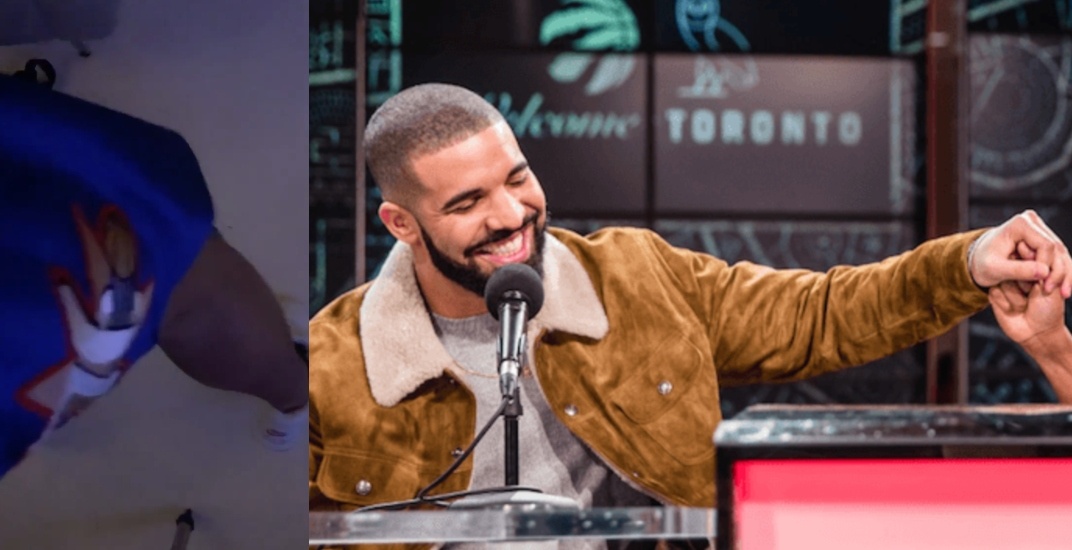 With the Toronto Raptors playing Game 7 at home, their most famous fan was noticeably absent. Drake wasn’t sitting in his usual courtside seat, instead opting to watch the game with some friends on television.

Given how much was at stake, it appears he didn’t want to take any chances with the infamous ‘Drake Curse‘ affecting his beloved Raptors. In fact, Drake took it one step further, actually wearing shorts of the rival Philadelphia 76ers – with the visual evidence showing up on his Insta-story after the game.

It worked, as Kawhi Leonard hit the series-winning shot at the buzzer to give the Raptors a 92-90 win in Game 7.