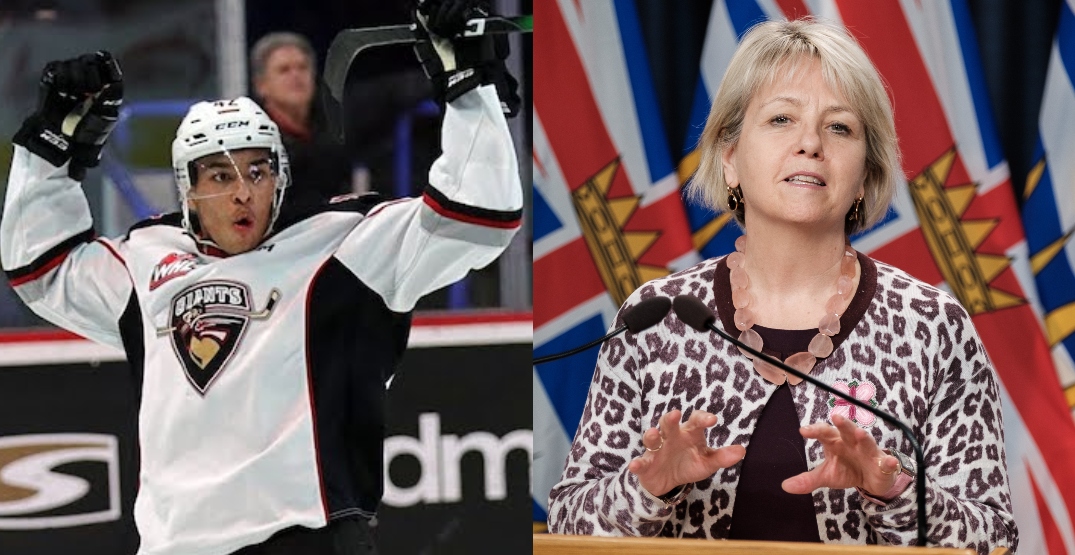 For the first time in nearly a full calendar year, the Vancouver Giants have approval to play.

The Western Hockey League’s (WHL) five BC-based teams were given the go-ahead by Provincial Health Officer Dr. Bonnie Henry today to begin their seasons in hub cities of Kamloops and Kelowna. The Vancouver Giants, Victoria Royals, Kamloops Blazers, Kelowna Rockets, and Prince George Cougars haven’t been able to play games since the pandemic shut down operations on March 12 of last year.

The WHL was forced to cancel the remainder of its season, and wasn’t able to start up on time for the 2020-21 season either.

The five BC teams will play exclusively among themselves to limit travel and reduce contacts. The WHL’s Albertan teams in Calgary, Edmonton, Red Deer, Lethbridge, and Medicine Hat had already been granted approval to play, which they did as of on February 26.

“The WHL appreciates the cooperation we have received from the Provincial Health Officer and health officials in BC as we work toward a safe return to play in the BC Division,” said WHL Commissioner Ron Robison. “With our extensive protocols and the necessary approvals now in place, we are looking forward to play beginning in the Kamloops and Kelowna Hubs. We are excited to now have all four WHL Divisions returning to play as it was our objective from the onset to deliver a season for all of our players.”

The Giants, Blazers, and Cougars will be based out of Kamloops, while the Rockets and Royals will call Kelowna home. They’ll play a 24-game season beginning on Friday, March 26.

This is a big deal for junior hockey players, who need to play games in order to showcase their abilities to progress in their careers.

The news isn’t as good for the BCHL, which is still trying to get approval from the province.

A team of public health inspectors, medical health officers, and people from WorkSafe and ViaSport have been tasked with providing Dr. Henry with recommendations, and so far the BCHL plan hasn’t met approval.

“Right now they are continuing to work with the BCHL, and with our regional teams because the plan is dispersed around the province in a way that’s slightly different from the Western Hockey League,” said Dr. Henry. “So that is still in the consultation process, and there have been a number of concerns identified — I’ll be blunt about that — that need to be addressed before that can happen safely and I know timing is an issue, and whether those can be worked out or not I am not clear.”

A number of health and safety protocols have been set up, which of course includes no fans in attendance at games and mask-wearing at all times except for players when on the ice for games and practices.

“The WHL has developed an extensive set of protocols and believe the protective cross-Hub environment will provide a high standard of safety, for not only players and staff, but the Kamloops and Kelowna communities at large,” the WHL announced in a media release.

Players will self-quarantine beginning on March 6, before reporting to hub cities on March 13. They’ll get a COVID-19 test upon arrival, followed by an additional quarantine period afterwards. A second negative COVID-19 test is then required before participating in any team activities.

Enhanced screening for all players, staff, and officials will take place on a daily basis. Teams will conduct weekly testing, with anyone returning a positive test resulting in the suspension of activities for a minimum of 14 days.

To watch the games, fans can check out WHL Live on CHL TV, including freeview opportunities for each team’s home openers, by visiting watch.CHL.ca.