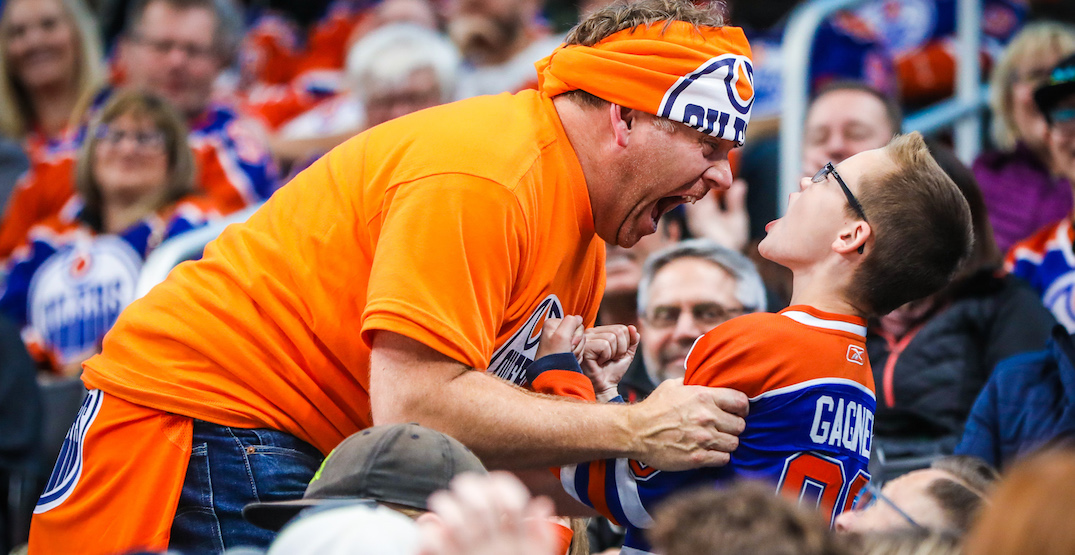 The Edmonton Oilers believe they can safely host fans again at Rogers Place, and they have submitted a plan to Alberta Health.

If approved, it would make the Oilers the first team in Canada to welcome back fans to NHL games since the pandemic shut down operations last year.

“We have been in regular communication with Alberta Health on all aspects of our operation dating back to the start of the pandemic,” said Tim Shipton, Oilers Senior Vice President, Communications and Government Relations, in a statement provided to Daily Hive.

Shipton pointed to the success Edmonton has had hosting games during the pandemic, which includes the bubble set up for the 2020 Stanley Cup playoffs and the 2021 World Junior Championship, as well as increased health and safety protocols for Oilers home games this season.

“We are continuing that dialogue as it relates to the Return to Fans at Rogers Place. We believe we can host fans in Rogers Place and do it as safely as any venue in the world, based on our track record and expertise. We’ve also gained knowledge and best practices through conversations with many other venues that have opened to fans across the NHL and pro sports.

“But, we will only move forward with the plan, in conjunction with Alberta Health, as they ultimately need to sign off on the plan.

“We are not putting a timeline on fans coming back and we are not going to rush this process. It needs to be done safely, and in accordance with all public health measures and best practices to combat COVID-19.”

More and more teams south of the border have begun welcoming fans back to rinks this season. A total of 16 of the NHL’s 24 American-based teams are currently allowing fans to attend games or have plans to allow them at games this month, in a limited capacity, according to Stephen Whyno. Increased health and safety protocols are present for all teams allowing fans, with spectators required to wear masks and seating spaced out.

The Vegas Golden Knights welcomed back fans at their game on Monday for the first time, with 2,605 people (15% capacity) taking in the game.

Tonight there are going to be actual people sitting in these seats!! pic.twitter.com/c96n40PhuK

COVID-19 has claimed the lives of 527,794 Americans so far, including 568 people in the last day. They are further ahead of Canada in their vaccination efforts though, with 76 million doses having been administered, reaching 15.3% of the US population.