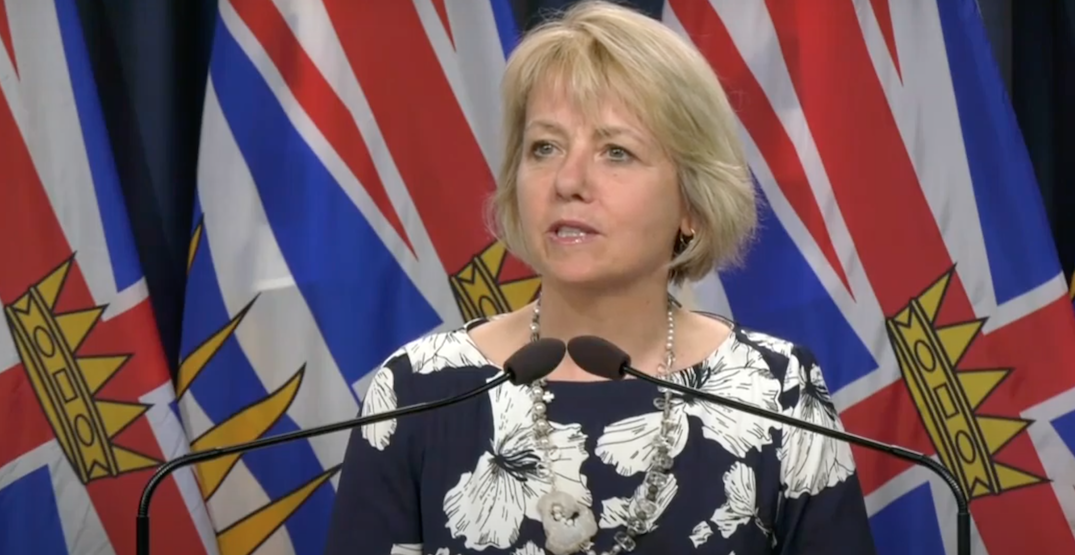 Vancouver is one of 10 cities still in the running to host NHL playoff games this summer, but that doesn’t mean the provincial government will necessarily bend over backwards to make it happen.

On Tuesday, BC Provincial Health Officer Dr. Bonnie Henry said she was “excited” to hear that Vancouver was still in the running as a hub city, but also said she’s not going to bend the rules in a way that would compromise public safety.

“We were quite excited to hear that Vancouver apparently is still in the running, which is good news,” said Dr. Henry during the daily provincial update. “I would love to have hockey (in BC).”

That being said, “we have been very clear, and the premier has been very clear, that we’re not bending the rules in any way that would put what we have achieved here in BC at risk,” Henry furthered. “So, I’ve yet to see a plan, I’m happy to see what we can do, but we won’t be changing rules that would put anybody at risk or would undo the good work that we’ve done here so far in BC.”

Vancouver is currently one of the safest places the NHL could choose, as BC reported just 11 new cases on Tuesday, including no deaths from the pandemic for the first time in over a month.

Under the current rules, any NHL player coming into the country from outside of Canada would have to quarantine for 14 days. That could complicate things for the league, as many players are currently in the United States and Europe.

NHL Commissioner Gary Bettman outlined the league’s “return-to-play” plan today, announcing that 24 teams would compete for the Stanley Cup in two hub cities. Those cities will likely be selected in 3-4 weeks, Bettman said.

The list of cities the NHL is considering includes:

“We want to make sure to have lots of options,” Bettman told Sportsnet hosts Tim Micallef and Sid Seixeiro. “We don’t know what the world’s going to look like in three weeks. When we make that decision, we want the best available information.”

Bettman said the league would need an “unbelievable amount of testing,” but noted that it would not want to disrupt local medical needs.

Each hub city would need to host 12 teams, with each team carrying a maximum of 50 personnel (ie. a total of 600 NHL personnel). “Secure hotels,” are also required, along with an arena, practice facilities, and in-market transportation, Bettman said.

As far as that could relate to Vancouver, Rogers Arena would be the host arena, with both of the Canucks’ usual practice rinks — UBC has three sheets of ice, while Scotia Barn has six rinks used for hockey — are logical options practice facilities.

There’s no shortage of hotel options for teams in downtown Vancouver, including the JW Marriott at the Parq Casino, a close walk to Rogers Arena.