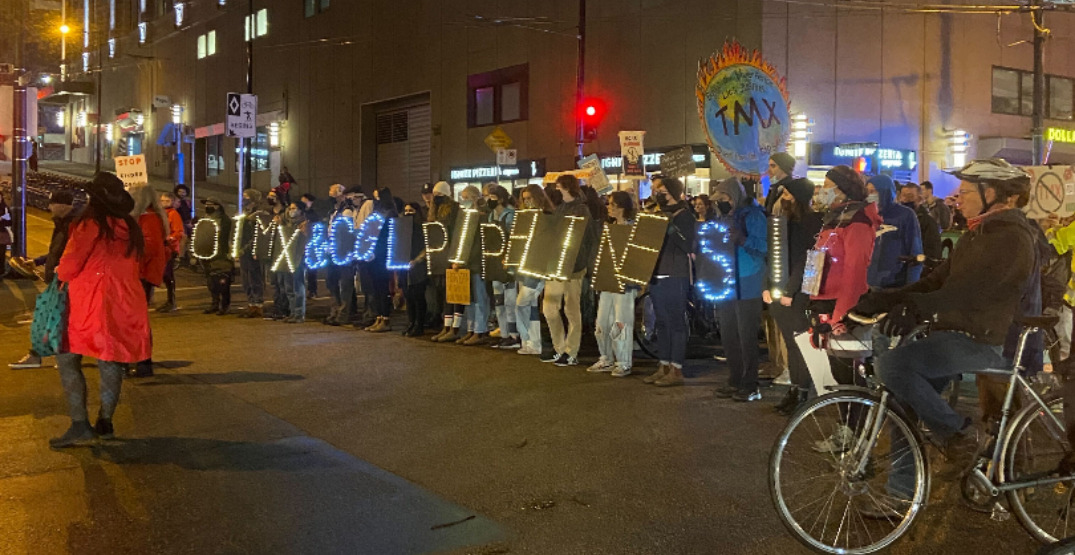 A pipeline protest taking place in downtown Vancouver is causing some major headaches for drivers.

Traffic has come to a screeching halt at Cordova and Water Streets, and there looks to be at least 50-100 protesters with anti-pipeline and climate action signs.

It is unclear which organization or group is definitively behind the protest which has disrupted traffic near SFU Harbour Centre.

Climate Convergence, a global group of climate activists, did have an event scheduled for earlier today. Several signs at the protest suggest they may be behind the demonstration.

It’s clear now more than ever that we need a mass mobilized climate justice movement, which refuses to accept what our so-called leaders offer as #ClimateAction A better world is possible, and we are willing to fight for it. See you all today!#COP26#united4climatejustice pic.twitter.com/9xbc4sHEd3

At least two VPD police cars were on the scene trying to manage the chaos. 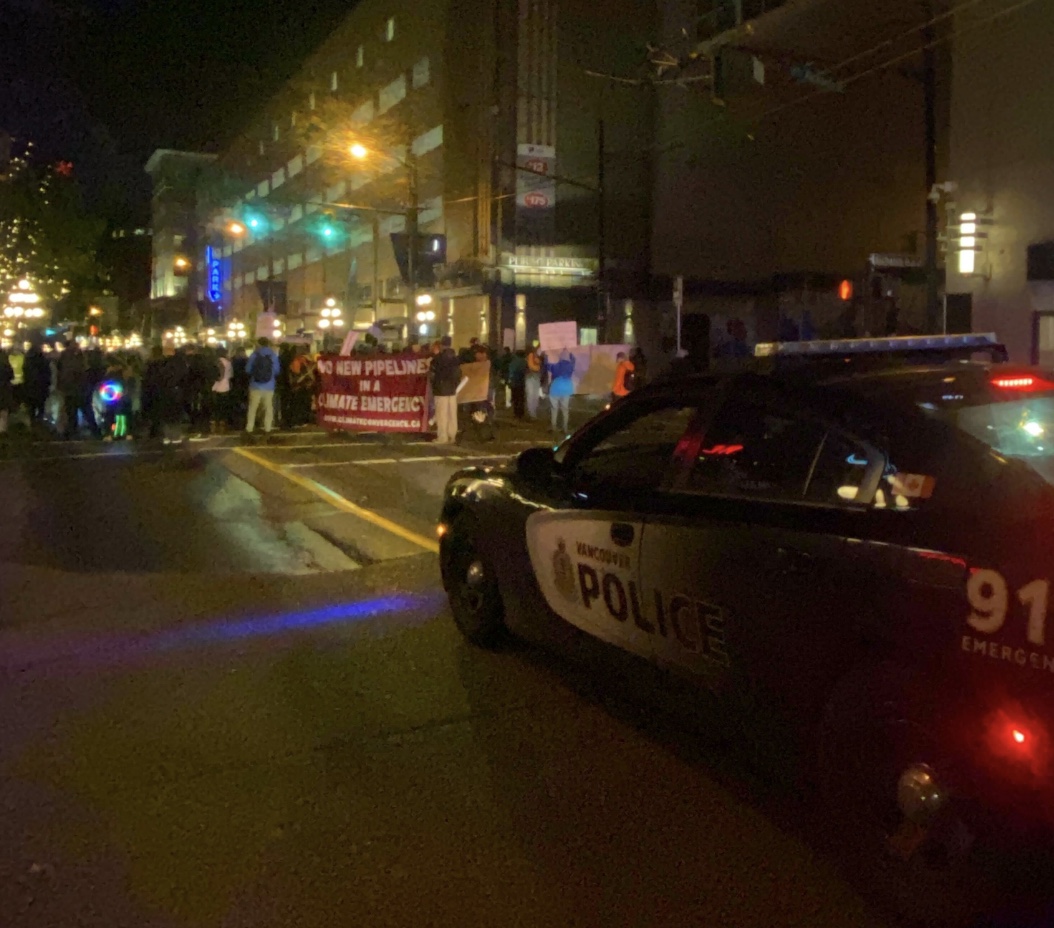 A recent post from the Climate Convergence Facebook page suggests that the group is marching towards the VPD station at Main and Cordova, claiming that three minors were arrested. 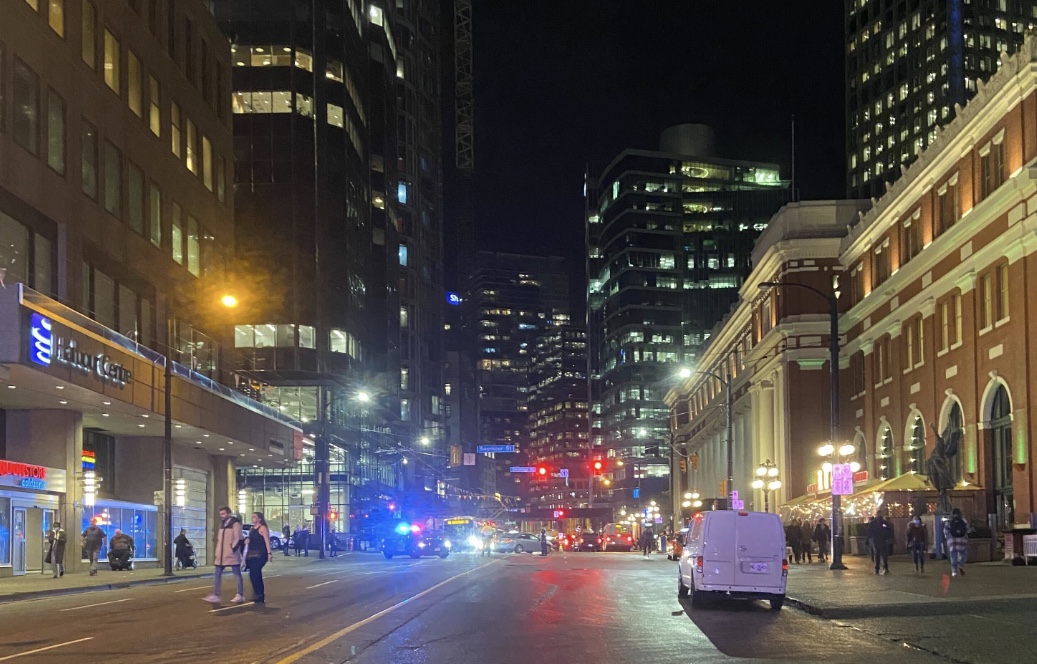 Daily Hive has reached out to the VPD and Climate Convergence for additional information.