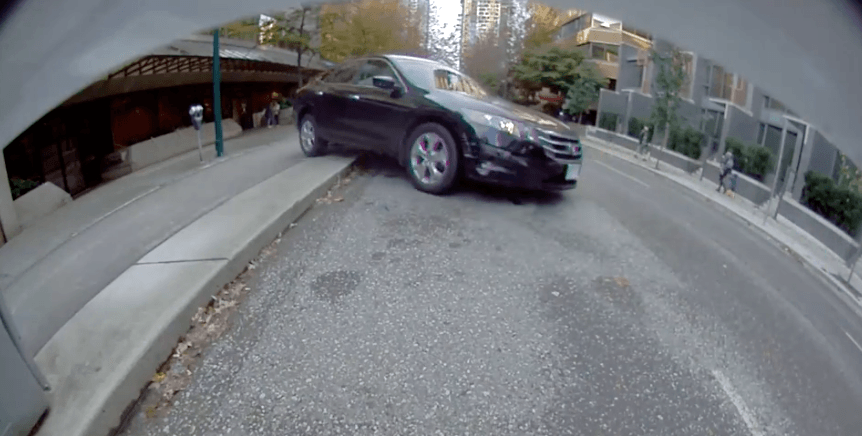 The scene of a rollover crash in Vancouver on Tuesday morning

Newly-released dashcam footage captures the moment when a car parallel parking in downtown Vancouver jumped a curb before striking several people — and flipped onto its roof.

The crash at 1148 Hornby Street Tuesday morning, which shut down traffic on Helmcken Street, sent four people to hospital.  All were taken to hospital for treatment.

Two of the people were from the vehicle, and the others were pedestrians, the VPD told Daily Hive.