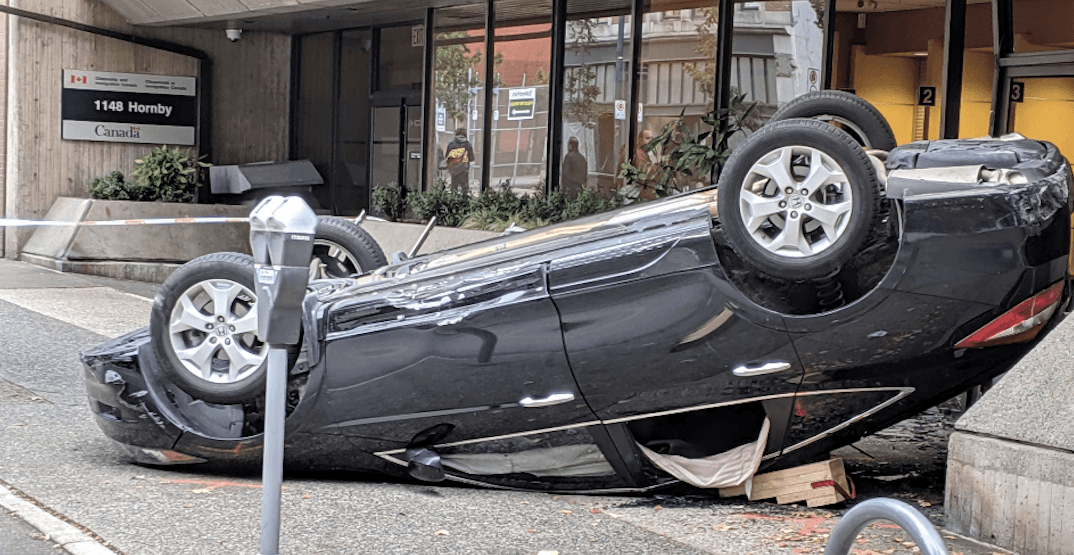 The scene of a rollover crash in Vancouver on Tuesday morning. (Eric Zimmer / Daily Hive)

A crash in downtown Vancouver on Tuesday morning shut down traffic on Helmcken Street, and sent multiple people to hospital, according to Vancouver Police.

VPD Sgt. Aaron Roed told Daily Hive that police were notified just before 9:30 am of a vehicle “which ended up hitting a building” at 1148 Hornby Street.

Police at the scene of the crash on Tuesday morning. (Eric Zimmer / Daily Hive)

“There have been four people injured and all have been transported to local hospitals for treatment,” said Roed.

Two of the people were from the vehicle, and the others were pedestrians, he added.

Roed said the condition of all the victims is currently “unknown.”

As a result, Hornby Street – between Helmcken and Davie Street – is currently closed to traffic including the bike lane, while police continue their investigation.

Pedestrians are still able to use the street on the side opposite of the crash, however. 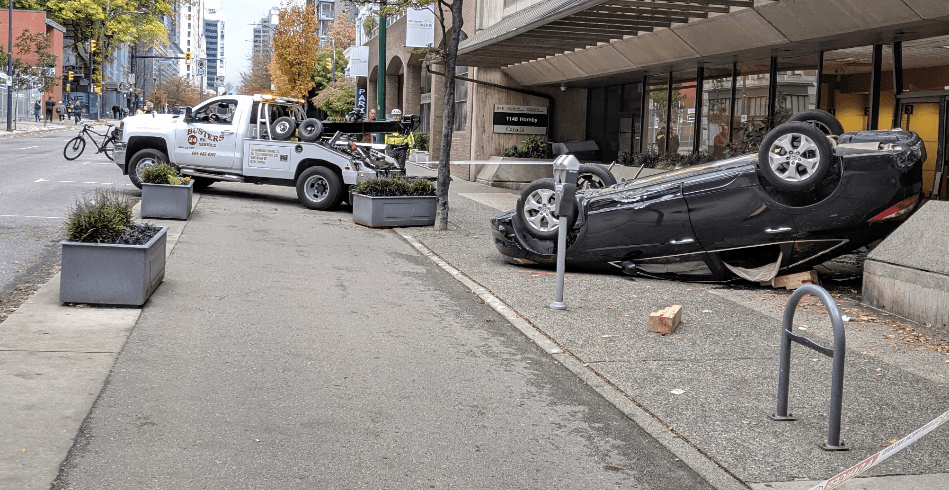 A tow truck at the scene of the crash. (Eric Zimmer / Daily Hive)

Roed said no other information is being released at this time.