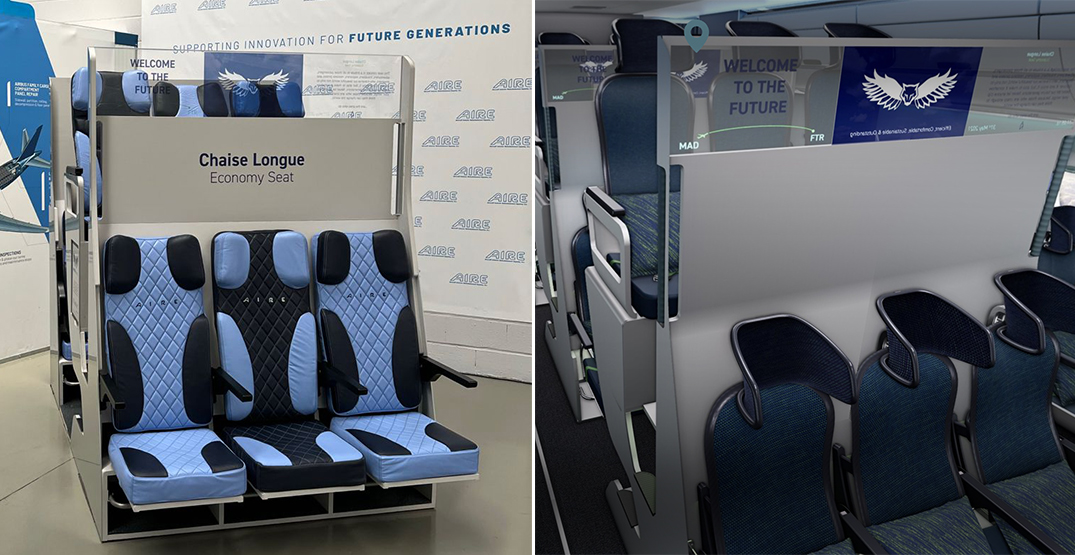 The future of flying could soon take off thanks to a prototype modelling how a new aircraft seat design could be a game changer for long-haul flights.

Founder and designer Alejandro Nuñez Vicente has been making waves in the airline industry for this unique concept, which was presented last year.

The company now has a physical prototype to convince air passengers and airlines that it’s a viable solution for full flights with cramped seating. 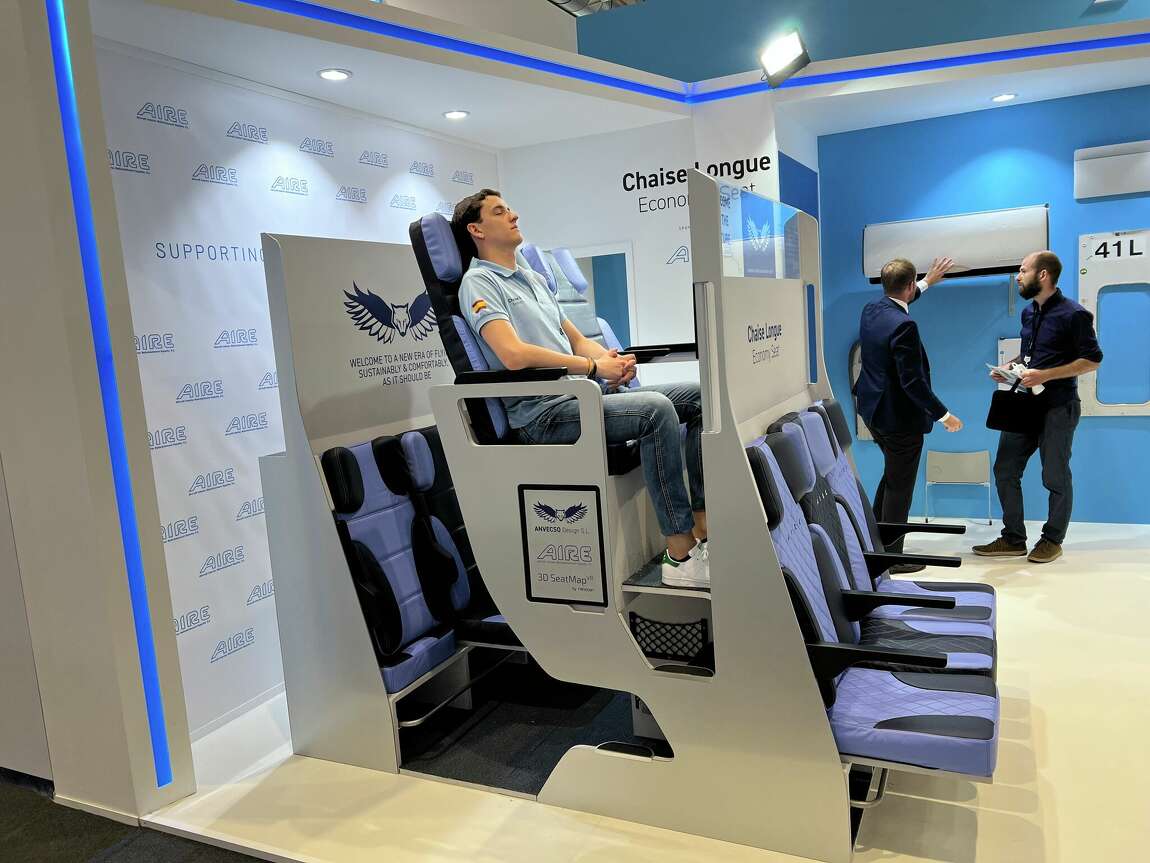 In an interview with SFGATE, Vicente insisted that this design will provide more legroom for passengers, while offering more options on how they can fly.

“The goal is to make economy travel passengers more comfortable,” he told SFGATE.

“We try to approach with passenger comfort first and then build down from there. When you give passengers more options, they will be more comfortable. They become masters of their own destiny.”

So, what are the differences between the Chaise Longue Economy Seats and the airplane seats we use now? 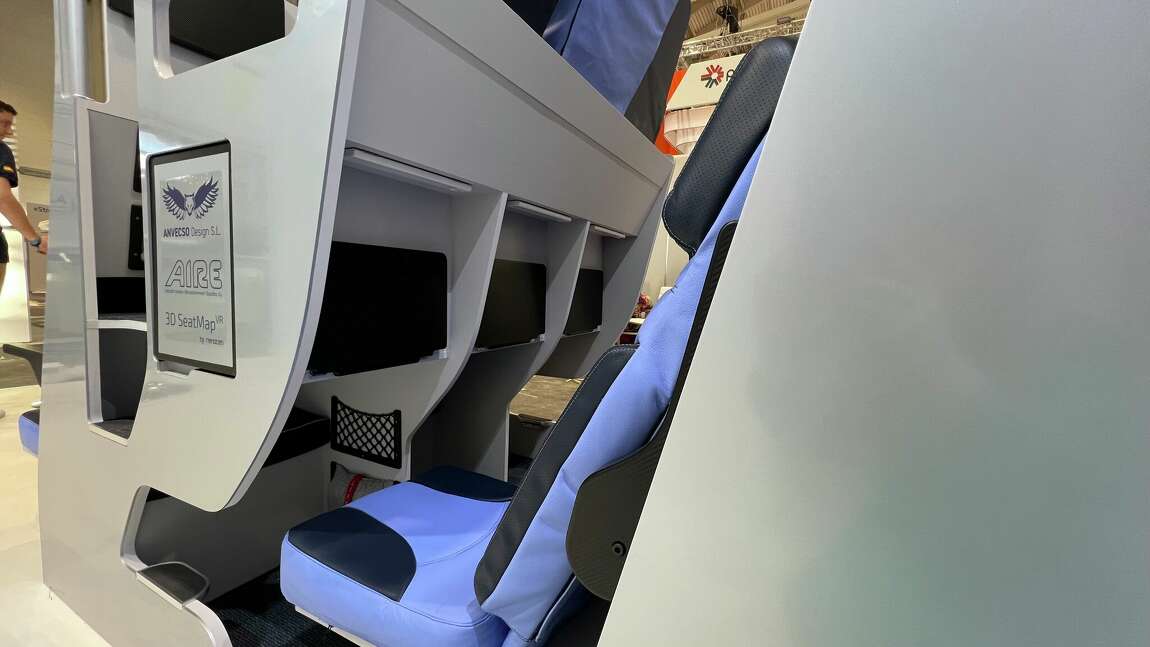 According to SFGATE, Vicente’s seats are supposed to recline 125 degrees compared to the average airline seat’s 110 degrees. There’s also supposedly more room between your knees and the seat ahead of you.

CNN’s Francesca Street got to test out the prototype in person. She says the top level is accessed by climbing two ladder-like steps. 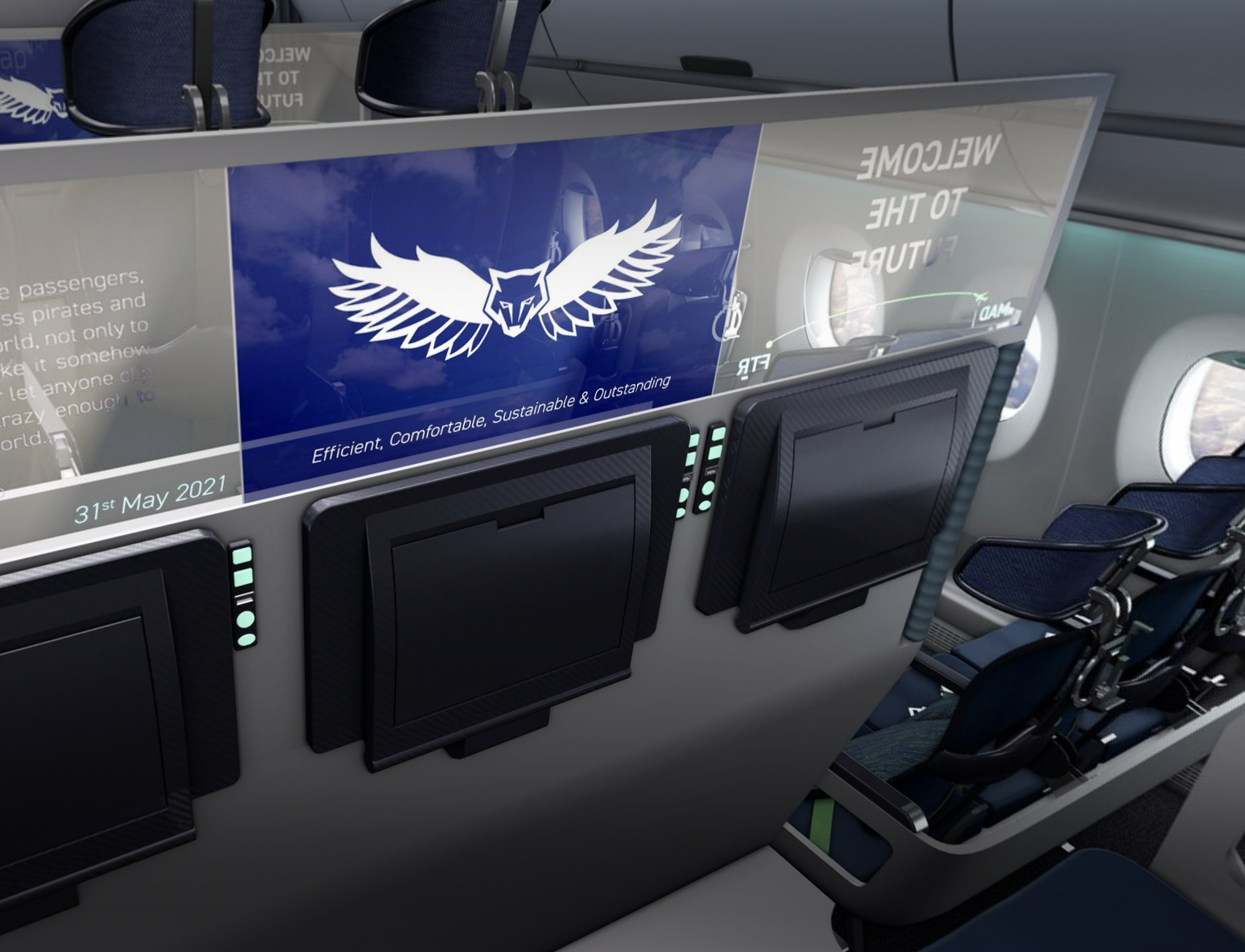 “It’s a little precarious, but once I’m up there, the seat feels roomy and comfortable, and there’s plenty of room for stretching out my legs,” wrote Street.

Having more legroom is personally important for Vicente since he’s over six feet tall.

His design also erases the overhead cabin, replacing it with space between the top and bottom levels of the seats for passengers to stow their luggage.

The bottom row, is a different story. It felt “pretty claustrophobic” for Street since the top level of seats were directly above her and in her eyeline. 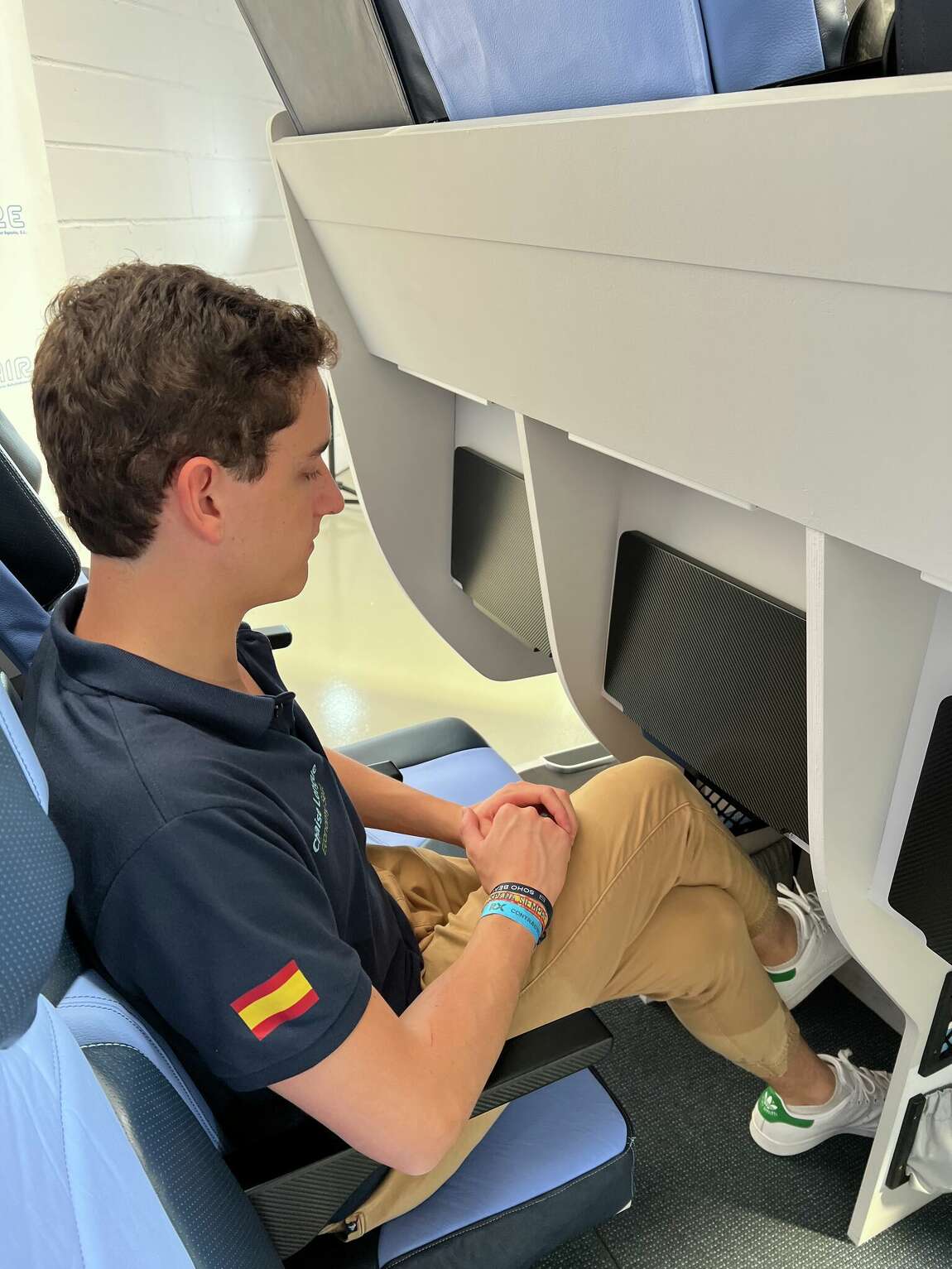 However, by not having a seat on the same level in front of her, it did allow her to stretch her legs out onto a foot rest. 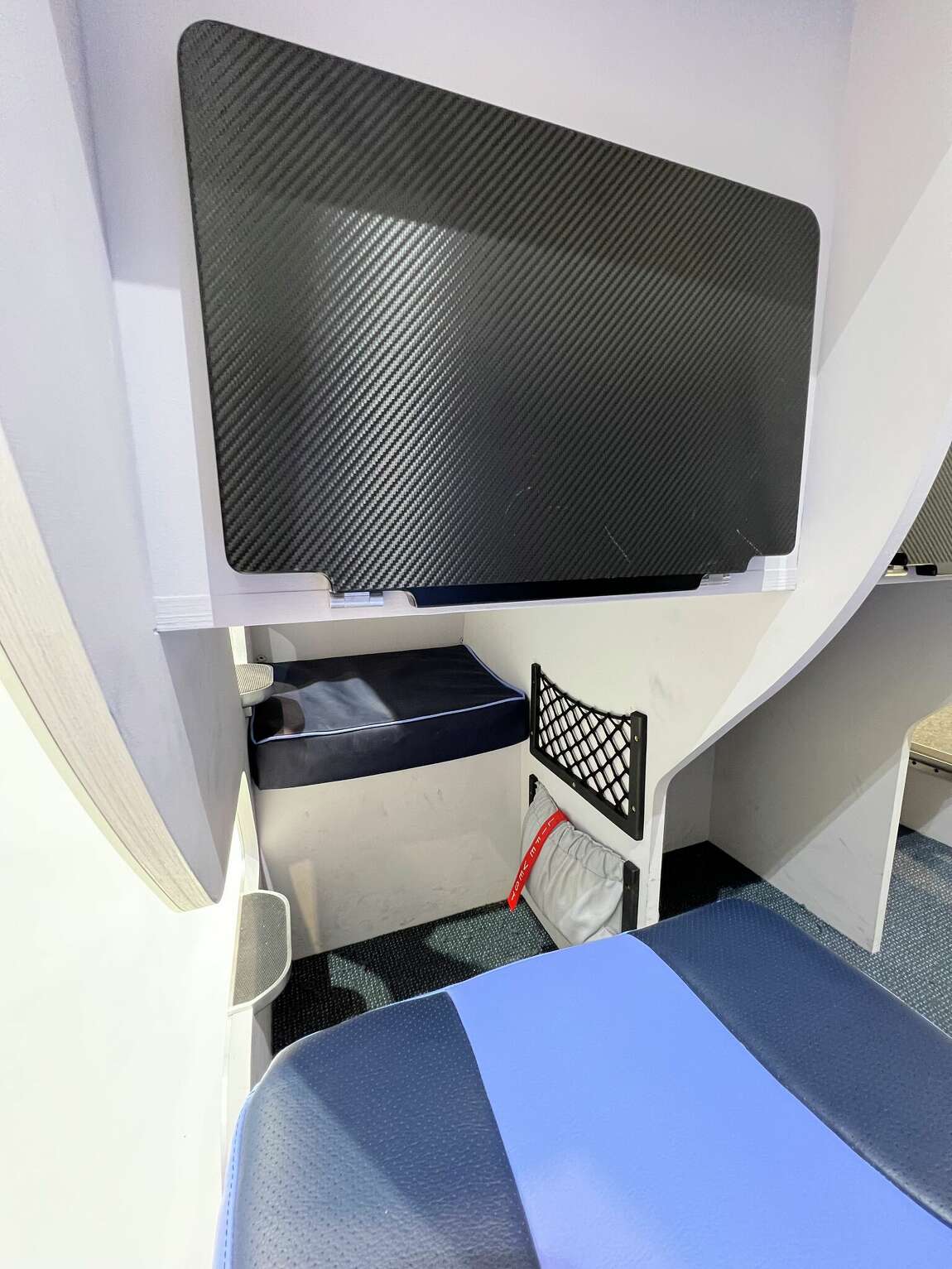 This isn’t the first time double-decker seats have been presented as a concept for the future of flying.

The Zephyr Seat, which was introduced in 2020, also takes inspiration from double-decker buses. Its design allows passengers to sleep lying down or sitting upright, while still being able to extend their legs.

Would you enjoy a flight sitting in seats like these?